Bloodstained: Curse of the Moon is a Kickstarter stretch goal for Bloodstained: Ritual of the Night. Maybe you’d think you shouldn’t expect much from it, but it’s one of the best retro games ever made.

But before the Metroidvania era, Castelevania games were different. The original 8-bit and 16-bit titles were more like traditional platformers. And instead of specializing in exploration and RPG mechanics, they focused on a slower, more methodical pace … and a punishing difficulty. Jumps are rigid — you can’t change your direction in midair — and getting hit throws you backward, often into a pit and toward your death. Those Castelvania games are challenging and thrilling, and that’s the spirit that Bloodstained: Curse of the Moon taps into.

Curse of the Moon is not an official Castlevania game … but really, the only thing that’s different is the name. The Gothic aethestic, creatures inspired by classic monster movies, the physics of your attacks and jumps, and the catchy soundtrack all take direct inspiration from Konami’s classic series. 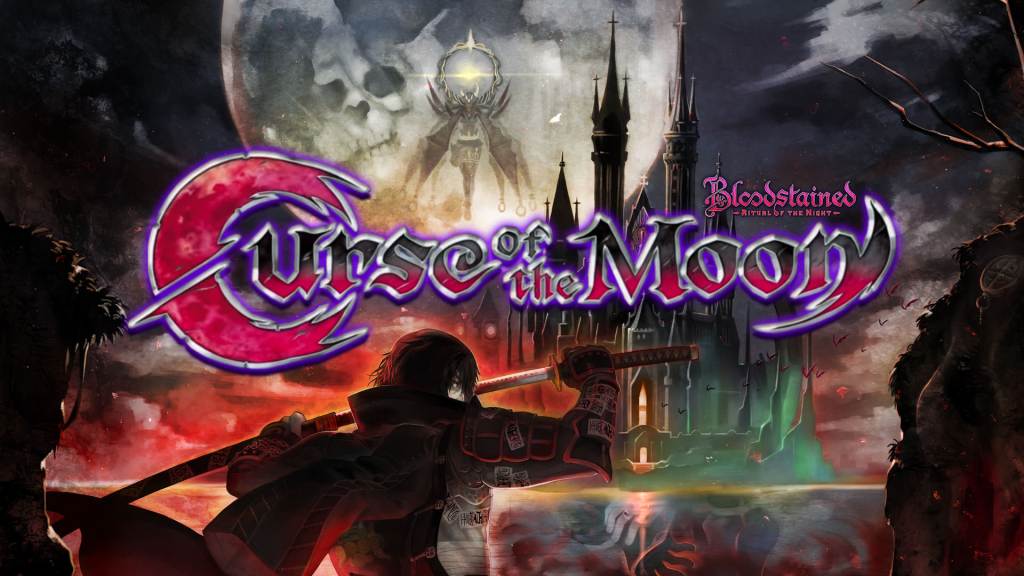 Above: Bloodstained: Curse of the Moon does a lot to remind players of Castlevania.

Bloodstained is like a Greatest Hits remix of Castlevania. As in Castlevania III: Dracula’s Curse, you can play as multiple characters and stages have different routes. Like in Symphony of the Night, the game has multiple endings and one character has the ability to turn into a bat. And, just like all those Belmonts, one character specializes in attacking with a whip.

But Curse of the Moon also brings new ideas. Unlike in Dracula’s Curse, you can switch between the game’s four characters instantly. Each one has their own attacks, abilities, and health bar, so you’ll want to switch often to characters better suited for whatever challenge you’re facing. One can slide and jump higher, another has an attack that can hit enemies above you, while another is weak and slow but has strong magic attacks.

Curse of the Moon is also more forgiving than its forebears. Since you can switch between multiple characters with their own health bars, you can take more hits before losing a life. Checkpoints during levels are more plentiful, and earning extra lives is easy. Stages don’t fill the screen with as many enemies as some of the most brutal sections of Castlevania games, either.

In other words, Curse of the Moon does a great job of feeling like the classic Castelvania games without being quite as punishing. It’s still a good challenge, and you’re going to need some perseverance to get through it, but it won’t take as much time to master as, say, the original Castelvania.

Not only is Curse of the Moon great, but it’s surprisingly meaty. It seems like a short game. It only has eight levels. But it encourages multiple playthroughs, each with their own endings and some that unlock new content. You can go through the game at least four times and have different experiences.

Curse of the Moon comes from Inti Creates, which helps explain its excellence. That studio has a long history of working on retro sidescrollers, including Mega Man 9 and Mega Man 10. Those games helped revive that series while creating experiences that captured the feel of the 8-bit originals. Curse of the Moon accomplishes the same thing.

I’m still looking forward to Ritual of the Night, but I’m skeptical if it can surpass Curse of the Moon. This is such a fun, loving tribute to a kind of game we haven’t seen in a long time. We’ve had plenty of titles take inspiration from Castlevania — including the excellent indie hit Shovel Knight — but I love seeing a more literal successor.

This is a great example of how you make a retro game that remains true to the classics.