With Microsoft’s $7.5 billion purchase of Bethesda, everyone is buzzing about how the Xbox brand now owns huge franchises like The Elder Scrolls, Fallout, and Doom. But I’m just sitting over here thinking about Quake.

Quake is one of the most important first-person shooter franchises ever. It’s from Id Software, the same studio that created FPS heavyweights like Wolfenstein and Doom. While these franchises made the genre popular, 1996’s Quake is a pioneer in the 3D gaming realm. What Super Mario 64 did for platformers (hey, it also came out in 1996), Quake did for shooters. And then Quake III: Arena is an innovator for multiplayer, daring to forsake a single player campaign entirely back in 1999. At the time, that was a bold move.

Yet today, the franchise feels dead. I wonder if Microsoft or Id can — or even want to — save it.

Quaked to the core

While Bethesda has kept Wolfenstein and Doom relevant in recent years, Quake has languished. After Quake III: Arena seemed to help the franchise soar to a new height, the series started spiraling downward. 2005’s Quake 4 is a forgettable shooter that went back to focusing on a solo campaign. Id didn’t even bother making the game, instead getting Raven Software to develop. Now, Raven Software has made some fine shooters (I’ll always love me some Star Trek: Elite Force), but Quake IV is just OK. It felt generic and behind the times in an era where Call of Duty was emerging.

After that, the franchise’s fortunes became even more bleak. 2007’s Enemy Territory: Quake Wars was fine, but it didn’t really feel like Quake and never gathered a strong following. And, once again, Id had someone else make the game, this time Splash Damage. Then you had Quake Live in 2010, which is just a free-to-play version of Quake III that you could play in a web browser. It’s neat, but despite the Live name, it didn’t get much post-release support. It became a standalone, premium game in 2015, but interest seemed dead by that point.

Then you have the most recent entry in the series, 2017’s Quake Champions. All you really need to know about this game is that it is still technically in early access, and it’s probably never going to leave it. Champions never picked up any momentum. It always felt like an afterthought to Id Software, which was busy reviving Doom. Compared to the crisp visuals and polish of Doom Eternal, Quake Champions feels sloppy and archaic. By the accounts of its dwindling fanbase, the shooter can be fun, but you’re going to have to deal with long matchmaking times. In other words, almost no one is playing it.

Quake is at a low point. Champions is all but a dead game. The franchise seems to have no future. But now Quake has a new owner.

What to make of Quake?

But does Microsoft even care about Quake? It already has its own major FPS franchise with Halo. Buying Bethesda gave Microsoft both Doom and Wolfenstein, two shooter series with stronger followings in 2020 than Quake.

I wonder what Microsoft is going to do with Quake. It’s clear that the franchise isn’t a priority for Id, and I’m betting that Microsoft wants it working on Doom. Maybe Microsoft can find another developer to work on the franchise. I mean, that’s what Id itself did time and time again … although always with disappointing results. 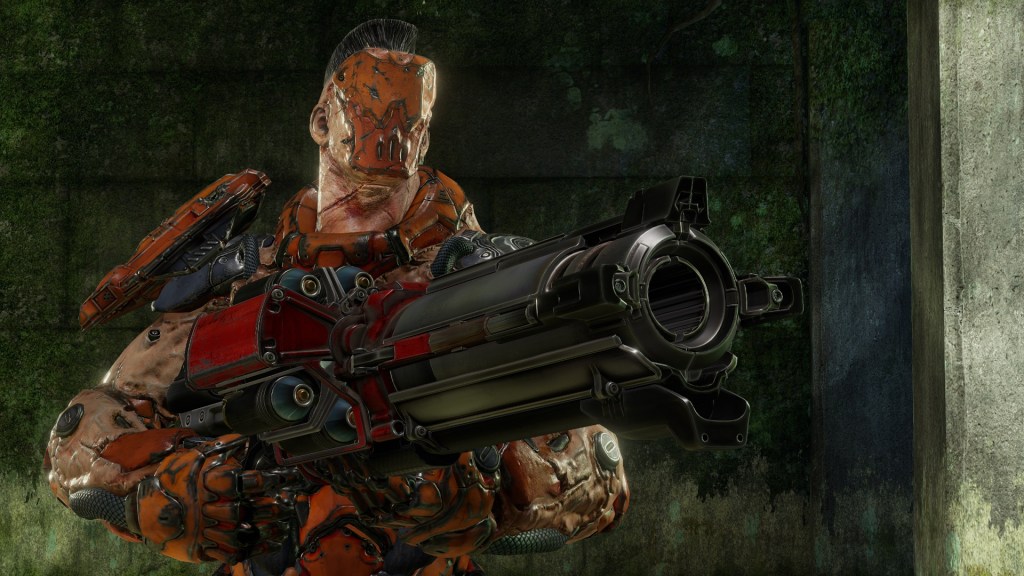 I love imagining a future where Microsoft ushers in a beautiful, exciting new Quake game that helps make those arena shooters of old popular again. But I just can’t see it. All evidence shows that most shooting fans are still interested in team-based deathmatch games like Call of Duty or battle royale experiences like Fortnite.

Maybe Quake, and arena shooters in general, have a comeback on the horizon. But I doubt it’s a priority for Microsoft.