Last week, I ended The RetroBeat by saying that I wasn’t sure the Final Fantasy VII Remake could have the same impact as the original. Now that I’ve spent a good amount of time with this inventive reimagining of the classic, I’m beginning to doubt myself.

Final Fantasy VII Remake, which is out now for PlayStation 4, is a beautiful role-playing game that is much more than a reskin of the original. It also isn’t so much of a departure that it will feel like a disappointment to old-school fans. The remake is a modern retelling that adds new lore, story elements, and systems while also carrying over what made the original so special.

And it’s the second point that I want to focus on right now. Final Fantasy VII Remake takes many of the best aspects of the 1997 RPG and brings them back, often better than you remember them.

I want to bring up the music first. Just like with every Final Fantasy game, Final Fantasy VII had an amazing soundtrack, thanks to the work of series composer Nobuo Uematsu. The remake is able to take those iconic songs and make them sound better than ever.

Part of this is thanks the actual quality of the audio. The tracks sound more full and rich. Sure, the old MIDI versions in the original have their charm, but I love hearing these songs in full orchestral glory.

But it’s not just the quality of the music — it’s how the game presents it. For example, when you’re running around an area filled with enemies, you’ll hear a low-key version of the classic Final Fantasy VII battle theme playing. When you actually start a fight, this low hum of a song amps up and becomes much more intense and energetic. I love this use of dynamic music. 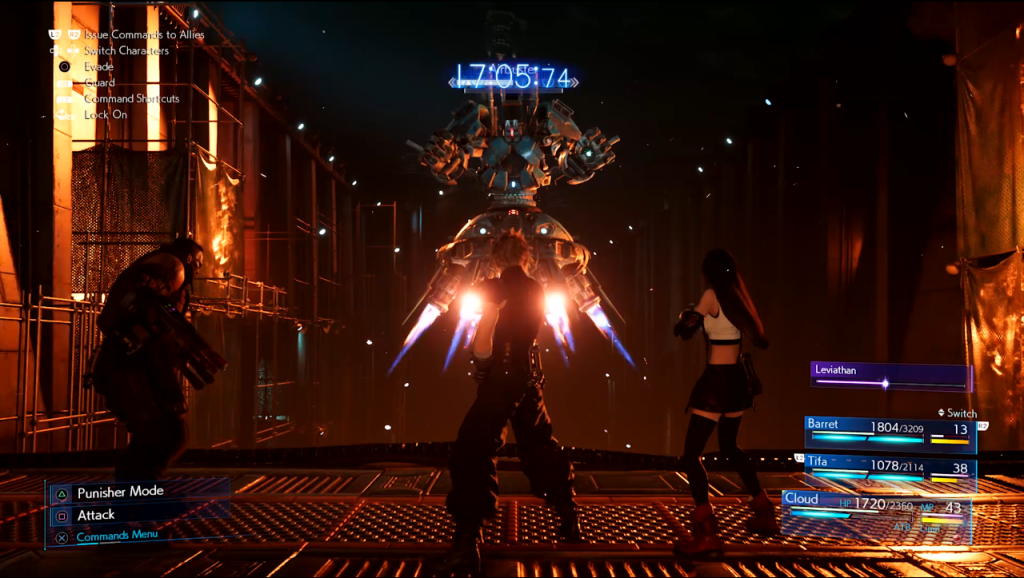 Above: I can hear the music just looking at this.

If you played the original Final Fantasy VII, you know about Materia. This is the game’s magic system. Materia is a kind of orb that you can slot into equipment like weapons and armor. Using Materia helps level it up. For example, a Fire Materia will only allow a character to use the normal Fire spell at first. After some time, you’ll unlock stronger abilities like Fira.

What’s great about this system is that you can swap Materia between characters, but those orbs will keep their progress. So when you unlock a new character, you can quickly deck them out in appropriate Materia that you’ve already been empowering.

It was a great magic system in 1997, and I’m glad that it’s come back in the remake. But it’s also seen some nice improvements. For example, you can earn Materia through a special shop that makes them available when you hit certain milestones. It’s like an in-game achievement system, with Materia serving as your trophies. Also, each character now has a dedicated slot for Summon Materia. Summons call in powerful beings that fight with you for a short while. Now, you don’t have to waste a Materia slot on your weapon in order to use one. 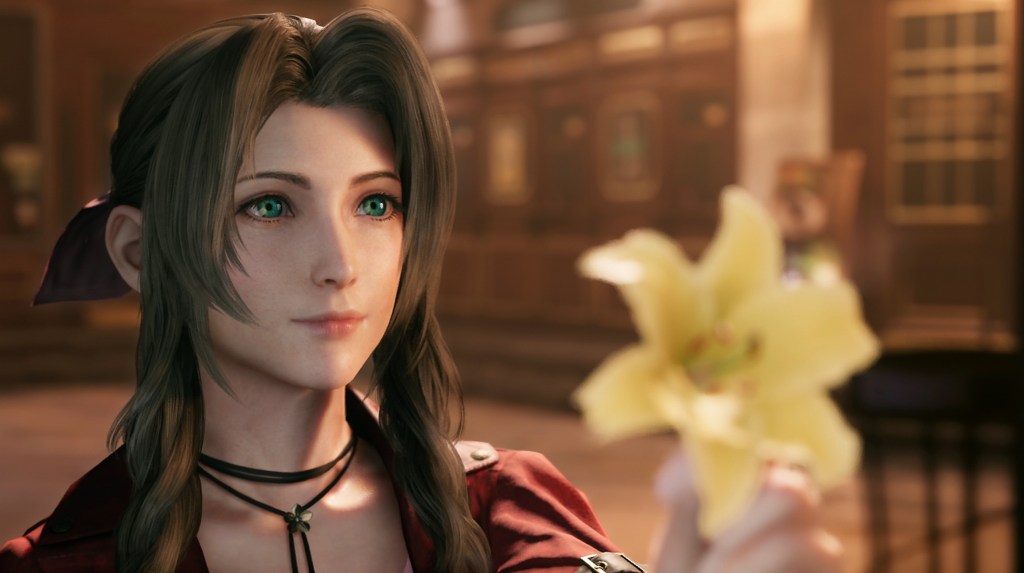 Above: Aerith is more adorable than ever.

The best thing about Final Fantasy VII Remake, however, is how it brings back and expands upon classic characters and locations. The original game had fantastic world-building. Midgar is a fascinating city, a kind of blend of steampunk and cyberpunk aesthetics. It’s a world where corporate greed has gone into overdrive, with a company/government entity called Shinra mining the literal life essence of the planet as an energy resource. In return, some citizens, including most of your party members, are part of a resistance group (or, less generously, eco terrorists) called Avalanche.

Final Fantasy VII Remake is able to make this world feel for real by exposing more details, sometimes via things you hear from chatty civilians as you walk by them. You also get to learn more about some characters that had smaller roles in the original. Avalanche members Biggs, Wedge, and Jessie didn’t do much back in 1997, but here extra dialogue and missions flesh out these characters, making them more (and the whole game) more interesting and likable.

I know some people are skeptical about Square Enix’s approach to the Final Fantasy VII remake — splitting it into multiple parts, with each expanded into a full game. But after playing a good portion of this first portion of the project, I’m all aboard. I like that this version of Final Fantasy VII is able to slow down and spend more time with each character and town.

I hope you’re also enjoying the remake if you’re a Final Fantasy fan like me. And if you want to hear more thoughts on the game, check out this week’s GamesBeat Decides podcast with me, PC gaming editor Jeff Grubb, and managing editor Jason Wilson!