Like everyone else, I’ve been playing that hot Naughty Dog game. Yup, that’s right, Jak & Daxter! OK, I guess the headline gave that joke away.

But, yeah, here I am, playing through a defunct 3D platforming series instead of the newest, biggest game in the world that happens to be from the same studio. I’ll get to The Last of Us Part II soon, but I’m having so much fun exploring Jak & Daxter that I’m not sure I want to quit until I finish the trilogy.

If you don’t know, Jak & Daxter was Naughty Dog’s next franchise after it stopped working on Crash Bandicoot games. It comprises three main titles, a racing game, and two PSP spinoffs. Aside from those latter two, the rest came out for PlayStation 2. The first one, Jak & Daxter: The Precursor Legacy, released as an early PS2 game in December 2001, a bit over a year after the console debuted in North America.

My home owned Jak & Daxter when I was growing up, but I barely touched it. I spent most of December 2001 playing Super Smash Bros. Melee. But after watching Sony’s PS5 reveal event last week, which featured a surprising number of 3D platformers, I had an itch to go back and play one of these games.

I’ve already played through most of the Ratchet & Clank games, so I didn’t feel a need to revisit that series. But Jak & Daxter is a bizarre blind spot in my gaming career. I mean, I like Crash Bandicoot. I love Uncharted. It’s weird that I just skipped out on Naughty Dog’s other major franchise. So I picked up the PS4 version, which is just a simple remaster/port of the original, and went to it. 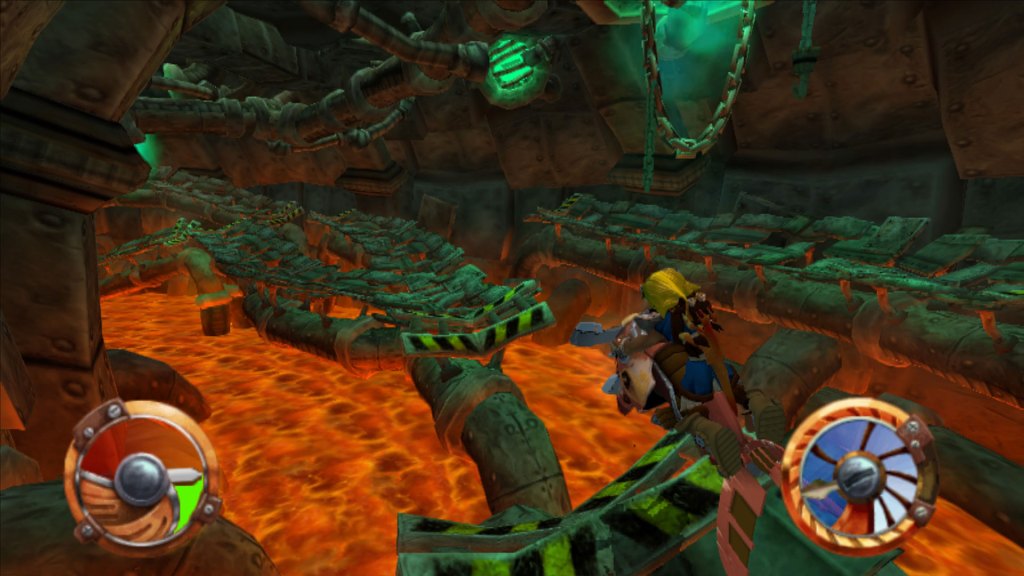 Above: It’s not a PS2 platformer without vehicle sections.

Getting to know Jak

Jak & Daxter is a game torn between two generations. At its core, it’s a relatively simple collect-a-thon 3D platformer, similar to games like Banjo-Kazooie or the Spyro the Dragon series. Your moveset is on the basic side. As Jak, you can jump, double-jump, do a ground-pound, a long jump, a spin attack taken right off of Crash Bandicoot, and a dashing punch. It’s not as creative an arsenal as we’ve seen in games like Banjo or Spyro. And oddly, Daxter doesn’t contribute anything to the actual gameplay. He just sits on your shoulder and waits for a moment to crack a joke. Like, you know how Kazooie lets Banjo do things like shoot eggs and run faster? Or how Clank gives Ratchet a hover boost to a jump? Daxter doesn’t do anything like that. He’s just along for the ride.

The controls also don’t offer the same amount of acrobatic freedom as the 3D Mario games. You can’t bounce off of walls or anything like them. The platforming in Jak & Daxter still feels good, though. The jumping mechanics, as simple as they are, feel precise. And even though the moveset is basic, it does offer some depth. For example, doing a spin attack in the air gives you a little boost in height. Doing one after a double jump can give you even more momentum and distance for your platforming.

Jak & Daxter’s real innovation comes with its scale. Unlike with Mario, Banjo, or Spyro, this game takes place in one big world. Sure, it is separated into different sections, each with their own themes and allotted amount of knickknacks to collect. But these levels are all connected to one of three hub areas, which are also connected via short vehicle sections. It all feels like one continuous world that isn’t separated by doors, magical portraits, or portals. You also barely notice any loading times, which is fascinating to see in a 2001 game, considering how short loading times are being touted as such a major feature of the next generation of consoles. 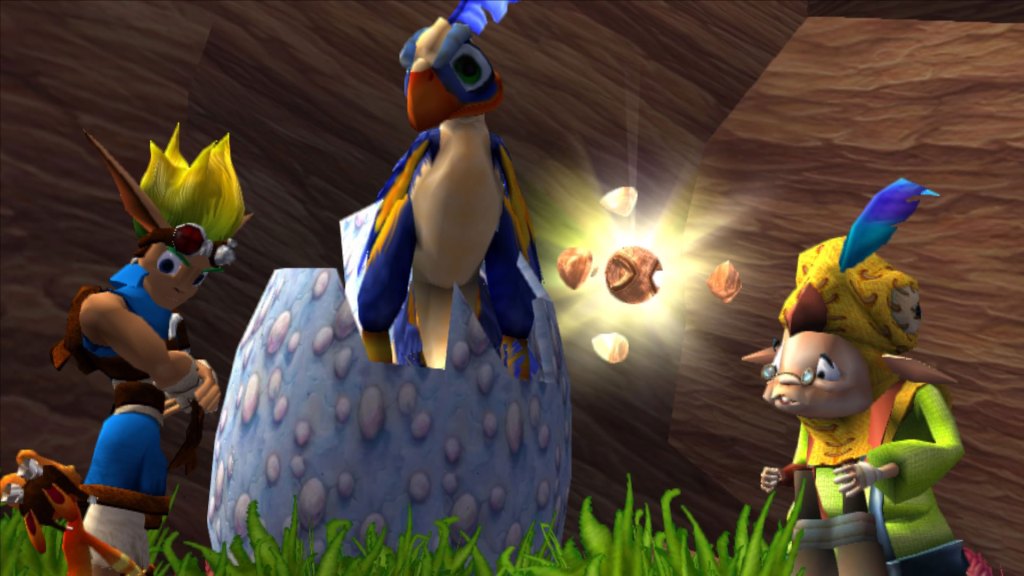 Above: Each character has a strong personality.

The game also excels at offering character and charm. Jak & Daxter’s world has all sorts of inhabitants, each brought to life with the sort of cartoon-quality voice acting and animation that was rare for its time. And even though Daxter sometimes gets close to being annoying, the sidekick is more often amusing.

Jak & Daxter is not the most ambitious game in Naughty Dog’s history, but it still offers a fun 3D platforming challenge in that Banjo-Kazooie style. It feels like Naughty Dog wanted to show how the PS2 would enable them to make something similar to Crash Bandicoot, but much bigger. Gone are the individual, linear corridor levels. Instead you get connected areas and a lot of freedom.

It doesn’t reach the heights of the classic 3D Mario games, but I like it as much as Banjo-Kazooie or Spyro the Dragon. I appreciate the scale, even if the game’s mechanics are not nearly as ambitious.

Next time, I’m going to talk Jak II. The sequel is where the series goes in a bizarre, fascinating direction, taking less inspiration from classic 3D platformers and more from the burgeoning open-world genre, specifically Grand Theft Auto III. And if you’re looking for ambition, this has plenty of it.