NBA Jam is going to celebrate its 25th anniversary this year. ESPN wrote earlier this month that a reboot may be in the works. I think that this is bad idea.

Don’t get me wrong: NBA Jam is great. I don’t want to say it was great. That would insinuate that the game has aged poorly. I believe it hasn’t. I could play the Genesis version right now and have a great time. I just don’t think that NBA Jam has much a place in 2018.  Everything that made it so memorable was heavily intertwined with the ’90s. We actually thought that saying “boom shakalaka” was cool then.

And today’s gamers already have their NBA Jam. NBA 2K18 was No. 2 best-selling game in the U.S. in 2017. That series is at the height of its popularity. Like the way Madden has dominated football gaming for over a decade, NBA 2K has now locked down basketball. And NBA 2K did it without Madden’s huge advantage: exclusive rights to the league. Madden doesn’t have any other competitiors using the NFL license. NBA 2K competes with NBA Live every year. It trounces that competition because it’s the better game.

Maybe there’s room for an NBA Jam rebirth in a niche market, like a more arcadey basketball game.

But NBA Jam did have a revival not that long ago. A reboot came out for the Wii in 2010, followed by PlayStation 3 and Xbox 360 versions the following year. It brought back gameplay similar to the original with an updated roster. The reboot received good reviews. 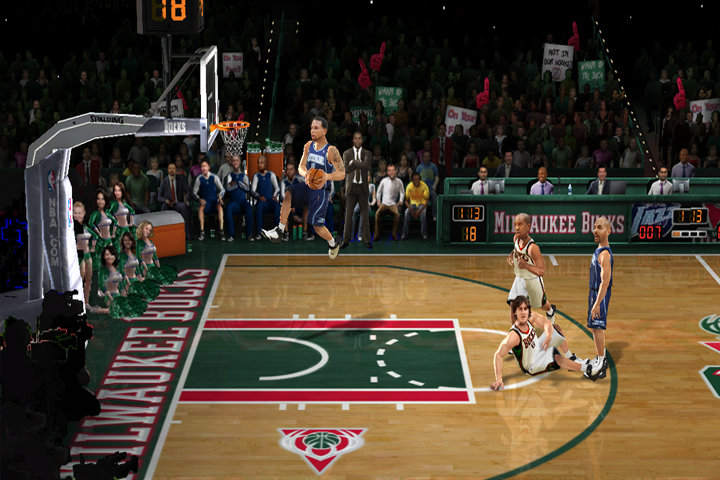 Above: NBA Jam for the Wii.

But who remembers it? The reboot had some buzz and strong initial digital sales, but it didn’t make much of a long-term impact. It drew fans of the original, people who were nostalgic for the NBA Jam they remembered. But it was not able to revive the franchise for a modern audience.

And how could it? A new NBA Jam has two choices: It can just play like the original with an updated roster, or it could try to do something more modern. If you do the former, younger players would have little interest. Do the latter, and you could turn off older fans.

Those older, nostalgic gamers are better served by playing the original, anyway. I can still put my NBA Jam T.E. cartridge into my Genesis right now and have a great time. Not only is the game still fun, but the experience can transport me back to the ’90s in a way that a reboot with updated graphics and a new roster couldn’t. I don’t want Stephen Curry and Kyrie Irving in my NBA Jam. Maybe everyone doesn’t have access to a Sega Genesis, but I’m sure the majority of people interested in playing the original NBA Jam can figure their way around an emulator.

That’s the strange thing about NBA Jam. Despite its huge success and attempts to become a franchise, it never flourished. When was the last time you heard anyone talk about NBA Jam 2000 for the Nintendo 64? 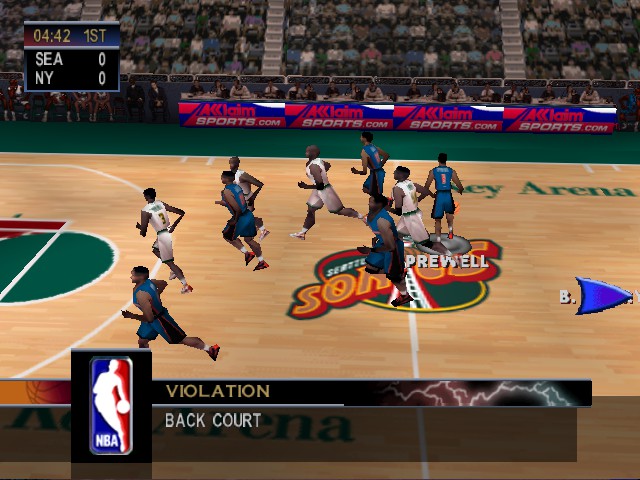 Above: Did you even remember that the Nintendo 64 had an NBA Jam?

What about NBA Jam Extreme for the PlayStation and Sega Saturn? Even 1994’s Tournament Edition was more of an update to the original than a full sequel (think of Street Fighter II: Champion Edition).

NBA Jam was never more than that one game. If you want to celebrate its 25th anniversary, just release a port of it to modern consoles. I’d be happy to have the original on my Switch. Heck, put in some online functionality, and it could be fantastic. But doing another reboot has as much of a chance of working as an Orlando Magic championship run this year.

So, good luck to any new NBA Jam. I’ll be celebrating the anniversary with the original by dunking on Bill Clinton with Big Head Mode turned on.