Paramount has delayed the Sonic the Hedgehog movie from November 8 this year to February 14, 2020. This is so the animation team has time to redesign Sonic’s look following backlash from the film’s first trailer, which featured an oddly realistic take on iconic Sega character.

As a Sonic fan since my early childhood, I’m glad this fix is happening. But a lot of people don’t share my sentiment. I see colleagues and friends on places like Twitter saying that this is another example of “whiny fans” throwing a tantrum and getting their way, making unfair work for artists that are forced to abandon their original vision.

This perspective in part comes from our experience with video games, where we’ve seen things like Mass Effect 3’s entire ending change after backlash from fans. We’re also becoming concerned (rightly) about the amount of crunch happening in game development. We’re hearing stories about stressful and unhealthy working conditions at studios like Rockstar Games and BioWare.

But the idea that this change will resulting visual effects crunch was always an assumption. Sonic’s design change for the movie was announced weeks before the film delay. At that point, the idea that this would result in crunch at visual effects studios seemed plausible. But it always felt more likely that the movie would be delayed, and now that’s exactly what has happened. That could give the FX artists time to implement the new Sonic in the film without working extra hours.

I don’t know how this change will impact the working conditions of film people. I’m not a movie person, that’s not my field. It is my understanding that visual effects are one of the few sectors of Hollywood that is not unionized, so those artists do not enjoy the same protections as actors or other on-set workers. That’s a good reason for people to feel anxious about all this in the first place.

Director Jeff Fowler is aware of all this. He addressed these concerns directly in his tweet announcing the delay, including a hashtag that reads “no FX artists were harmed in the making in this movie.”

That’s not exactly a legally binding promise, but it’s something. But when it comes to the labor behind this change, we just don’t know.

A history of dumb redesigns

But as for the artistic integrity of it? I have a harder time sympathizing there. Someone made a bad decision when they created or OK’d Sonic’s redesign. Bad decisions have consequences. 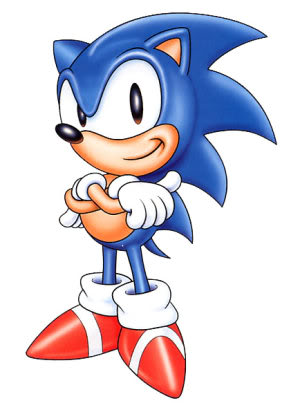 Above: Sonic’s original design is still the best.

Sonic’s first design is my favorite. He’s likable, readable from any angle, and oozes personality. This version of the character took inspiration from classic cartoons like Mickey Mouse and (especially) Felix the Cat. These round, simple characters are appealing.

But Sega just couldn’t leave well enough alone. Sonic’s first major redesign happened for Sonic Adventure’s release in 1999, giving the character longer limbs, extending his spikes, and smoothing out his appealing roundness. Sonic Generations, which has this newer take on Sonic onscreen at the same time as the original, makes it painfully obvious which one looks better.

Sega hasn’t stopped fussing with Sonic, sometimes going back to that original, classic look, and sometimes taking things even farther like with the bizarre, lanky version of the character made for the Sonic Boom line of games and cartoons. When fans first saw this version of the character, the reaction was mostly negative. Now that the cartoon is over, we’ll probably never see this ugly take on Sonic again. 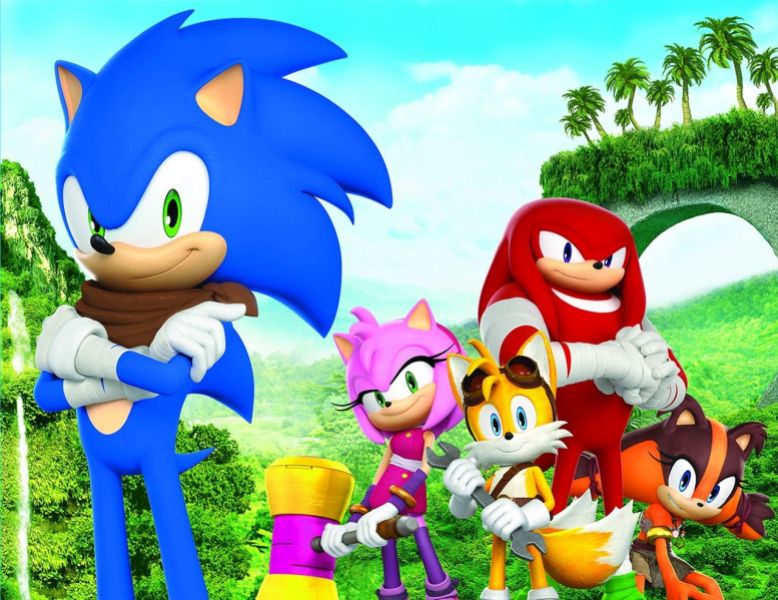 When making a Sonic movie, you have all of these designs to pull from. An artist, even one tasked with making an original take on the character, should be able to have an idea of what has worked and what hasn’t.

But the first version of Sonic made for the movie is such a monster that it makes the Sonic Boom design look great by comparison. Sonic has an unsettling musculature and human teeth, but he still manages to have proportions that don’t look “realistic” or anything like his video game appearances. It’s a mess.

And when people saw this version of the Sonic, they reacted. They said it was bad because it is bad. I’m not sure how that is whining.

It’s also a stretch to play the “will someone please think of the artistic vision” card for what looks like such a soulless Hollywood cash grab. We likely got this Sonic abomination design because he’s the product of a committee. He was made by number-crunchers who badly miscalculated how attached people are to Sonic’s video game appearances.

That’s the only reason why this redesign is happening. It’s all numbers and money. The people in charge of making this decision saw that the first trailer had more likes and dislikes on YouTube and panicked. They ran the numbers and figured that the movie would likely bomb if released as it is, so it would be worth the extra money it would cost to redesign the character and delay the film.

This kind of move isn’t unprecedented in films. The original Shrek had to change a bunch of animation for its lead character when, at the last moment, Mike Myers decided he wanted to give the titular ogre a Scottish accent.

Look, I love Sonic. I don’t want his first movie to be a laughing stock. If this change can make the film better, than I’m all for it. Artists should be free to alter things based on public feedback. If I was working on this movie, and then saw everyone say it looked awful, I would like the opportunity to fix it.

That’s why I don’t understand the idea that they’re being bullied into this change. First off, forgive me for not feeling too bad about the corporation Paramount Pictures (and its giant parent company, Viacom) having to spend more money. But it also doesn’t seem fair that people can mock and deride the original look of Sonic in this movie and also criticize the decision to change it.

Again, if this leads to unhealthy crunch, then that is of course bad. But we can’t assume that’s what’s going to happen. If it does, then I’ll agree that making this change was a bad idea. But this decision was motivated by money, not whiny fans. If you want to blame someone, point the finger at the people who thought this design of Sonic was ever OK in the first place.