The Ataribox is going to start its crowdfunding campaign on December 14. I wish I could say I was excited.

I am interested in this machine. Atari’s first system in decades will be part-retro box, similar to the NES Classic Edition, and part-modern console. It will come with built-in classic Atari games, but it will also have an AMD custom processor with Radeon graphics that will help it run some of today’s games, focusing on indies.

While this makes the Ataribox interesting, they have plenty of devices that can play new indie games: Switch, PlayStation 4, Xbox One, and PC. So what about all those classic Atari games? I love my NES and SNES Classic Editions. It’s great being able to play games like Mega Man 2, Super Mario World, and Super Metroid on my modern TV. So shouldn’t I be excited about having easy access to Pitfall and Adventure?

I’m 31. I was born in 1986, right when Nintendo and the NES were kings of the home video game market. That’s where my nostalgia begins. I frown when I hear kids or teens (or heck, young adults at this point) say that 8-bit games look too old or dated … because that’s how I feel about the Atari 2600. 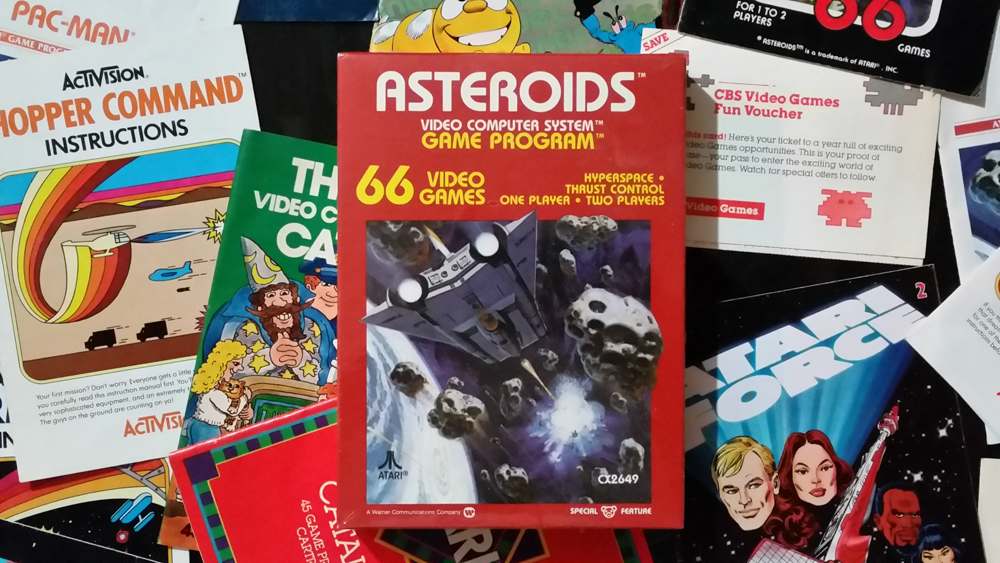 Above: That old-school box art.

Nostalgia is powerful. It can make us appreciate and love things that were never that good to begin with, simply because they can mentally transport us back to our childhood. The other day, I was listening to NPR’s Hidden Brain podcast (don’t get the wrong idea about my intelligence, as most of the podcasts I listen to are about Disney theme parks). The episode was on nostalgia. In the beginning of the show, host Shankar Vedantam played songs from different eras. This included Queen’s “We Are the Champions” from 19977 and Spice Girl’s “Wannabe” from 1996.

Ask me which song is better, and I’ll always say  “We are the Champions.” But hearing “Wannabe” gave me a fuzzy feeling. It transported me back to my childhood. It reminded me of specific memories, like eating dinner with my family at Outback while the song played in the background, laughing as we tried to figure out exactly what “zigazig-ha” meant. This was the point that Vedantam was trying to prove. Nostalgic things make us feel good and transport us to our past.

But is that really why I my love of home video games only extends to anything made after the NES debuted? Even being fully aware of the effects of nostalgia, I have my doubts. I don’t think gaming wasn’t able to reach a certain degree of excellence until it moved beyond the Atari era.

Games looked simpler in the Atari games, but they also had fewer mechanics. These were arcade-style games, many of them ports of arcade hits like Frogger, Ms Pac-Man, or Missile Command. These are fun games, but that style can only get you so far. It can provide entertainment, but those games rarely provide any other kind of fulfillment. Super Metroid can instill a sense of loneliness or dread. Mega Man 3 can excite me with intense boss fights and catchy music. Pac-Man has me eating dots while I avoid ghosts. 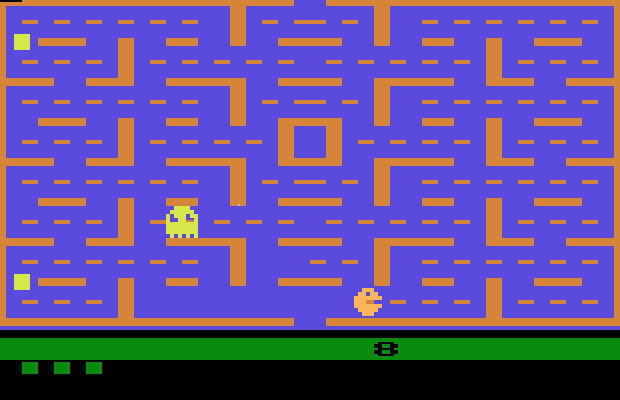 Above: Not my Pac-Man.

I don’t mean to be dismissive of Atari games, but I do think there’s a reason that even younger gamers are willing to go back to NES classics but not any further. Just look at many streamers and speedrunners. Many of them will play games from before they were born, including NES classics. Why? Heritage is part of it. Many of the franchises that started on the NES are alive today, like Mario, Zelda, and Final Fantasy. Those series can attract new fans who will then become curious about its older releases.

But I do think quality has something to do with it. If you poll people of all ages and ask them what they’re favorite games ever are, you’ll still find plenty of 16-bit and 8-bit classics included. I can’t recall the last time I saw anyone’s top 10 list include an Atari game.

There’s also the arcade problem. I do have some nostalgia for games like Pac-Man or Galaga, but that comes from seeing old machines in mall or movie theater arcades. And those version look and play better than their Atari counterparts. Back during the age of the 2600, this was fine. Much as we accept Switch games having worse graphical fidelity than a PlayStation 4 or Xbox One title, it was an acceptable compromise to have those arcade games downgraded if it meant you can play them at home. But today, if I want to play Pac-Man or Missile Command, I’d rather just go to an arcade.

Perhaps I am still blinded by my nostalgia. Maybe I am overstating the NES’s appeal beyond my generation, while understating the draw that younger gamers might have toward Atari. Exposure might also be my problem. I might have just not played enough of these games to fully appreciate them.

Do others feel the way I do? The AtariBox will prove the ultimate test. Will it just be a nostalgic box for people who grew up in the late ’70s and early ’80s, or will it attract a wider range of gamers?