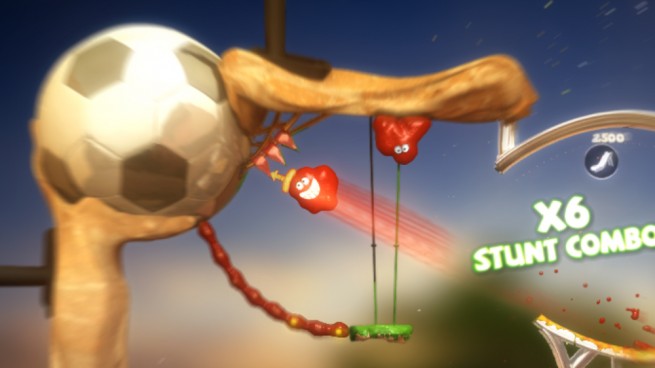 Below, you’ll find a surprisingly interesting interview with Niv Fisher, the founder of SpikySnail Games Studio and developer of The Splatters for Xbox Live Arcade. I say “surprisingly” because I had originally intended to contact Fisher regarding The Splatters’ inclusion among the 12 Days of Xbox Deals holiday sale and nothing else. But as I did my due diligence on The Splatters, a downloadable title released last year on April 11, I came up with more and more questions, inspired particularly by the company’s blog posts.

Fisher seemed very honest and up front about the struggles of making SpikySnail’s first game and what to do with it now. I sensed that the sliver of information he’s provided publicly thus far was just a tease from someone with a lot to say. And, as an impending indie developer myself, Fisher’s experiences and lessons learned could soon be my own (for better or worse), so I eagerly sent him an email Q&A several times longer than I first planned.

Among the topics covered are selling games on Xbox Live Arcade, the actual impact of reviews on sales (which I’ve started to expect are more disconnected than most people dare imagine), and properly marketing a hard-to-describe game. I’d like to thank Fisher for his time, and although it’s not uncommon among indie developers, I think if more of the bigger studios were honest like this on even basic talking points (instead of waiting for everything to hit absolute rock bottom), the industry would be a much better place.

GamesBeat: Can you give a brief introduction to The Splatters, your team, and the development cycle the game originally went through?

Niv Fisher: The Splatters is a physics-based action-puzzler. It’s kind of hard to capture in words because its gameplay is truly unique. It’s pretty light on puzzle elements in the traditional sense and relies more on player skill, execution, and real-time response rather than careful planning. You play a band of acrobatic creatures paving its way to fame. Each stage challenges you to take out a set of explosive pods in the most creative way you can figure out. You have an arsenal of moves and stunts at your disposal, but it’s really up to the player to figure out the most spectacular way of doing it. It’s lighthearted and very, very messy.

I’ve heard people describe it as a mix of Peggle and World of Goo, which is OK for a one-liner. But it is much more than that. It’s about how amazing our brains are — people, collectively, not us at Spiky Snail — at figuring out stuff. How simple interactions can bring control and direction into what seems like a chaotic system. Not sure I’m making a ton of sense, but I said it anyway.

We started working on it almost four years ago, at which point we really didn’t know where it would take us. I started working with two childhood friends — Sagi Koren and Alon Shama — that have always wanted to develop games. We felt like we had enough experience between us to pull off something worthwhile and [so we] started trying out our ideas in our spare time — until we felt we have something that interesting enough to justify more serious involvement.

After a year and half of prototyping, we submitted the game to the 2011 [Independent Games Festival] under the name “Confetti Carnival” and were luckily nominated for Technical Excellence that year. That was an inspiring experience and a really big motivation boost. That also resulted with us getting the opportunity with Microsoft Games Studios for an XBLA deal. Shortly afterward, the ninja coder Daniel Ridner joined our team as we pushed toward the launch. 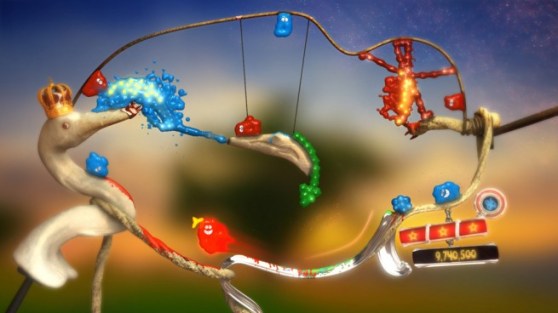 GamesBeat: How did the game perform up till now? Have you noticed any interesting sales trends on Xbox Live Arcade or what impact all the good reviews had on actual sales numbers?

Fisher: This being the very first game we ever released on this scale, I’m very happy with the reception. It reviewed pretty well for the most part, but the player response especially was a real treat. With regards to sales, certainly not as hot, but it actually performed reasonably well considering the circumstances. For better or worse, I don’t think reviews carry the weight they are often assigned.

We ended up with a launch date squeezed between Fez, Minecraft, and Trials Evolution, which needless to say are all pretty tough to compete with for attention. But still, I don’t even think that had such a significant impact — I think most games don’t really “compete” in the usual sense. It’s like saying sushi is taking market share from strawberry ice cream.

XBLA’s marketplace has gotten way tougher in the last couple of years with a few titles getting lots of promotion, exposure, and sales, and the rest are getting hit pretty hard. At least compared to how it used to be, the store certainly hasn’t grown “well.”

There’s a combination of several factors, which I still hope Microsoft will address at some point. I feel the current dashboard just doesn’t work well as a storefront, especially if you want to encourage discovery or diversity. Games are hard to find, there’s no friend recommendation system, and lots of the store promotional space goes toward nongame applications — and now, also downloadable retail games. Sales are usually poorly promoted, and dashboard placement is sold and bartered with. Small developers like us have very little to offer here and are often left on their own. 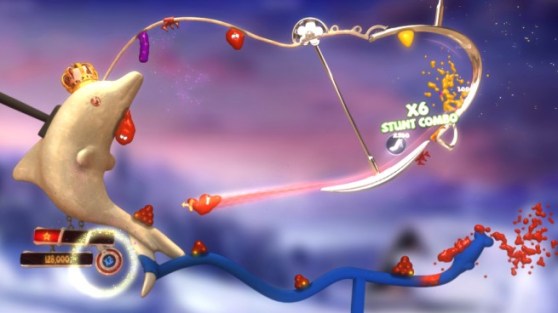 GamesBeat: How did the price drop and being featured during the 12 days of Xbox impact sales of The Splatters?

Fisher: The Splatters was on sale for only one day, but with a very significant price drop. It was, by far, our best-selling day ever. Having already done a couple of sales before, it just goes to show the power in-dashboard promotion has over everything else, including reviews or media coverage. If this was something Microsoft would do more regularly, I think it would do a whole lot toward a healthier marketplace. It’s really nice to have a big hit like Minecraft break all previous records, but that’s really saying more about Minecraft than it is about XBLA in general.

The first couple months after launch, we were pretty disappointed with the sales. But looking at the numbers since, we’re actually in very good company, sadly. Meaning, we’re not the only ones getting hit, and great games are getting lost in that store, which is a real shame.

GamesBeat: You’re planning an enhanced version of the game for Steam. Can you detail what that process has been like since the XBLA release? Is The Splatters your company’s sole focus, or do you currently have eggs in different baskets?

Fisher: After the XBLA launch sunk in, we decided we wanted to do another design iteration before moving on. So what was initially planned to be a straight-up port to PC and other platforms ended up being much bigger. Luckily, the awesome people at Indie Fund were willing to help out and enable us to spend more time on our design rather than rush out with the hope of getting more revenue coming in from ports.

There’s a point I need to make here. I’m not ashamed to say we did some of the things wrong in the first launch. This is our first game — like ever! If those were fundamental things with the design that were wrong, we probably just have moved on with the lessons we’ve learned. But we still feel that Splatters has so much to offer and just didn’t reach the audience it could have. Yes, there are some things we could have done better in the delivery of the mechanics, but the mechanics themselves are solid, interesting, and unique — unique to the point of almost being so alien to players that they misinterpret it and label it as something like ‘Angry Birds. That’s such a shallow analogy. It’s like saying Portal and Call of Duty are the same because you are in first-person and have gun.

To be clear, I’m not blaming anyone for not getting it — that’s where we need to improve on both design, which we are already vigilantly doing, and marketing/messaging, which is still a struggle. We are currently putting all our efforts into making Splatters something that can sustain us so we can move on to explore other ideas. We have lots and lots of different things we want to try in terms of different designs, but we’re not tackling those yet — maybe toward the end of the year. 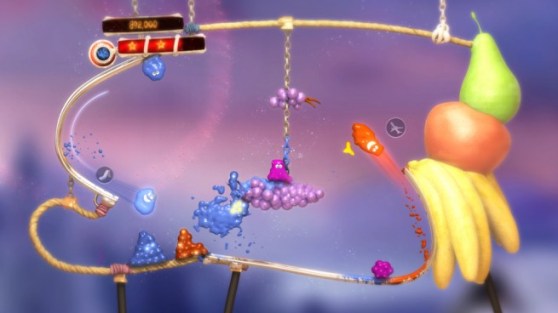 GamesBeat: Can we expect The Splatters to come to mobile platforms? Why or why not?

Fisher: I can’t give a definitive answer here, but the strong indication is yes. This is something that everyone I’ve been showing the game to from early prototypes to the end product had to say: “Why don’t you put it on mobile?” I can totally understand where those questions are coming from, but if you ask anyone that had spent enough time with the game and figured out its scoring and combo system, [they] will tell you this is a game of skill and quick wits. There’s nothing truly casual about it if you play it right. I remember one commenter actually saying, “It’s hardcore as f***.”

We honestly didn’t think it’s hardcore, nor did we want it to be, but it’s not a casual game, either. And if you think it’s casual and try to play it as a casual game, you’re more likely to be disappointed. If we ever go to mobile, we certainly would want to adapt it to that audience and play style. One of the game’s strongest points lies in its physics, and if we could get that system to play with the touch screen in a truly tactile manner, that would be something very special indeed.