You’d be hard-pressed to find someone who doesn’t know who Mario is. Due to his iconic red hat, blue overalls, and a fluffy mustache, Nintendo’s mascot is instantly recognizable. But after appearing in many new games, sequels, and remakes over the past 30 years, I’m beginning to grow weary of the Italian plumber.

Last week, the GamesBeat staff shared their thoughts on the state of the Wii U, and the consensus wasn’t very positive. At this year’s Electronic Entertainment Expo (E3) in Los Angeles, Nintendo proved once again that it’s relying on heavy hitters like Mario Kart and Super Smash Bros. to keep 3DS and Wii U players happy. And not surprisingly, Mario plays a prominent part in many of those games.

I kept this fatigue in mind when I spoke with Koichi Hayashida and Yoshiaki Koizumi at E3. Hayashida is the director of the upcoming co-op platformer Super Mario 3D World, and Koizumi is a producer in Nintendo’s Entertainment Analysis and Development (EAD) division in Tokyo. Both men have worked at Nintendo since the ’90s, with résumés filed with games like Super Mario 64, Super Mario Sunshine, and Super Mario Galaxy (as well as its sequel). They work closely with Mario creator Shigeru Miyamoto, making them the ideal candidates to talk about Mario’s role in video games today.

As a hobby, Hayashida keeps a book full of quotes from Miyamoto, where he writes down interesting things that the legendary designer says about game development. One of those quotes explains the central philosophy behind each new Mario game.

“There is one thing from my quote book that Miyamoto is fond of saying: Mario games are easy to make in the sense that they’re always based on the way that hardware has evolved,” said Hayashida. “So you have to look at what the new capability of hardware is. You think about a specific, fun, new experience based on the capabilities of that hardware. That’s really what influences the outcome of the software. And so, we see Mario games changing all the time. And it’s very much based on what each new iteration of hardware can do.”

Though Nintendo finds a way to reinvent Mario with each new console it makes, the changes are never too dramatic — arguably, the last big leap was the advent of the 3D platformer in Super Mario 64. But since then, the changes usually come in the form of new worlds to explore, new powers to wield, or the addition of cooperative multiplayer. And with similarly sounding titles like New Super Mario Bros., Super Paper Mario, Mario and Luigi, and Super Mario 3D Land, it’s hard to keep track of them all. 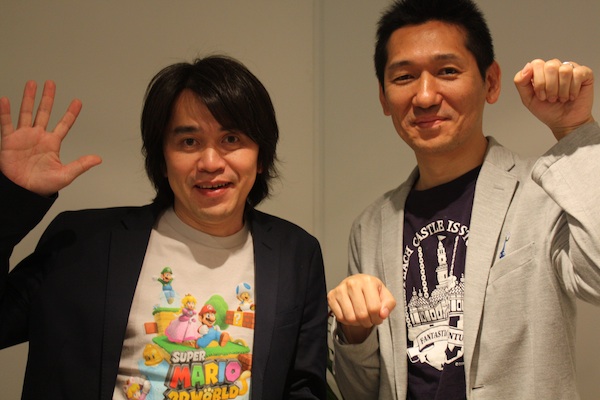 With enough Mario games out in the wild to last a lifetime, I asked Hayashida and Koizumi if Nintendo is ever afraid that gamers will eventually lose interest in its chubby hero. As expected, I didn’t get a direct yes or no on the matter, but Hayashida did bring up some insight to how the company views Mario: He’s a status symbol for “quality.”

“I guess I should really turn that idea around,” said Hayashida. “Rather than getting worried about people getting tired of Mario, I like to think of Mario as being a reliable character, in the sense that people can be relieved knowing that they’re buying a game that represents a really high level of quality and a certain amount of [thought] that goes into the design.

“And certainly, that’s the case with Super Mario 3D World. We are presenting a lot of interesting new elements that really change the gameplay experience. Certainly the Mario character is familiar to everyone, but the cat suit is entirely new. And the ability to have multiplayer in a 3D Mario game for the first time I think feels very fresh and different. So it’s the same Mario character of course, but with each new hardware iteration — as I’ve said — we’re trying to bring different, new, fun experiences. So I usually don’t worry about it from that perspective.”