With the new year approaching, there’s no time like the present to look ahead to what is shaping up to be another record-breaking year in the videogame business. While many big games have yet to be officially confirmed or even announced, especially from Nintendo’s tight-lipped camp, there are enough console games out there to compile this top ten list. I’m leaving out downloadable games – Take 2 Interactive’s Grand Theft Auto IV: The Lost and the Damned is likely to break records in downloadable content – as well as PC games, and focusing instead on the meat and potatoes of the game industry – the consoles and portables. 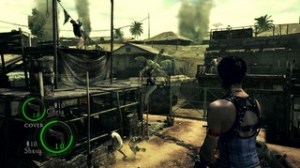 2. God of War III (PlayStation 3) Sony Computer Entertainment/Santa Monica Studios, October 1, 2009. If one game is going to entice gamers to make the jump to PS3 next year, it’s this one. Sony’s God of War franchise has pushed the realm of action, storytelling, and technology in its pair of PlayStation 2 adventures and more recent PSP debut. With a new game engine designed to take advantage of PS3, Kratos’ return promises to feature more on-screen enemies and increased interaction with environments courtesy of those double-chained blades. Aside from an amazing in-game trailer, not much has been revealed about this sequel, but it’s a guaranteed blockbuster. 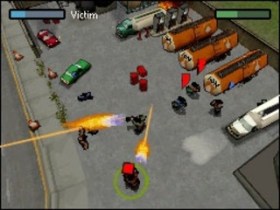 3. Grand Theft Auto Chinatown Wars (Nintendo DS) Take 2 Interactive/Rockstar Leeds, March 17, 2009. When you combine the most popular game system in the world with one of the most successful game franchises, it’s like printing money. Grand Theft Auto makes its Nintendo DS debut in this true 3D action/adventure game, which makes use of the touch screen in unique ways like using the stylus to tattoo fellow gang members. Clearly aimed at the Mature-rated crowd, this original game could entice those gamers who haven’t yet tried Nintendo’s cool portable to buy it. 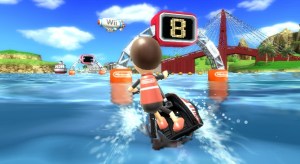 4. Wii Sports Resort (Wii) Nintendo, Summer 2009. Nintendo is using this update of its console-bundled and still-popular Wii Sports game to get mainstream gamers hooked on its latest motion-sensor technology, Wii Motion Plus. Considering how well Wii Play has done two years running with its Remote pack-in, this game should have equally long legs. Games like Disc Dog allow for precise aiming as you toss a Frisbee for your virtual canine to catch. Swordfighting opens up new mano-a-mano duels and Power Cruising takes the classic Wave Race game to another dimension. With more games to be revealed, it looks like Shigeru Miyamoto is well on his way to rebounding from Wii Music’s slow start. 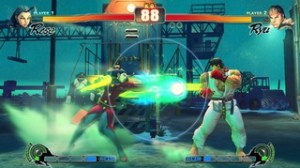 5. Street Fighter IV (Xbox 360, PS3) Capcom, February 17, 2009. Judging from the serpentine line of Comic-Con gamers eager to play the arcade version at Capcom’s booth last July, this is going to be the fighter to beat this year even with Tekken 6 due out. With more playable characters and modes than were featured in the Japanese arcade game (Capcom did not release this game in U.S. arcades), look for this game to help lift February game sales. This latest installment of the classic brawler introduces Gouken, Ken and Ryu’s true kung fu master, along with plenty of other colorful pugilists. To help celebrate the 25th Anniversary of this franchise, there’s also a feature film from 20th Century Fox – Street Fighter: The Legend of Chun Li. 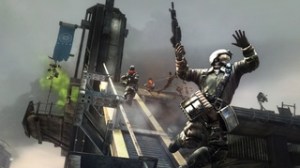 6. Killzone 2 (PS3) Sony Computer Entertainment/Guerilla Games, February 27, 2009. Gamers should have played through the top shooters of 2008 like Gears of War 2, Resistance 2 and Call of Duty: World at War by the time this sci-fi shooter sequel hits retail shelves. In development in Amsterdam for four years, the single-player campaign brings the war against the Helghast to their home planet. Even without any cooperative support (a major exclusion for a shooter these days), this game lives up to the hype created several years back in terms of the visuals and gameplay. It also introduces some cool new twists to multiplayer by allowing up to 32 players to customize the online experience with five different mission types. The game can even randomly switch these mission types in-round, which changes the dynamic and strategy of the actual gameplay. Look for Resistance fans to add this shooter to their collection. 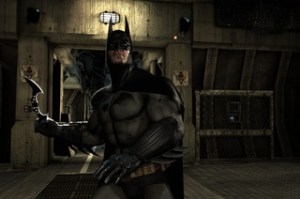 7. Batman: Arkham Asylum (Xbox 360, PS3) Warner Bros. Interactive Entertainment/Rocksteady Studios, May 1, 2009. With Electronic Arts missing out on the nearly $1 billion theatrical bounty of Warner Bros. Pictures’ The Dark Knight last summer, Warner Bros. Interactive Entertainment is set up for another big hit. After seeing its LEGO Batman fly off store shelves this year, this darker, grittier original story sends the Dark Knight into the depths of Hell – otherwise known as Arkham Asylum. In a plan orchestrated by The Joker, Batman is locked inside the walls of the asylum with all of the criminal masterminds he’s imprisoned there. The film phenomenon has opened up a whole new mainstream audience to Batman, which should help this game make a killing. 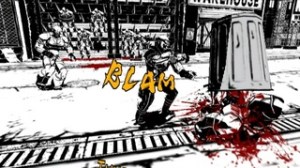 8. MadWorld (Wii) Sega/Platinum Studios, March 10, 2009. Throw Smash TV, The Running Man, Death Race and Sin City into a meat grinder and you’ll get this truly original, ultra-violent action game from acclaimed Japanese developer Platinum Studios. This 3D black-and-white game puts players in the boots of Jack, the latest contestant on a televised game show called “Death Watch.” The game’s ever-flowing gore stands out against the comic book backdrops filled with interactive environments like wood chippers and spiked walls. Taking advantage of the Wii controllers, killing opponents in this game can become very creative. There’s a huge audience of true gamers who have a Wii sitting in their homes just waiting for a game like this to come along. 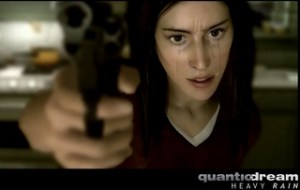 9. Heavy Rain (PS3) Sony Computer Entertainment/Quantic Dream, Fall 2009. Limited by the technology of Xbox and PS2, Quantic Dream President and CEO David Cage told me he was unable to realize his dream of interactive entertainment with 2005’s Indigo Prophecy. By focusing on a single platform, this PS3-exclusive thriller puts players on the hunt for a serial killer. The game, which employs revolutionary new motion captured technology, looks unlike any other game out there. Cage also promises that players will experience a unique adventure based on the many choices they make as the story unfolds. With Sony’s marketing power behind this game, and the critical accolades Cage garnered with Indigo Prophecy, this title could put Cage’s Quantic Dream on the mainstream map.

10. Dante’s Inferno (Xbox 360, PS3) Electronic Arts/EA Redwood Shores), Fall 2009. As excited as I am about Dead Space 2, it’s EA Redwood Shores’ other original game project that caught my attention recently – as well as Hollywood’s (there’s a bidding war for the film rights). Based on the medieval epic poem “The Divine Comedy” by Dante Alighieri, this third-person perspective action adventure game promises to send gamers through the nine circles of hell in pursuit of Beatrice. Using the Dead Space game engine, early gameplay from this title looks impressive and the source material is sure to help garner mainstream attention. But at the end of the day, if this game can deliver the blend of story and horror/action that Dead Space conjured up, EA will have another new franchise to expand. (No art available, but video at www.dantesinferno.com).