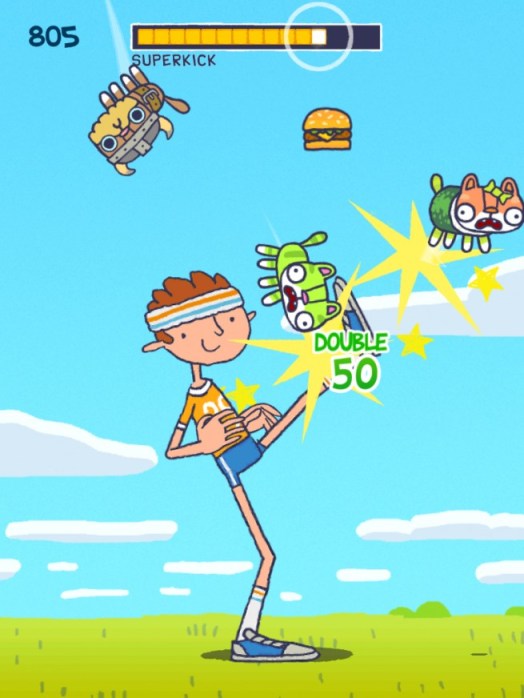 GamesBeat editor-in-chief Dan “Shoe” Hsu asked indie game developers to pitch him their games on Twitter for possible coverage on this site, and they flooded him with entries.

It’s taken a little while, but we’ve finally sorted through all of the pitches to come up with the 10 best ones (we might have been done sooner, but GamesBeat copy editor Jason Wilson wouldn’t let us see the Tweets until he’d corrected their spelling and grammar). Keep in mind that inclusion on this list depends entirely on how much we liked the pitch and not on the title itself. They may not be all that great, but the tweets either made us want to play the game the person was describing, or they confused us so much that we had no choice but to see what the hell was going on.

The pitch: @hackycatapp: “Hackycat. It’s like hackysack but with cats.”

Why I picked this: Umm … did you read that pitch? Look at it again. It’s perfect.

What is it? Solo developer (and former art director at Alice: Madness Returns studio Spicy Horse) Ken Wong’s  Hackycat is exactly what the pitch says it is. Your character stands in the middle of the screen and tries to keep an increasing number of unfortunate kitties aloft for as long as possible by kicking them or bouncing them off of his head. You do this by tapping on the felines as they fall. You can build up huge bonuses and “Superkicks” by hitting more than one cat at a time. Unleashing a Superkick launches your target into space. You kick them that hard.

Is it good? It is, provided you don’t demand a lot of depth of your iOS entertainment. But maybe sometimes you have a couple minutes to spend, and you really just want to beat on some cats, but you don’t want to deal with hassles like angry owners and Animal Cops. At times like that, Hackycat is probably what you’ll want.

Look for it: in the iOS App Store (when it’s done, possibly around the end of the year).

Check back tomorrow for our #2 finalist in our “Pitch us in one Tweet” contest. You can follow this tag link to catch all of the top 10.