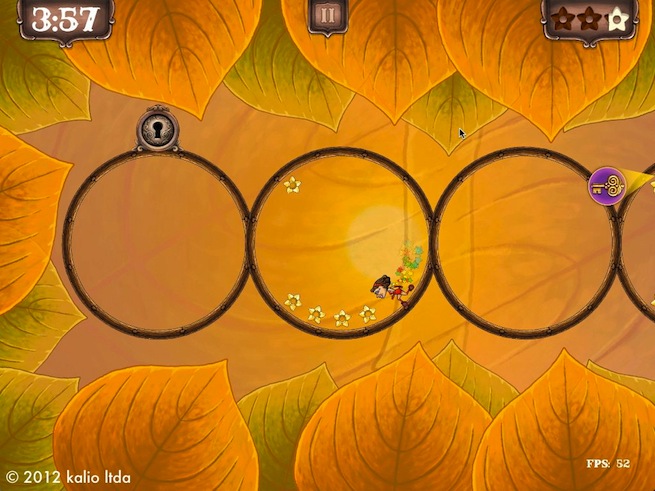 GamesBeat editor-in-chief Dan “Shoe” Hsu is a popular guy. All he had to do was ask indie game developers to pitch him their games on Twitter for possible coverage on this site, and they flooded him with entries.

It’s taken a little while, but we’ve finally sorted through all of the pitches to come up with the 10 best ones (we might have been done sooner, but we had to weed out GamesBeat writer Mike Minotti‘s ideas for new Pokémon games). Keep in mind that inclusion on this list depends entirely on how much we liked the pitch and not on the title itself. They may not be all that great, but the tweets either made us want to play the game the person was describing, or they confused us so much that we had no choice but to see what the hell these games were about.

We’re entering the final stretch in our countdown of the best marketing spiels that did not exceed 140 characters. Keep your clown repellant close because today, we’re going to the circus.

The pitch: @kalio: “Imagine a platformer where the platforms are rings… You can’t, so go play Ring Run Circus.”

What is it? “Ring Run Circus is a unique platformer because the platforms are actually rings. That’s why we like to call it a ‘ringformer,'” says developer Kalio about its upcoming game for the iPad. What that means is that you play as one of three characters who roll along floating circular tracks. You can switch between traveling along the inside or the outside of the ring, and pass between adjacent circles. Your goal is to move along these “ringforms” to make your way to a key, and then return to a lock to move on to the next level.

Of course, even a ring-themed platformer needs some obstacles. The ones in Ring Run Circus include simple posts that will knock you down if you run into them, as well as lions on tiny bicycles that will chase you through the level. Sometimes the tracks move, or you have to pull switches to put them where you need them to be. As complicated as this sounds, Kalio says that Ring Run Circus has only has two control inputs: One switches the side of the track you’re rolling on, and one performs actions.

Is it good? It looks pretty good, anyway. Ring Run Circus is still in development, and I didn’t get a chance to play a demo version. Kalio sent me some videos, however, and it looks like it could be a lot of fun. The material they sent me says that each of the three playable characters has different skills, and some are better suited to certain levels than others. I even saw something that looked like a boss fight, in which the player character had to duel with a rival roller for control of the key. If the game keeps up that kind of variety, and the controls are tight enough, this will definitely be one to look out for.

Look for it: later this year in the iOS App Store.

Check back tomorrow for our #3 finalist in our “Pitch us in one Tweet” contest. You can follow this tag link to catch all of the top 10.