The U.S. video game industry consists of 2,457 companies that directly and indirectly support 220,000 jobs and generate $30.4 billion in revenue, based on 2015 data, according to a new report from the Entertainment Software Association.

The game industry grew its employment in 2015 at an annual rate of 2.9 percent, or more than double the rate of the overall U.S. job market. Employees in the industry earned an average of $97,000 per year, nearly double the average U.S. household income.

The data comes from the ESA’s Video Games in the 21st Century: The 2017 Report. The game industry’s trade group researched the report in conjunction with the Higher Education Video Game Alliance. 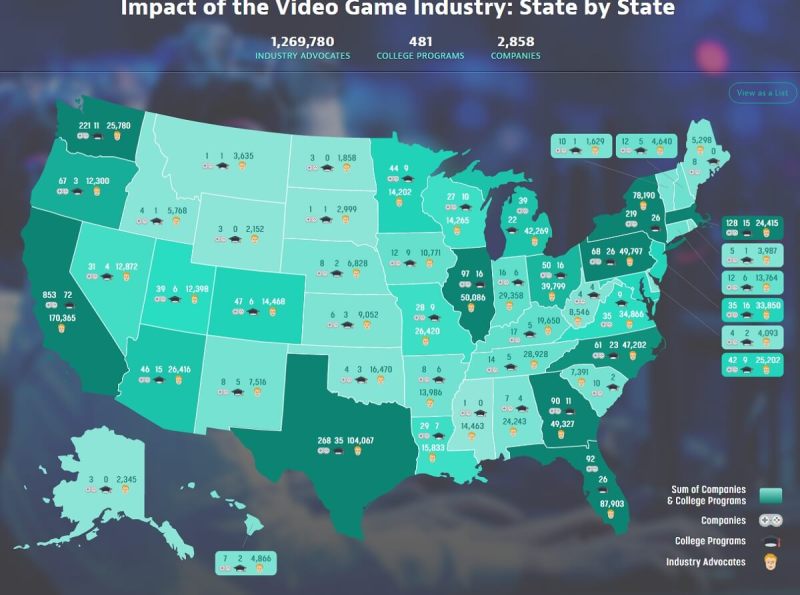 “The 21st century knowledge economy demands a creative and innovative workforce. The interactive entertainment industry is powered by real jobs that develop the most innovative and remarkable technology and entertainment in the world. These high-paying, creative careers build communities all across the U.S.,” said Michael Gallagher, the president and CEO of the ESA, in a statement. “The data we share today details a roadmap for economic growth, and the power of cultivating high-paying, technical careers in interactive entertainment.”

Ninety-five percent of video game companies were founded in the United States. Game companies directly employ 65,678 workers in the U.S., while the rest of the 220,000 are indirect jobs. (I count myself in this group, as I write about games for a living).