Last month I addressed Europe’s startup brain drain to the U.S. and then followed up by profiling the U.K. as an exception to the rule, thanks in no small measure to the rapid ascendancy of London’s thriving venture landscape. I want to continue the series by now offering a close-up on the state of the country’s VR and AR industry.

To give you a sense of the scale of its VR/AR ecosystem, PwC UK released an interactive map last year in partnership with Digital Catapult and Immerse UK. It’s an index of startups and companies organized by city and the amount of venture capital they have raised. You can toggle between a range of different metrics like the size of the team, funding received, number of offices, and the age of the company, which allows you to get a nice handle on the landscape.

Why the United Kingdom?

In fact, as the findings from PwC’s most recent annual Entertainment and Media Outlook indicates, the U.K. is currently the largest market for VR/AR in Europe.

“A lot of the core skills required for VR/AR development work come from the video gaming industry. The UK has the second largest video gaming industry in Europe, the fifth largest in the world, and is responsible for the release of some famous games including the Tomb Raider series,” said Jeremy Dalton, the VR/AR Lead at PwC U.K. “The U.K. also has a broad-minded attitude to job employment: university graduates are not tied to jobs relating to their degree programme and complete career changes are not unusual, creating an atmosphere of openness, exploration and flexibility. Together, this has all helped build interest in and experimentation with emerging technologies like VR/AR.”

In anticipation to this year’s refresh of the data reflected in the interactive map, Immerse U.K. released an infographic in January in association with the The Accelerator Network, outlining the growth in investment deals in VR/AR from 2016 to 2017. 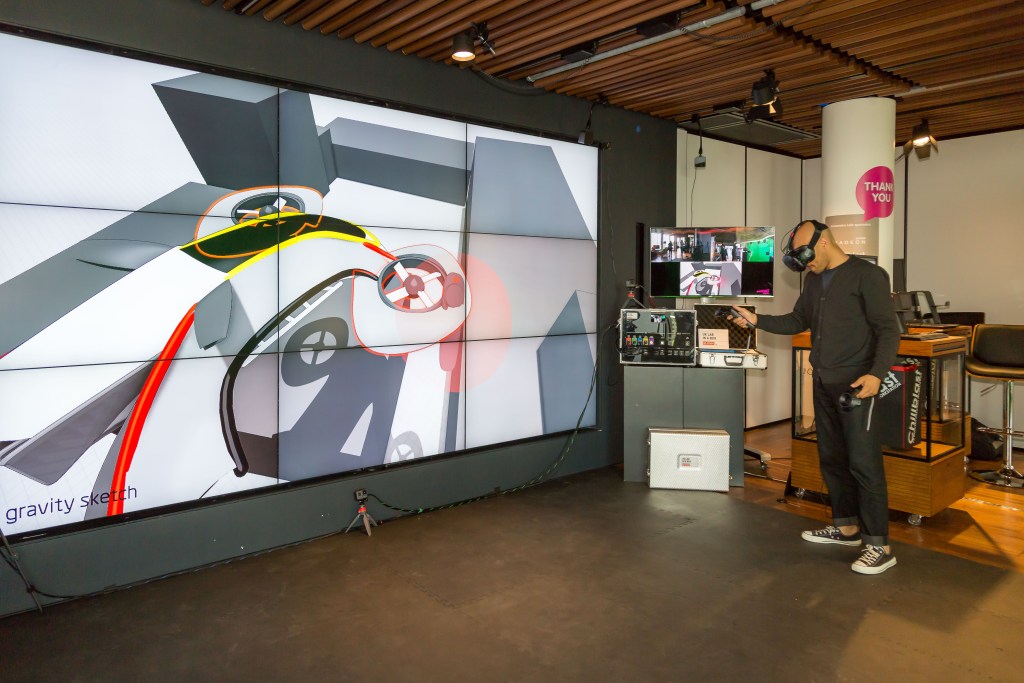 “VR and AR are truly global technologies, but I feel that what has helped to set the U.K. apart as a leader in the space is breadth and depth of what it offers,” said Sol Rogers, the founder and CEO of Rewind, one of the top global creative agencies for mixed reality content. “There’s plenty of funding, such as the Mayor of London’s TechInvest program, and it’s all designed to support startup, early stage and scaling businesses in the capital, with a big focus on VR and AR as emerging technologies for potential investment.”

Immerse UK, which debuted last year, plays a central role as the network that weaves together the country’s VR/AR sector. It serves broadly as the mechanism that promotes cross-sector engagement, bridging the gap with industries like healthcare, defence, and construction. An organization like Immerse UK offers the kind of framework necessary to ensure that there aren’t missed opportunities in bringing traditional industries and emerging technologies together.

“The U.K. is one step ahead in that no other country has an ‘Immerse UK.’ When I visit the American west coast, for example, they really get the value of having a network which brings together and supports the ecosystem but they don’t have anything similar,” Fiona Kilkelly, the head of creative industries at Knowledge Transfer Network (KTN), told me. “Silicon Valley is quite disconnected in that its difficult for tech startups looking for connections or market intros in the health care or construction sector. We can do that easily in the U.K. through Immerse UK.”

This year has already been action-packed. Back in January, Digital Catapult launched their CreativeXR program in partnership with the Arts Council England, tailored to innovators and creators in the arts and culture sector. The program includes access to early stage funds, workshops, mentorship, and access to the Digital Catapult Immersive Labs located in London, Brighton, East Tees Valley, and Belfast.

“The VR/AR ecosystem in the U.K. is at the forefront of the European market and Digital Catapult is continuing its effort in this sector by acting as a catalyst for this new market in the U.K.,” said Aurelien Simon, the head of immersion at Digital Catapult.

The Realities Centre, which I have covered on a couple of occasions now as a top VR/AR coworking space, also announced the launch its corporate incubator, called the Vision Programme. The program runs between six and 12 months as “challenges”, working in stealth-mode in collaboration with corporate VC firms. Its first fleet of startups are exploring applications of 5G for VR, as well as cross technology integrations such as human sensor devices with VR for de-risking and lowering claims for insurance companies.

“We are harnessing our large ecosystem of developers, mentors and corporate partners, grown from all the industry focused hackathons and conferences we have been doing over the last year and a half.” Thomas Gere, Founder at Realities Centre London, told me. “We aim to select either existing startups (and pivot when relevant) or create projects from scratch, therefore those are mostly early stage. We are therefore very different from traditional accelerator programs and closer to foundry ones.” 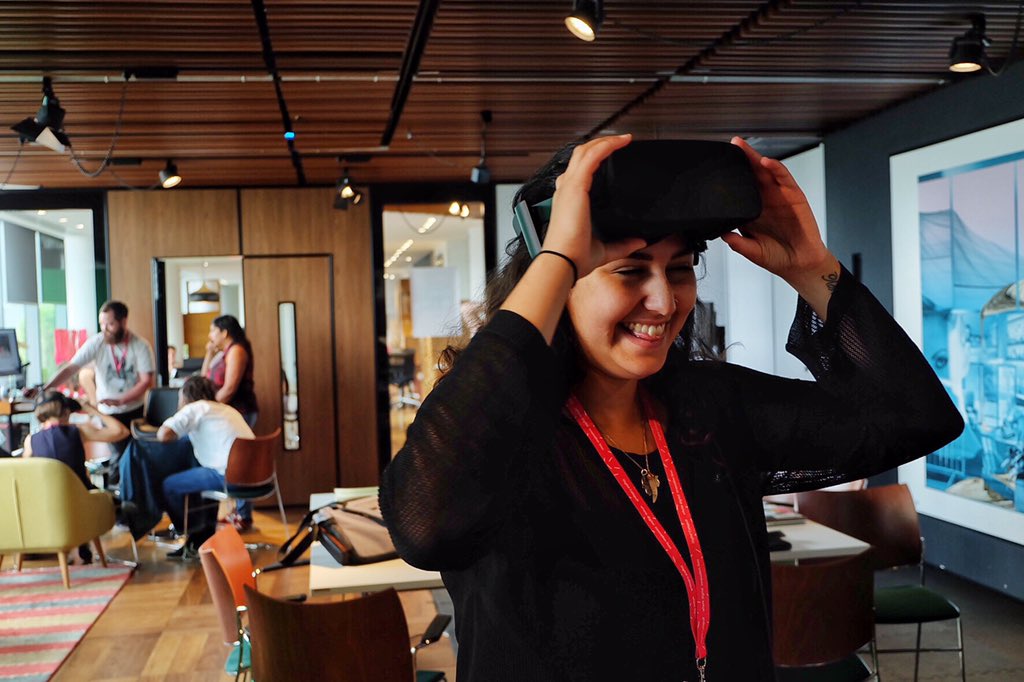 Last month was especially noteworthy in huge strides. First, a £33 million fund ($47 million) dedicated to VR/AR technologies was announced by the UK government, which is part of their Industrial Strategy Challenge Fund. Second, Vive X launched its European hub in London, which marks its sixth outpost globally.

“Vive X London is our sixth and newest location, alongside Taipei, Shenzhen, Beijing, San Francisco and Tel Aviv. At Vive X we’re not just providing investment, we deliver a lot of additional value, including access to the team and other resources,” said David Haynes, the director of Vive X, Europe for HTC’s Vive division. “So it makes sense to have a hub that’s as close to HTC’s European headquarters as possible. However, we’re excited to support promising companies wherever they may be based in Europe.”

Haynes was formerly part of the investment team at early-stage seed fund Seedcamp, during which time he spearheaded the U.K.’s first VR and AR pre-accelerator, the Augmentor Programme, which launched last year in partnership with Digital Catapult, and opens again for applications this month. Augmentor serves as a perfect complement to Vive X’s entry into the market as what Simon considers to be a sort of “pre-Vive X.”

“From helping them to develop their product, to finding key commercial partnership and raising investment, the programme has been a great help to the U.K. startup ecosystem. We are proud to see Vive X as one of the key partners on the programme and foresee a great collaboration and continuity between the two going forward.” Simon said.

While London naturally accounts for the lion’s share of the action, there’s strong VR/AR activity spread out throughout the U.K. into regional clusters. Simon and Kilkelly described to me how each city’s ecosystem tends to reflect the established strengths of each locale, from gaming in Brighton, healthcare in Cambridge, manufacturing in Gateshead, and engineering in Bristol. Each community excels in a particular way that the country as a whole benefits from by pooling the shared expertise and the cross-industry learnings and applications.