Some teams don’t die, even if the companies they work for come and go. The veteran game development team that made Zynga’s CastleVille social game is spinning up a new game studio called Boss Fight Entertainment.

With leaders like former Zynga Dallas general manager Bill Jackson, the McKinney, Texas-based company is made up of developers who worked for Bonfire Studios, the Dallas studio that Zynga bought in 2010. The formation of the new studio shows that it’s still possible for seasoned teams to create brand new studios to take advantage of disruptive digital gaming platforms.

“We learned quite a bit about designing and operating free-to-play games over the last five years,” said Jackson in an interview . “Boss Fight’s next game will combine everything we know about free-to-play and mobile with the high production quality of our biggest franchise titles. We’re already working on an original IP that we’ll start talking about in the coming months.” 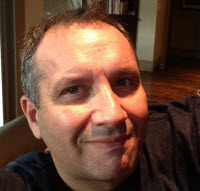 The self-funded studio formed in June 2013, and it already has 25 employees. It has been working in stealth on what it calls “high-quality mobile free-to-play games” with strong gameplay.

“We have always been committed to deep games that are simple on the surface but have a strategy element,” Jackson said. “We’ve got a great team, and we have been very fortunate to keep people together, even in big transitions like companies closing down. This team loves to be together and it has had success.”

Zynga had a big hit with CastleVille when it launched in November 2011 in advance of its initial public offering. The release was one more in the series of Ville light simulation titles that vaulted Zynga to the top of social games on Facebook. But Zynga had a hard time shifting to mobile and started losing money in 2012. It cut more than 1,000 employees in the past couple of years and shut down Zynga Dallas last year.

The team behind Boss Fight Entertainment has had a history of both success and disappointment. It was part of the Ensemble Studios outfit that built real-time strategy titles Age of Empires and Halo Wars, but that group shut down when Microsoft scaled back its investment in PC games. 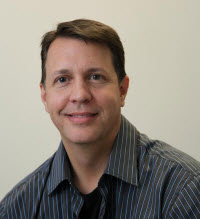 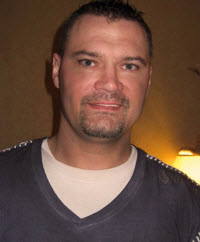 “Boss Fight is made up of an incredible group of people who have worked together for over a decade, dating back to Ensemble Studios,” said David Rippy, president and chief executive of Boss Fight Entertainment. “Our shared history of making successful games across console, mobile, PC, and social networks is uncommon in the industry and is one of the things that makes Boss Fight uniquely positioned in mobile gaming.”

The company’s first effort is an original game that is in full production. Boss Fight Entertainment will start working on a second title in the first half of 2014. The company may raise money for specific projects but it has been self-funded so far, Jackson said.

Jackson has 15 years of game industry experience. He led the design of CastleVille and then directed game design across multiple studios. He was also co-founder of Bonfire Studios and was producer on Halo Wars.

Rippy was general manager of CastleVille and was responsible for managing big business at Zynga. He was divisional chief of staff and studio head for Zynga Dallas. He was also co-founder of Bonfire and group program manager for Age of Empires at Ensemble Studios.

The third co-founder is Scott Winsett, chief operating officer. He has 20 years of game experience and was divisional COO at Zynga. He established the tech, procedures, and production pipeline standards across multiple studios. He was a co-founder of Bonfire and vice president of operations there. He was also one of the first employees at Ensemble Studios.

“The future is mobile and tablet gaming — playing anytime, anywhere, with anyone,” added Winsett. “That freedom of choice, combined with free-to-play, makes this the biggest shift we’ve seen in the industry in years. We know we have the right strategy at the right time and are ready to focus on the opportunities of the future.”

As for his Zynga experience, Jackson said, “There are a lot of lessons there. Zynga was really pushing in a lot of new areas, and the pivot to mobile was a challenge. But I’m thankful that we learned a lot there.”