Spell-casting games will be a good genre for virtual reality because you can wave your hands around to cast spells. The Unspoken from Insomniac Games is a good example of this, as the supernatural dueling game is a lot of fun.

It is part of a wave of good games compatible with the Oculus Touch controllers that will debut for the the Oculus Rift VR headset during the holiday season. I played it at the Oculus Connect event in San Jose, Calif., last week. It is one of the titles that will show that it is possible to make high-quality VR games.

You can play it as a single-player experience or duel with someone else in one-on-one multiplayer in a kind of dark alley in a city. You can imagine Harry Potter squaring off against Lord Voldemort, and you’ll get the idea. I thought it was a lot of fun, and it left me tired from waving my arms around a lot. 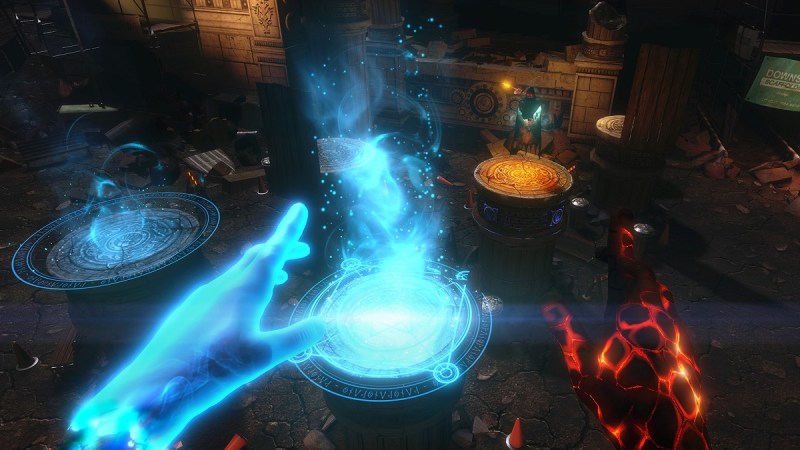 Above: You can teleport in The Unspoken.

As an Oculus Studios exclusive, the game works with the Oculus Touch controllers, which you can hold in each hand and use independently. Through the various finger controls, you can teleport from podium to podium, capturing resources that you can use to craft powerful spells.

You can play as an Anarchist or a Kineticist. The Anarchist can throw fireballs or flaming skulls or molten spears at the other person. You can also raise a shield or create spells with more elaborate objects using various hand movements.

The Anarchist can rain rockets down on a rival, but the Kineticist, as the name implies, can pick up objects in the environment and throw them. One of the greatest spells enables you to pick up a car and drop it on the enemy’s head.

You can use a crow skull to summon a destructive Dark Flock or a tiny effigy to mold street trash into a massive Debris Golem ally. You can also use a marker to draw a Mystic Wall that becomes an impenetrable shield or wield a hammer and anvil to forge a shield-shattering javelin.

I had to remember how to do various spells very quickly before my opponent caught me off guard or tossed an elaborate spell my way. I barely lost two matches as the enemy got off a final spell before I was able to hit back. 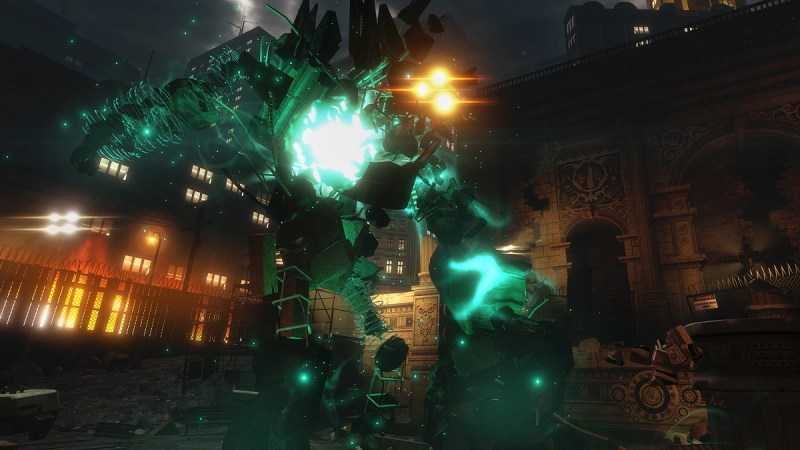 Above: You can summon a golem in The Unspoken.

If you get good at it, you can summon monsters that will attack the enemy wizard on your behalf. The battlefield is dynamic in this arena shooter. In the story, Spellcasters are bound by a code where dueling is everything, policed by an order so ancient and powerful that its name remains unspoken.

You goal is to use skill and cunning to defeat rivals and become an arch-mage.

Rival games include Wands, a popular title which debuted on the Samsung Gear VR this summer. And hopefully, someone will come out with a Harry Potter spellcasting game soon.