The sold-out Call of Duty XP fan event is well under way at The Forum in Inglewood, Calif., in the heart of Los Angeles. The event features all sorts of crazy activities for the thousands of die-hard Call of Duty fans who are attending the event. I got a preview of them yesterday, and GamesBeat’s Giancarlo Valdes is also checking them out over the weekend. 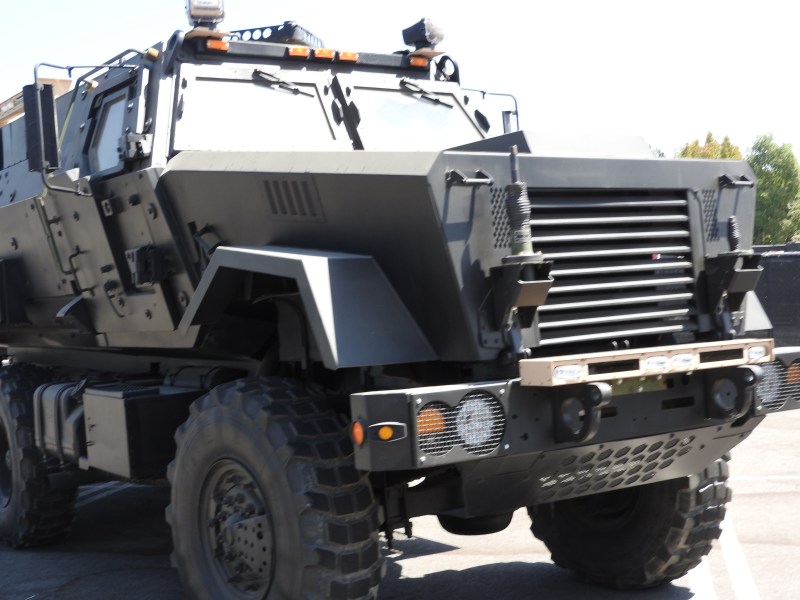 Above: Call of Duty XP features a bunch of military vehicles on display.

Beyond that, you’ll see a lot of zany stuff. Eric Hirshberg, CEO of Activision Publishing, said attendees will get to play paintball in a “crazy ass, life-size replica of Nuketown, our most played multiplayer map ever.” And fans who are not at the event will be able to control the shooting of the giant Nuketown paintball cannon via Twitch Plays Nuketown.

Snoop Dogg and Wiz Khalifa will perform in a concert for attendees, which includes more than 100 members of the U.S. Armed Forces.

“Call of Duty XP is like a theme-park that leapt out of a video game into the real world,” Hirshberg said. “It’s our way of saying thank you to our fans for inspiring us to keep pushing and innovating each and every year.”

Fans can also enjoy a Call of Duty PlayStation VR experience, Jackal Assault, which puts fans in the cockpit and in control of a Jackal, the personal fighter jet in Call of Duty: Infinite Warfare. 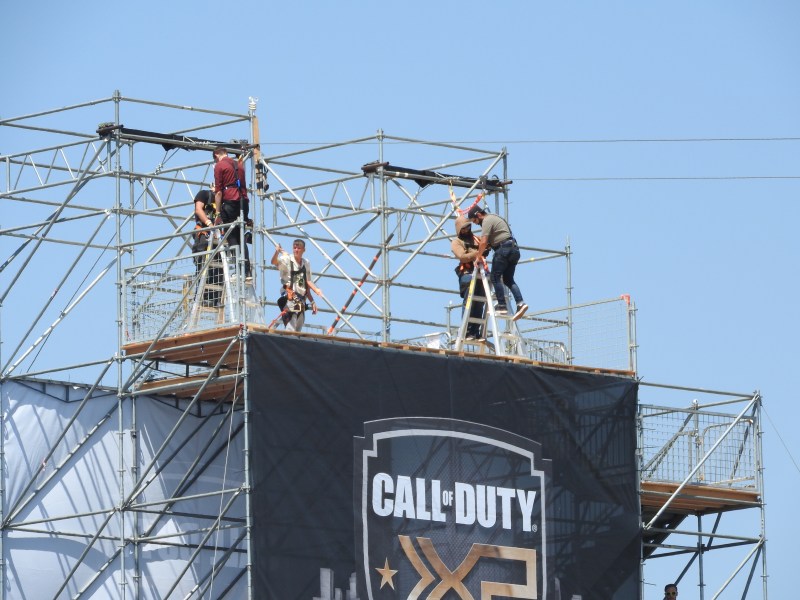 And fans can also play Infinite Warfare’s Zombies in Spaceland laser tag, which is themed in the ‘80s-inspired setting of the new game mode. There’s also a Call of Duty zip line experience, which mirrors the in-game mechanic seen in numerous Call of Duty multiplayer maps.

I would not recommend Juggernaut Wrestling, which is a face-to-face intense cage match where fans will engage in combat while wearing inflatable Juggernaut suits. All of this is in promotion of Call of Duty: Infinite Warfare, which launches on the consoles and PC on November 4.

There are also panels where the developers will talk about creating the game. And there’s an on-site Call of Duty armory and franchise museum, as well as Call of Duty photo booths. 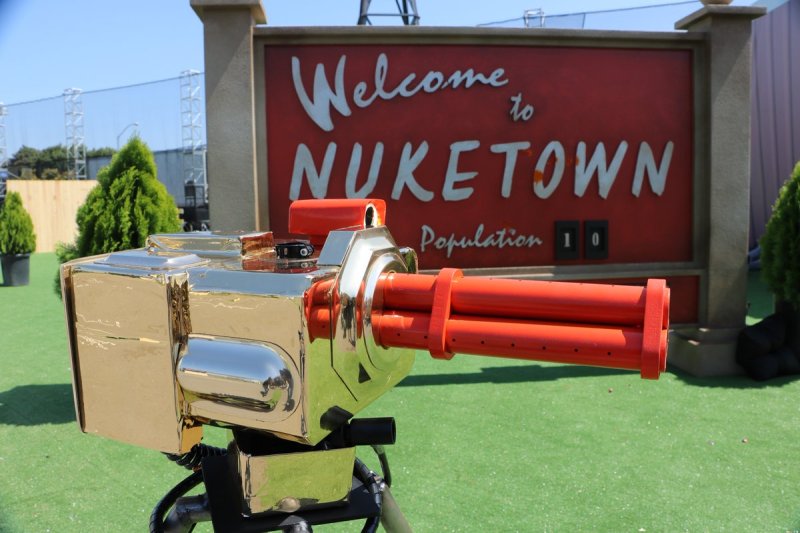 Above: You can control this gun.