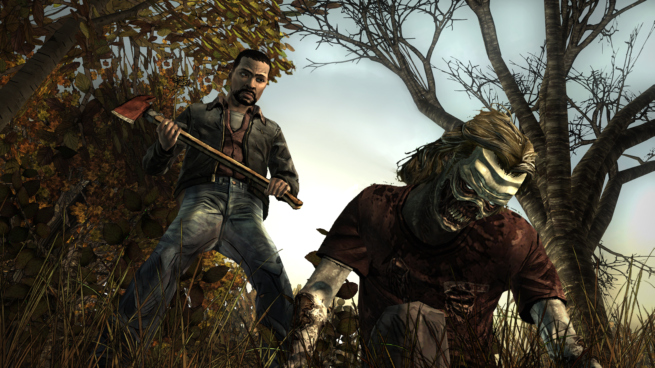 Who are the real monsters, the zombies or your fellow survivors? That’s the question Telltale Games asks in The Walking Dead Episode 2: Starved for Help. The second installment of a 5-part episodic adventure series, Starved for Help is a darker, bleaker tale than its predecessor, yet it ups the stakes in a way that will have you salivating (pun intended) for the next episode.

Three months after the events of Episode 1: A New Day, Lee Everett, Clementine, and the other survivors have set up camp at an abandoned motel, but they’re quickly running out of food. Tensions are running high between Lilly, the group’s leader, and Kenny, a fisherman who wants to take his family to the coast. A pair of strangers arrive looking to trade food for gasoline and offering the group temporary sanctuary at their dairy farm. But can they be trusted?

The gore factor
I witnessed some pretty shocking moments in Starved for Help. The episode opens up with an intense scene in the woods involving a high school teacher, a bear trap, and a horde of hungry undead. To say more would be spoiling things (although, curious types can read about it in my preview from this year’s industry trade show, the Electronic Entertainment Expo). But that scene might seem a walk in the zombie-filled park compared to some of the brutal situations that you’ll face before the credits roll. And yet, none of it feels cheap or gratuitous. Each gory scene does an effective job of eliciting an emotional response from the player, whether it’s disgust, surprise, or (usually) a combination of the two. 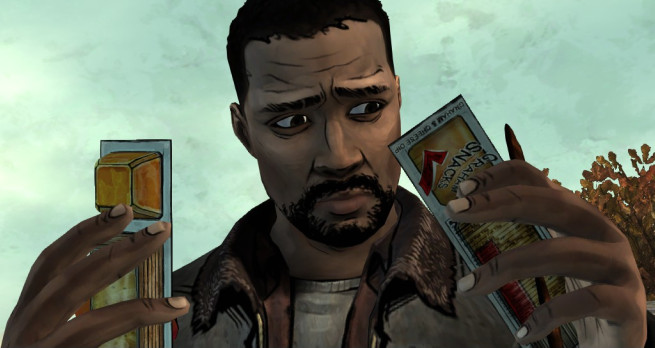 Tougher, nuanced choices
The options presented in Episode 1 felt a little binary and usually boiled down to “do you save person A or person B?” But the situations in Episode 2 have a bit more subtlety.

For example, early on you have the task of deciding who should get the last of the camp’s rations. Who do you pick? Do you choose to feed adults over children since they’re better able to defend the group? Do you play favorites and feed those with whom you’ve built friendships? Or do you maybe try to mend some fences with people you’ve been antagonistic with in the past? How many of these choices will play out is still a mystery, but watching it all unfold is part of what make The Walking Dead a compelling piece of interactive fiction.

Where the hell did my choices go, Telltale?!
I was one of the 24 percent of Episode 1 players to save IT guy Doug instead of news reporter Carley, according to the in-game stats page. So imagine my surprise when I booted up Episode 2 and found Carley alive instead. Apparently, that choice didn’t carry over when I loaded my save game file. And I’m not the only person to experience this glitch, according to Telltale Games’ official forums.

Player choice is a major aspect of The Walking Dead. Each episode begins with a message that assures you that your choices matter and that Telltale has tailored the story around the decisions you’ll make. Having those choices not reflected in the gameplay due to a bug feels like a major misstep. Right now, no patch or fix is in sight, which means that I’ll most likely be playing through both episodes again with a new save file once the developer resolves the issue. 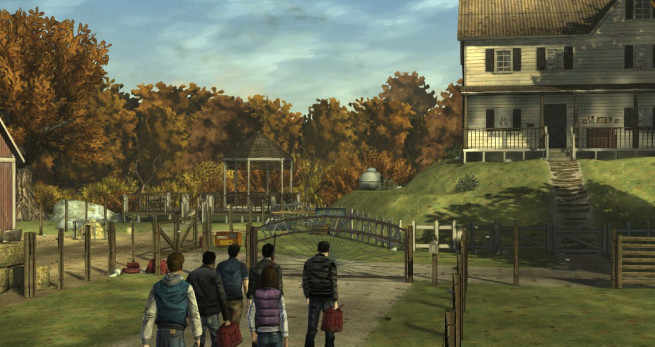 In my review of Episode 1: A New Day, I said I was willing to overlook a few minor technical issues because of all the things The Walking Dead manages to get right. But now the issue is not so minor. And it’s a shame, really, because Starved for Help is an excellent game…when it works.

The Walking Dead Episode 2: Starved for Help released on June 27, 2012 for the Xbox 360 and on June 29, 2012 on PC, Mac, and PlayStation 3. The publisher provided GamesBeat with a PC download code for the purpose of this review.