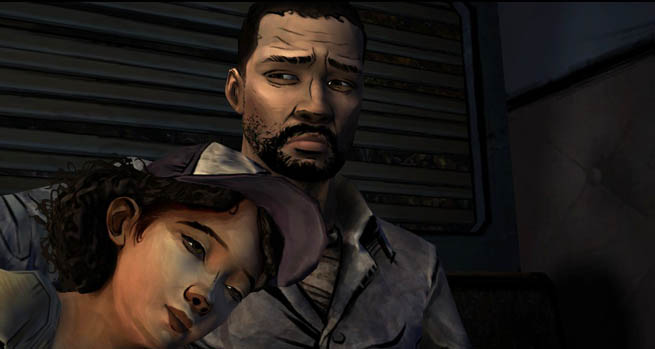 Last month, Telltale Games’ senior director of marketing, Richard Iggo, told GamesBeat The Walking Dead Episode 3: Long Road Ahead would “take the crown” in terms of absolute heartbreak when compared to the adventure-game franchise’s previous episodes. “You’re really going to have your morals tested right from the opening scenes,” he said.

Long Road Ahead is the darkest, bleakest episode in the series to date. Based on Robert Kirkman’s acclaimed comic books, it continues the tale of Lee Everett, a former teacher struggling to survive during the zombie apocalypse. External threats like bandits and undead walkers take a backseat this time around, however, while Lee and his fellow survivors — and their flawed emotions and relationships — become the true focus. Although the game is slower paced than its predecessors and falls victim to some instances of “adventure-game logic,” it’s an emotional, tension-filled three-hour ride.

It’s still shocking
The body count climbs higher than ever in Episode 3: Long Road Ahead. While that in itself is not surprising, it’s the way the characters depart that is truly alarming. The infighting, distrust, and paranoia Telltale has spent three episodes cultivating among its grim band of survivors finally boils over, culminating in an early scene that might make you hurl shocked expletives at your screen (or maybe that’s just me). And it’s only a warmup compared to the deaths that follow. My advice: bring a hankie. 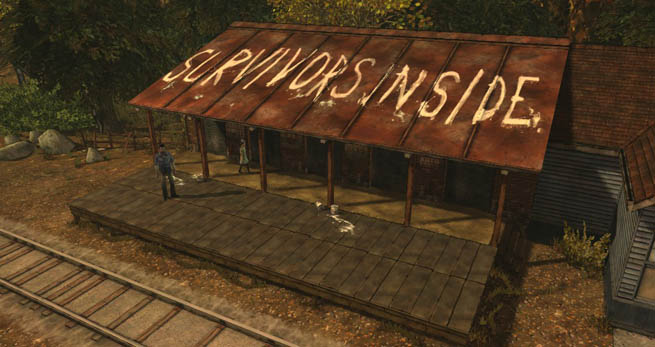 The episode’s flawed, believable characters
Of course, the emotional impact wouldn’t be so great if the title’s writers hadn’t done such a fine job of creating characters that are both compelling and deeply flawed. In The Walking Dead’s world, no one is perfect and everyone is believable. This includes the aforementioned protagonist Lee Everett, who must finally decide whether to come clean about his troubled past. Truth is a constant theme in the episode. The honesty of fellow survivors is called into question more than once. Even 8-year-old Clementine is harboring a surprising secret that sets the stage for Episode 4.

Long Road Ahead manages to introduce several new characters who are immediately relatable as well, although homeless drifter Chuck is so grizzled and world-worn I’m surprised he’s not voiced by indie-game darling Bastion’s narrator Logan Cunningham. But if The Walking Dead has taught us anything, it’s to not get too attached. Things can and will change with the press of a button. 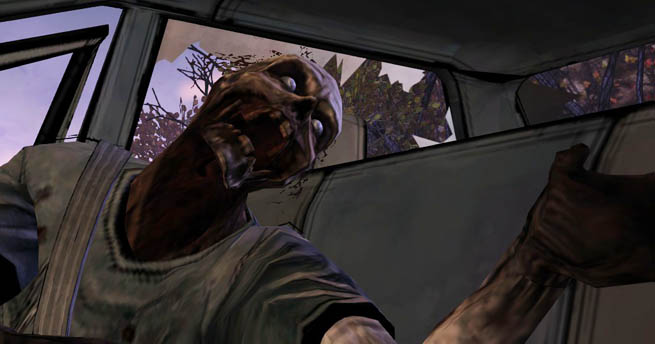 Some janky adventure-game logic
Speaking of button pressing, Episode 3 doesn’t change its formula of item hunting and quick-time events, but it does suffer from some of the drawbacks of its genre. A mini shooting game early on might frustrate point-and-click adventure fans while another puzzle involving a train suffers from some tedious backtracking due to Lee’s inability to carry more than one tool at a time. Later on, Lee finds a blow torch and propane tank that he seemingly stuffs down his pants (i.e. his inventory) that, while amusing, somewhat breaks the sense of realism the developers have created.

So far, Telltale Games’ Walking Dead releases have managed to impress with their mature, thought-provoking storylines and characters. Long Road Ahead is no exception. As the midway point of the series, it could’ve easily become a filler episode, but the shocks, twists, and character revelations keep the story’s momentum trundling along as steadily as the train Lee and company now ride on.

The Walking Dead Episode 3: Long Road Ahead released on August 29, 2012, for the Xbox 360, Mac, and PC and on August 28, 2012, on PlayStation 3. The publisher provided GamesBeat with a PC download code for the purpose of this review.