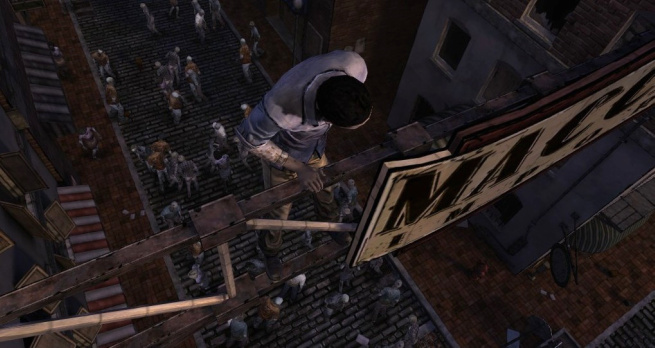 After five episodes spread out over seven months, Telltale Games’ episodic adventure series The Walking Dead has come to an end. Episode 5: No Time Left is the most harrowing installment yet — a brief, action-packed jaunt through the streets of Savannah that wraps everything up in an untidy bow and teases fans with the promise of a Season Two.

The focused, well-written plot
No Time Left picks up immediately where the last episode left off. Series protagonist Lee Everett stands in a morgue holding a walkie-talkie. The mystery man on the other end of the line has abducted Clementine, Lee’s 8-year-old ward. The rest of the episode focuses solely on getting her back. This makes No Time Left a leaner, meaner, and more tightly paced plot compared to its predecessors. 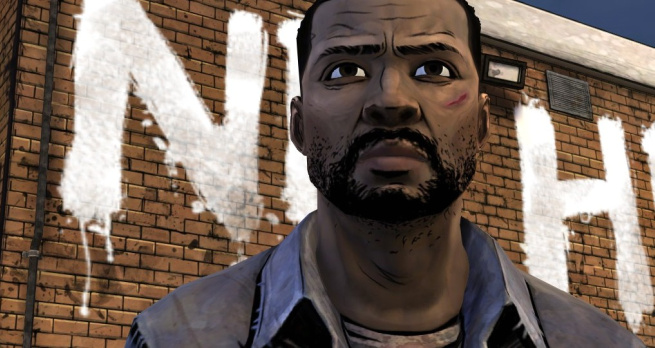 Much of the series’ lengthy puzzle segments are gone as well. Instead, action set pieces and quick-time events dominate the game’s short duration. None of these sequences are particularly difficult, but they do a good job of moving the story forward to its inevitably sad conclusion. At times, they feel almost cinematic. During one scene, as Lee fights his way down a zombie-infested street to reach Clementine, the music swells to epic proportions. The camera moves in close as he buries his meat cleaver into the undead with a solid thunk, one after another. It’s a very effective moment in an episode filled with them.

Even the game’s quieter scenes are meaningful. Telltale uses them to recall choices players have made throughout the game, good and bad. In many ways, No Time Left is more about Lee’s judgement as a person than it is about rescuing a child. One character in particular calls into question many of the decisions made throughout the series, and although his appearance in the story feels slightly contrived, he serves as a reminder of how personal your journey has been throughout all five episodes. Although Lee’s fate is pretty much set in stone, it’s how you get to that point that makes The Walking Dead a fantastic experience.

It’s too short
No Time Left is the shortest episode of the season due to the brisk pace of its plot and its emphasis on action instead of puzzle solving. You’ll feel a little sad by the time the credits roll and you realize that’s it. There are no episodes left. At least, not until Telltale Games releases a Season Two. (Also, stick around after the credits. Trust me.) 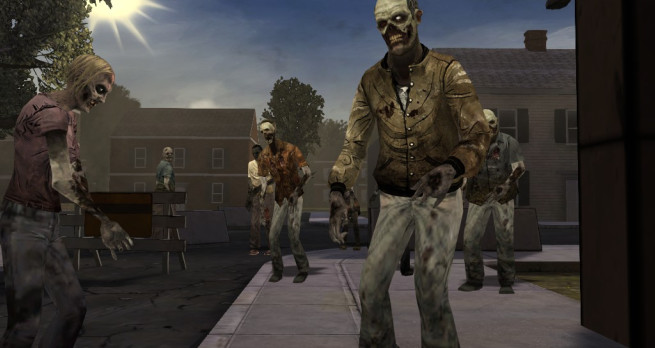 Thanks to Episode 5: No Time Left, I spent nearly three hours sitting at my computer with a knot in my stomach and a few unshed tears in my eyes. It’s rare to play a game that moves you emotionally, makes you care about its characters, and causes you to gasp out loud as it shocks and disgusts you. Anyone who values storytelling in video games owes it to themselves to play The Walking Dead.