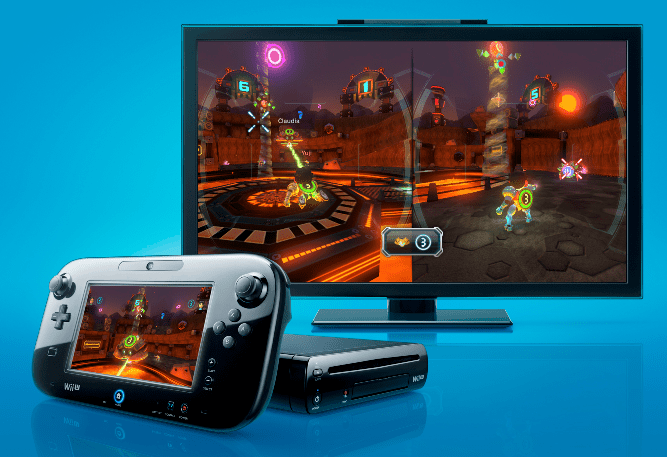 I can give you several reasons why I think Nintendo has set up the Wii U (launching in the U.S. this Sunday) for failure:

1. The initial price tag is a tad too high. $300 is great by new-console standards — remember the PlayStation 3 at six big ones? — but general consumers don’t see “Wii” and think “high-end electronics.” They paid $250 for the original Wii, and they probably haven’t turned that thing on in quite some time now. The more expensive Wii U probably feels like a “wait and see” proposition for everyone outside of the early adopters.

2. The hardcore content, so far, is all old stuff gamers have already experienced on other platforms. No one’s waiting an extra week to buy Call of Duty: Black Ops II on the Wii U when all their friends are already playing it on Xbox 360, PlayStation 3, or PC — no matter what new features Nintendo’s GamePad tablet controller provides.

3. We haven’t yet seen that one killer application that will turn normally savvy consumers into impulse-buying robots who can justify to themselves a $300 machine for a single game. Halo (Xbox 1) and Wii Sports (the original Wii) are “killer.” Nintendo Land and New Super Mario Bros. U are not. Fun … but not necessarily system-sellers.

But above everything else, I feel this one design choice will ultimately prove to be the Wii U’s undoing in the long run: The buttons on the controllers are in the wrong place. The hardcore players aren’t going to like that, as I’ll explain in more detail below. And if they’re not buying games on this system, the Wii U will end up a lot like the first Wii: successful in the beginning, collecting dust before its time should be up.

The Wii U wants YOU

Nintendo’s older Wii (sans “U”) disrupted the home-console business when it launched in 2006, breaking records and selling millions to a casual, more mainstream demographic that competitors didn’t realize at the time would plop money down on video games. The Wii was a huge deal … at first. Nintendo owned all the headlines for a while but eventually conceded its top-dog spot to Microsoft’s Xbox 360, which now regularly tops sales charts. It turns out that the casual, more mainstream demographic has a spending limit.

In the summer of 2011, Nintendo of Japan president Satoru Iwata took the stage at a press conference at the Electronic Entertainment Expo (E3) trade show. He explained what the goal was with the Wii U before he introduced it to the world:

Mental boundaries still exist in how game systems are defined. Some hardware is seen as appropriate for only the most active, passionate players. Others, like Wii, they say seem to attract a large number of more casual gamers. As an industry, what we haven’t achieved yet is a game platform that is equally satisfying for all players. This is exactly what we intend to create with our new home platform.

Iwata sent a clear message to the industry: We want the core gamers back (“we want the people who spend a lot of money on games back on our platform”). That’s why at E3 2011, Nintendo bragged about its renewed relationships with key third-party publishers like Ubisoft (Assassin’s Creed), Namco Bandai (Tekken), and THQ (Darksiders II). And that’s why it is bringing out a more traditional Pro Controller (pictured below), so the Wii U can host blockbuster hardcore series from other consoles like Call of Duty. 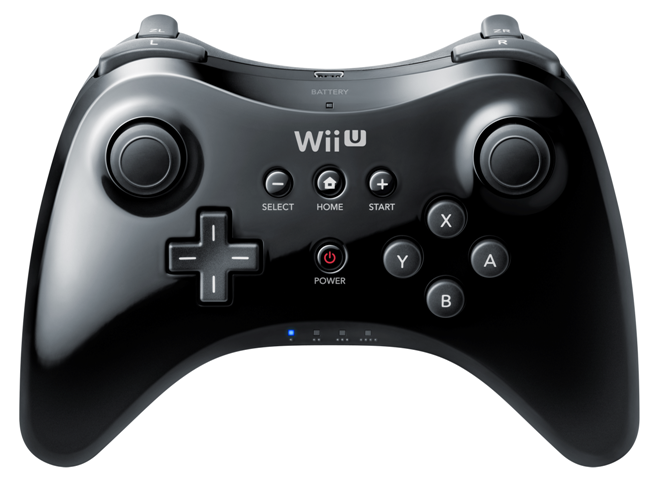 The problem: That is not a traditional controller. Compare it to what you see on the Xbox 360 and PlayStation 3 (respectively, below):

This may not seem like a big deal. Hey, the new design may even be more aesthetically pleasing. (I like how the two sticks are lined up now for Wii U controllers.) I didn’t even think much of it when I first saw the photos of these new peripherals. But when I got my hands on them …

Where did the buttons go?

Here’s the thing: Xbox and PlayStation gamers — the hardcore guys Nintendo wants playing the Wii U — have put in countless hours into twitchy, non-casual games, even before the current generation, dating back to the PS1 days. Call of Duty. Halo. Uncharted. Battlefield. Killzone. Gears of War. BioShock. They don’t have to be all shooters, either. Madden. Assassin’s Creed. Grand Theft Auto. Splinter Cell. Street Fighter. Soul Calibur.

See what I’m getting at? Imagine the collective time invested in all those games. Countless thumbs pressing the correct buttons without players even having to look at them. That’s years of hand-eye coordination burned into our brains and hands.

Anyone who’s spent an extended amount of time on any Xbox or PlayStation system — and that’s a helluva lot of people — will have a hard time adjusting to either Wii U controller. How many gamers will want to take their right thumb off the analog stick and instinctively move it to a far-too-familiar (but no longer there) spot to hit the reload button in Call of Duty? To pass to the wideout in Madden? To throw a haymaker in Batman: Arkham City? “It’s not impossible to relearn,” says writer Rus McLaughlin, who, amongst the GamesBeat staff, has spent the most time on the Wii U so far. “But it is opposite of what your muscle memory is used to.”

In a gamer’s world, a split-second delay can mean an empty gun clip while facing down an enemy, an interception in the Super Bowl, or an embarrassing whiff in a fistfight. The Wii U will have a lot of those moments as it forces players to rewire their gaming instincts and to look down at their controllers once in a while to see what they’re supposed to press. How many Call of Duty players are going to say, “Fuck this” when they miss a critical reload and return to shooting on their Xbox 360s or PlayStation 3s? 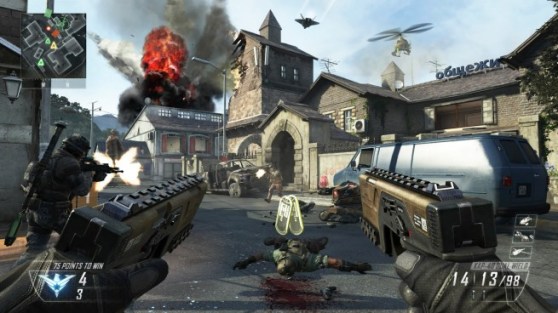 “It’s a little bit annoying,” a hardcore-games developer told us, wishing to remain anonymous since his company has to maintain a good relationship with Iwata and company. “It’s a little bit of a weird [design] decision by Nintendo. There’s not this big need to reinvent the wheel. It’s unfortunate that Nintendo wants to do something different, whereas the rest of the industry is trying to standardize controllers.”

Other game makers, however, think the Wii U shouldn’t even try to mimic its competitors. “From a creative standpoint,” says Robert Bowling, president of developer Robotoki and the former creative strategist on the Call of Duty series, “I’d much rather see developers encouraged to tailor their multiplatform experiences to the unique advantages of the Wii U and its tablet controller, rather than further encouraged to port existing experiences to the console unaltered. Giving developers even more reason to drop ‘tablet controller’ specific additions from their feature list when bringing their multi-platform titles to Wii U discourages innovation, and while it solves the perceived problem of bringing more games to market on the console, it also hinders the unique personality of the games on it.”

Know your ABCs (and XYZs)

It also doesn’t help that the letters X, Y, A, and B on the Wii U controllers don’t match their brethren on the Xbox 360’s gamepad. Yes, I know that’s because Nintendo wants to keep them consistent with how they’re arranged on its popular DS and 3DS handheld systems, but that’s only going to further confuse the hardcore guys (a good portion of whom are presumably Xbox gamers). Their thumbs just know where the “A” button is. Just not on the Wii U. Not without an awkward feeling-out period.

The Wii U does enough interesting new things to warrant a close look, so yes, Iwata is going to get some of his hardcore gamers back. But I don’t think they’re going to stick around to make the system a long-term success.