Polish game studio CD Projekt Red has a “golden reputation,” according to Tadek Zieliński. He’s the project manager on The Witcher: Battle Arena, an upcoming mobile off-shoot from the much-loved Witcher role-playing series. It’s a reputation built on years of trying to do right by gamers, including fighting against the controversial digital rights management implemented so doggedly elsewhere.

So why would the big Warsaw-based publisher risk its reputation by making a free-to-play mobile game — something that’s already tainted the rep of many bigger studios?

“Because we want to grow,” said Zieliński. “We want to expand the [Witcher] universe. We want to grow on mobile, and actually that’s something that we had in our strategy for the company. It was put in the strategy in 2011.”

But Zieliński, a veteran of the e-sports and MOBA (multiplayer online battle arena) scenes, knows that CD Projekt needs to tread carefully as it moves to mobile.

He then talked me through the cross-platform mobile MOBA — which CD Projekt Red designed and produced and Polish mobile specialist Fuero Games programmed — that he’s obviously passionate about bringing to iOS and Android devices later this year.

And “all three people who are using Windows phone,” later down the line, he joked.

From novels to PC to mobile

The MOBA market is looking pretty tapped-out these days. The biggest problem for new titles is bringing a unique angle that will tempt MOBA players, who tend to stick to one title, to try something new.

“You can’t stick a Witcher sticker on everything, like on League of Legends, on Dota, whatever,” said Zieliński. “Because basically it won’t work.” So CD Projekt Red decided to start from the beginning, deciding what is and isn’t a good fit for mobile and its Witcher brand, based on the fantasy novel series by Polish writer Andrzej Sapkowski. 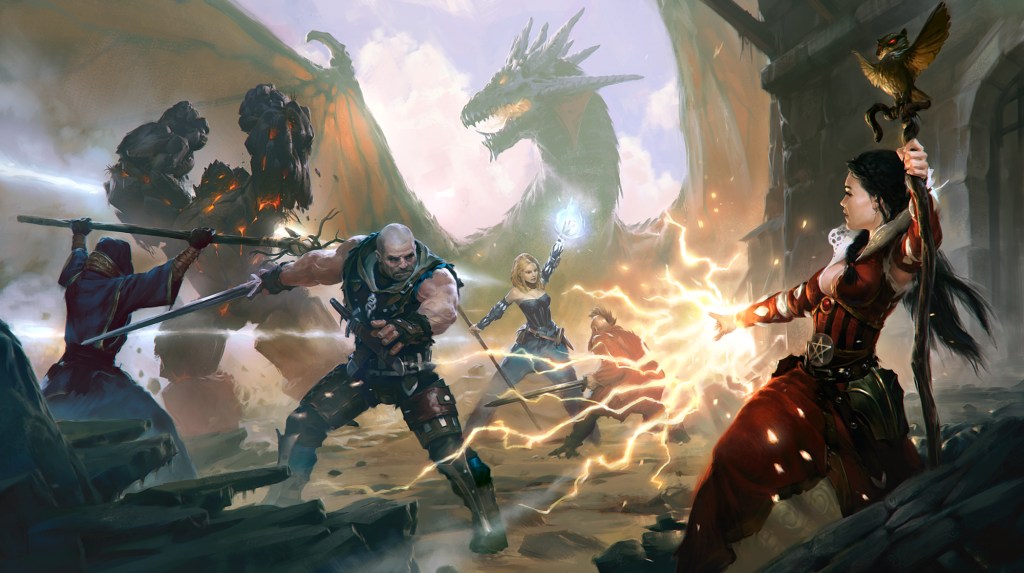 Above: The world of the Witcher has plenty of characters to draw on.

Having a genuine reason to offer arena play was a good starting point. The action initially takes place in the arena from The Witcher 2’s Enhanced Edition, which pits the player against hordes of enemies in pursuit of a prize from the emperor.

What happens in the arena this time around is a fast-paced battle for two teams of three, both trying to dominate three capture points. “It’s Domination from Call Of Duty, Conquest mode from Battlefield, Dominion from League of Legends,” said Zieliński.

“When you’re trying to explain people what is MOBA and how you play it, I double-dare you to do it in less than 10 minutes,” he said. “You won’t, probably. This game is explainable in less than a minute.”

Playing on the john

Building a mobile MOBA is very different to making one for PC. For a start, mobile gaming tends to take place in shorter bursts, often in unusual places.

“Basically that’s why our matches are 5-to-10 minutes long.”

The team tried pitting teams of five against each other, but it didn’t really work out. So instead it has gone for fast 3-on-3 battles that reward the player with pay-outs and drops at the end of each round.