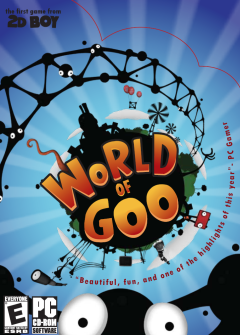 The growing popularity of the indie game, World of Goo earned it the No. 1 rank on Amazon’s top ten best-selling PC games recently, albeit temporarily, among giants like World of Warcraft, Spore, Left-4-Dead, and Fallout3. This independently developed game’s success illustrate the changes that are taking place in the video game and digital content distribution landscape. How appropriate, as we end this year and look for changes in the next.

A physics-based puzzle game for all ages, World of Goo is filled with varying species of dynamic goo balls that form the building blocks of  bridges, towers, and constructions, the whole point being to navigate around obstacles and reach an exit pipe. Sounds simple enough. But some levels will leave you frustrated and determined to create (or, in my case, recreate) a goo structure that might actually hold up. The game environment, including the music produced by Gabler, definitely has a dark, Tim Burton-esque feel to it that contrasts well against the quirky, upbeat goo balls. Whether it’s the actual science of building towers or figuring out the mystery behind the odd semi-involved characters (e.g. the painter, MOM, the Goo Corporation) that interests you, this game will definitely make you wonder. (Here’s a video description of it).

The story behind the making of the World of Goo is compelling. It’s the product of two guys, no money, and lots of hard work. The ex-Electronic Arts designer-developer duo, Kyle Gabler and Ron Carmel, don’t even have a garage. Their game studio, called 2DBoy, is based out of any Wi-Fi enabled coffee shop in San Francisco they can squat in for the day. According to Carmel, World of Goo has been built with a budget of just $10,000 dollars, all of which comes from personal savings. 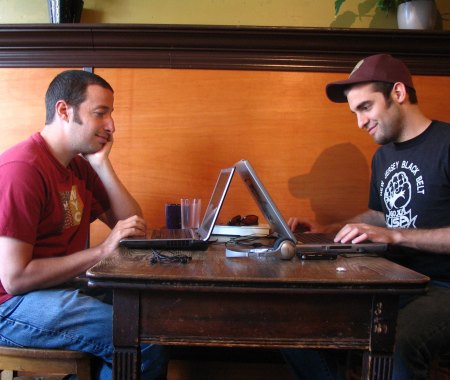 “We never sat down and made a budget, but if we had, it would have included rent for our apartments, meals, coffee, and kitty food,” Gabler said.

Compare that to the sky-high development costs of Left-4-Dead or WoW that also sit in Amazon’s top ten. These are the games that symbolize the traditional gaming industy: big investments, expensive hardware, large teams, extensive publishing and marketing networks, and protracted development timelines. These aren’t bad things and it’s definitely unfair to compare indie games like WoG to hits like WoW, which now has 11.5 million subscribers. At the same time, it is remarkable when the two can share a place, side-by-side on America’s largest online retailer.

The indie movement in games goes through constant expansion and contraction. The indies are good about developing creative titles, but game costs keep rising and that makes it hard for the indies to stay afloat. Activision was formed after a group of developers broke away from Atari; CounterStrike grew from a user modification of Half-Life. Games like Portal and Braid (one developer with a budget of $180,000), not exactly traditional, have also become immensely popular recently. Costs of game development are certainly falling — the specialized hardware and software that was so costly and prohibitive in the past pose less of a barrier than they used to — but that’s not what is causing the tipping point. 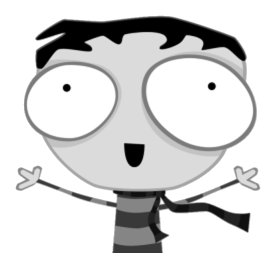 What’s new is that there has been a shift in how games are getting to players. Platforms like the ones offered on Facebook and the iPhone, as well as new digital distribution channels like Steam, Nintendo’s Wiiware, and the XBox arcade have created a route for small developers to gain access to large audiences in a way that wasn’t possible before. This has brought costs way down and attracted so many people that gaming is no longer a niche market. It has also widened the selection of games, allowing the good ones to organically gain market share and the bad ones to fade away.

2DBoy actually attributes the viral success of WoG to their blog and early web presence. After the game won awards at the Independent Games Festival at the Game Developers Conference last year, a snowball effect helped the game land publishers and other distribution deals. Suddenly, publishers who didn’t respond to earlier requests now wanted to publish the game. The duo also capitalized on every public relations opportunity that presented itself. According to Kyle, WoG is a good example of how focus on detail and quality results in a game that markets itself. Gabler isn’t talking about raising institutional funds but did hint at future growth, “the game industry is ripe for some big changes and we have a couple of ideas that would require external funding.”

[World of Goo is priced at $20 on Amazon and Steam and on WiiWare for $15. It’s also available on the PC through Direct2Drive, Beanstalk, Greenhouse, and Impulse. You can also demo World of Goo for free on Steam here or from 2D’s site here for the PC version and here for the Mac version. There’s more on the development of the game on 2D’s blog, including posts that date back to June of 2007 in which Gabler describes his “small side project to learn Flash” by drawing “goopy bubbles.”]