Tim Schafer, one of the zaniest people in video games, is having his “double finest” hour. The founder of Double Fine Productions has his chance on the big stage to talk about multiple new games at the Sony PlayStation Experience (PSX) fan event in San Francisco on Saturday.

His company has already raised $1.8 million of its $3.3 million goal for the new Psychonauts 2 video game on Fig, the new crowdfunding platform that Schafer helped start. With the crowdfunding campaign going well, Schafer is on his way to being truly independent, something that is important to his ability to keep creating zany original games.

Double Fine is also publishing Headlander, a goofy title where you can transplant your head from body to body, through Turner’s Adult Swim entertainment brand. Double Fine is also launching remastered versions of Schafer’s classic LucasArts titles, Day of the Tentacle and Full Throttle.

And Schafer also announced a brand new virtual reality game, Psychonauts in the Rhombus of Ruin, for Sony’s PlayStation VR platform. That’s a lot of work for Schafer’s company, which has just 48 employees in San Francisco. But given the mind of Schafer, I wouldn’t be surprised if they have 48 games in the works.

I caught up with Schafer at the PSX event. Here’s an edited transcript of our interview. 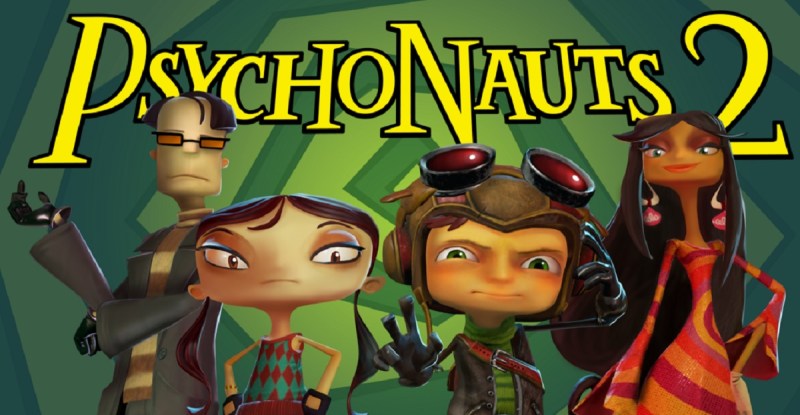 Above: Double Fine is raising $3.3 million for Psychonauts 2.

GamesBeat: You have a lot of games here. Four?

Tim Schafer: Yeah, we can’t stop announcing games. Psychonauts 2 the other day, Psychonauts in the Rhombus of Ruin, the Psychonauts VR game….

GamesBeat: Is that completely different?

Schafer: It’s a completely stand-alone adventure that takes place in-between the two games. Psychonauts ends with the kidnap of Truman Zanotto. Psychonauts in the Rhombus of Ruin, you actually go and rescue Truman. Psychonauts 2 starts with you back at the base after that mission.

GamesBeat: How’d you get so busy with all this simultaneous work?

Schafer: We have one team doing the remasters. They did Day of the Tentacle, and after that they’re doing Full Throttle, which we just announced. Then we have Lee Petty’s team doing Headlander. The secret is that they’re just totally autonomous. Lee runs that project and keeps it going without any help from me. That’s how we manage to do multiple things at once. Then we have the Rhombus of Ruin team, and we’re just starting up the Psychonauts 2 team.

GamesBeat: Is that all in-house?

Schafer: We have outsourcing sometimes, getting help for programming and animation. We have 48 people right now on five projects, but last year we had a point where they were on seven. It seems like a lot because we announced a lot right in a row, but we’re actually focusing a lot more than we have before. One remaster, one Lee game, and two Psychonauts games. 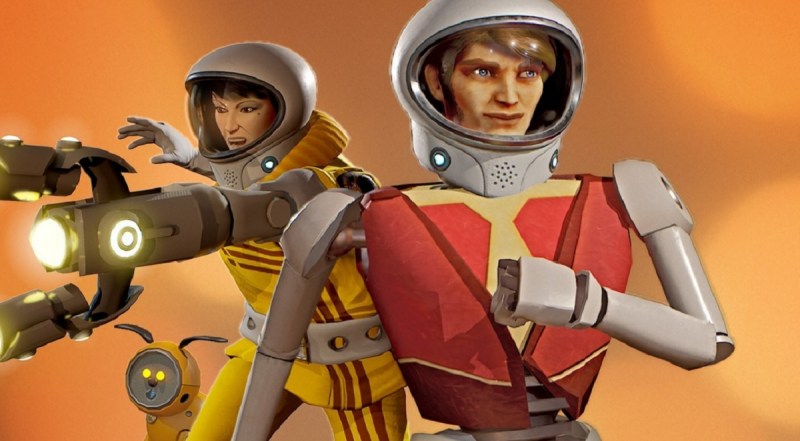 Above: In Head Lander, you can attach your head to other bodies.

GamesBeat: What are you putting most of your own work into?

Schafer: I’m working on everything Psychonauts and everything Day of the Tentacle. I’m doing design for Psychonauts 2, working with the artists to create some ideas for it already. I wanted to do Psychonauts 2 right after Psychonauts, because we always had ideas for another game. Then we got busy changing into a company that makes multiple smaller games, like Stacking and Costume Quest. That helped us get into self-publishing, and then we got into crowdfunding, which allowed us to be independent.

Before the crowdfunding experience I was at a point where I was thinking, “I’m ready to do Psychonauts 2.” I got a pitch together and took it to publishers and asked for a few million dollars. But they’re always hesitant to spend that much money on a unique, weird, psychedelic kind of game, so that was never going to work.

Then we had the amazing crowdfunding experience with Broken Age. The day before we launched that, Notch tweeted about Psychonauts 2. It was all over Twitter that we were going to make Psychonauts 2. Actually we were just about to announce this completely different thing. That occupied my brain for three years. But Notch did put the idea in my head, even though he didn’t end up being involved with it. He is a backer now. But he planted that idea.

GamesBeat: You did Fig as well. Did you see Fig as something that was a prerequisite for doing Psychonauts 2?

Schafer: Yeah. Fig is a whole different thing as far as crowdfunding goes. It enables, in the end, raising larger amounts. Even though crowdfunding great and people were doing it just to be supportive of an artistic project, there was always this question of, “Well, what if we got rich? What if we had a big hit? What if everyone raises the money for us to do it and then I get rich off that it?”

I asked if there was a way I could share royalties with backers and they said, “No, that’s illegal.” It’s regulated by the SEC. You have to be an accredited investor, meaning you’ve got a million dollars in the bank. That’s sad, that we couldn’t share with our backers. But then the JOBS Act changed that, and Justin Bailey, our COO at the time, pointed out that this opened up a lot of doors for us. We could use unaccredited investors in combination with crowdfunding to create a whole new way of investing. That’s what I wanted. I wanted to be able to share royalties with people.

Justin left to start Fig. I’m on the advisory board along with Brian Fargo and Feargus Urquhart. We see this as the way of funding our games in the future, bigger games. 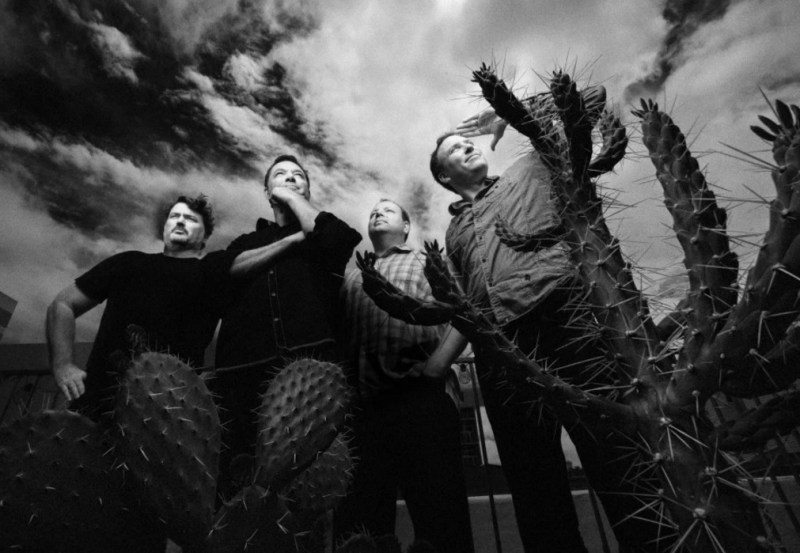 Above: The Fig board from left to right: Tim Schafer, Brian Fargo, Feargus Urquhart, and Justin Bailey.

GamesBeat: It seems to be the kind of thing that independent developers need. They need to band together on some things. You couldn’t have done this on your own, it seems like.

Schafer: Having that advisory board is really helpful. We have a lot of experience with crowdfunding, but so does Brian. Those are the most successful crowdfunding campaigns ever. They have a whole different perspective. Brian is a bit more business-minded than I am. They all contribute a lot. Getting that whole band of developers together helped out.

GamesBeat: Psychonauts 2, is that a little more baked than it would have been, since you’ve had a lot of time to think about it?

Schafer: There’s a whole backlog of ideas, story ideas, that I came up with when I was doing Psychonauts. I think a lot about backstory. There’s a lot of backstory ready to go that we want to explore more deeply, about Raz and his family and the curse put on his family to die in the water. That was a throwaway line in the first game, but it’s something we want to explore.

In the second game we’ll deal with Raz’s family and what happened there, what that means for his future and how it relates to the Psychonauts’ origin. I also have this Google doc I’ve kept open for years. Whenever I meet an unusual person, I think about what the world in their mind might look like. That could be a level of Psychonauts.

GamesBeat: How much involvement do you have with Sony now?

Schafer: Sony’s our partner for Rhombus of Ruin, the VR game. That’s exclusive on PlayStation VR. They’re also our partner with the Full Throttle remaster we just announced. We’ve done a lot of stuff with them lately, like the Grim Fandango remaster and Day of the Tentacle. We like working with them and being on the platform.

GamesBeat: Psychonauts 2, have you decided on platforms for that?

Schafer: We have a bunch listed on our page. PlayStation, Xbox One, PC, Mac, Linux. That’s all that’s on the page right now.