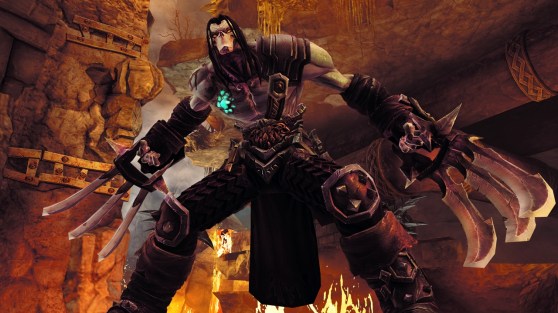 Fans of THQ’s Darksiders games can take some comfort in knowing that there is still hope left for the franchise, while properties on an indefinite hiatus, like Homeworld, may see a revival. This news comes shortly after the now former publisher THQ announced the sale of its assets in yesterday’s bankruptcy auction.

GameInformer asked THQ president Jason Rubin about the fate of some of the publisher’s unsold franchises, such as Darksiders and Red Faction, to which he responded, “There will be a separate process to sell off the back catalog and IP [intellectual property]. That process will take place in the coming weeks,” as pointed out by Joystiq.

Yesterday, THQ announced that it had raised $72 million in asset sales with several of its studios and upcoming games sold to publishers like Sega and Koch Media (better known for its Deep Silver publishing arm in the U.S.).

However, this only seems to extend to the franchise. Vigil games, developer of Darksiders, received no bids. The studio was shut down, and the employees were laid off. We also learned that the studio had a game in the works codenamed Crawler. Bayonetta maker Platinum Games, the developer working on Metal Gear Rising: Revengeance, did reportedly express an interest in the property, and it suggested that it would hire ex-Vigil staffers, according to a GameSpot story. Platinum’s interest in Darksiders is not surprising, considering that it’s a hack-and-slash brawler in the style of the developer’s past offerings.

The selling of THQ’s assets may mean the return of franchises that have been long forgotten by the publisher. Independent developer teamPixel is making a bid on the Homeworld property if it can raise the money through its “SaveHomeworld” campaign on Indiegogo, a crowdfunding site similar to Kickstarter. If teamPixel can pick up the rights to Homeworld, it will take over development of the real-time strategy series.