The maelstrom of the Battle of Verdun consumed nearly a million lives in World War I. But Battlefield 1’s main campaign had no mention of it. Electronic Arts’ DICE studio has addressed that with the launch of They Shall Not Pass, the first expansion for EA’s first-person shooter game set in The Great War.

Verdun was a nightmare, with the Germans launching the largest artillery barrage of the war to date at the outset, setting the small town and its surrounding forest ablaze, before it launched an infantry assault that was aimed at “bleeding France white.” They Shall Not Pass has four new multiplayer maps that capture the grind of trench warfare in Verdun, where the French army made its stand.

I played They Shall Not Pass at an event at EA in Redwood City, Calif., and then I interviewed Valerian Noghin, lead game designer of They Shall Not Pass at EA DICE. Noghin said the team had to pay close attention to close combat balance with the multiplayer maps, since it isn’t easy to make trench warfare fair for both sides in a battle. 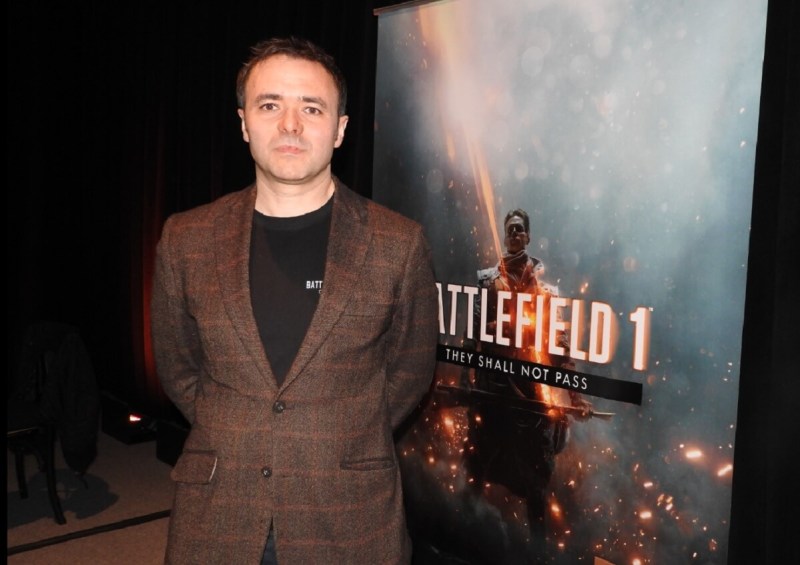 Above: Valerian Noghin, lead designer on They Shall Not Pass at EA DICE.

GB: What was your objective with this first DLC?

Valerian Noghin: At the highest level, it’s bringing the French army into Battlefield One. Everything else comes along with that – the hardware, the vehicles, the fronts like Verdun. Verdun was a must, because it’s such a big part of their war.

GB: The original scenarios were more unusual, on the fringes of the war. This is closer to the front lines, the trench warfare everyone’s familiar with.

Noghin: If you look at single-player, yes, we wanted to bring out the unusual and the unknown. The untold stories from that period. If you look at Rupture, there’s a lot of trenches. That’s something we heard from people about the main game, that they wanted more trench warfare, more close combat. That’s also true of Fort de Vaux, which has a lot of interiors and a lot of close combat. It’s similar to what we saw in Operation Locker and Operation Metro in Battlefield 4 and Battlefield 3. We’re happy to finally bring that along. 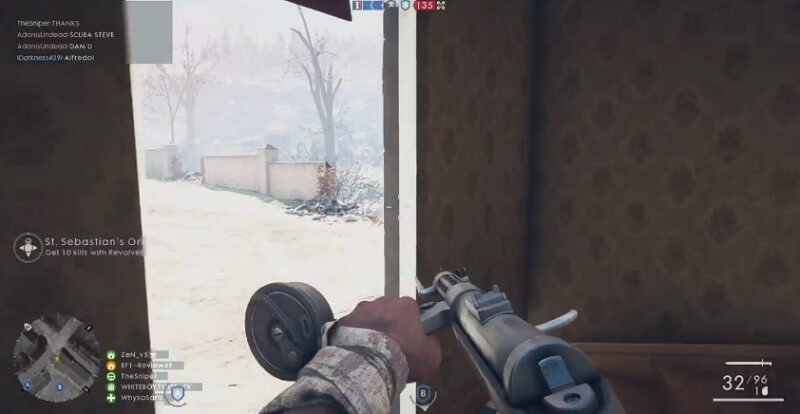 Above: Hiding in a farmhouse in Battlefield 1: They Shall Not Pass.

GB: On the surface, it seems like it’s hard to make the trenches fun in a multiplayer game. How did you approach that?

Noghin: We looked at stuff we’d done before. We had an entire expansion pack for close quarters, so that was easy. Since we wanted to do slightly closer combat, if you look at everything—the Trench Raider is another example of close combat. We used that, and all the melee weapons. We had the formula from before, I would say, and we just kept improving that.

I’m happy with how Fort turned out, because the first impression is that this is just a meat grinder. But there’s way more ways to flank and different ways to approach. It’s linear than something like Metro was, for example.

GB: In general it’s very rewarding to try to flank.

Noghin: Exactly. That’s the whole point. If you pay attention to the main game, Argonne Forest is quite a linear, infantry-heavy map. I’m glad that we had that already. We didn’t want to do that again, another map that just has one corridor. We have more flanking. You can go outside and come back in from another angle. We saw that today when people were playing it. Both Operations and Front Lines had a lot of that.

GB: I haven’t seen the behemoth yet. What’s that?

Noghin: The behemoth is a Char 2C. It’s a really large vehicle. They’re playable in Conquest now. When the losing team gets close to losing the round, that’s when the behemoth shows up. The main cannon can disable other vehicles in one shot, pretty much. With a second shot they can kill almost anything in the game. When you see it coming, it’s best to just stay away. But the good part is that the main gun doesn’t have 360-degree rotation. There’s a blind spot at the back. That’s where I would be. But the best thing to do is stay away and work on taking it down because it has a lot of armor. You can also reach anywhere on the map with it, unlike the train. It’s not on tracks or anything like that.

GB: What kind of new weapons have you added?

Noghin: We have quite a few. You can obtain them all through the weapon assignments, which is something new we’re bringing in. We have 12 weapon assignments. Most of the weapons have two variants, like the Chauchat. That’s the one you see on the posters here. It has a short range, lightweight version, and a scoped version for long range. Then you have the Lebel 1886, also with two variants, for the scout class. You have the RSC 1917 for the medic, which is really powerful. It only has five shots plus one, but if you make them count, it’s really satisfying to use. And then you have the assault class with both an SMG, the Ribeyrolles SMG, and a new shotgun. 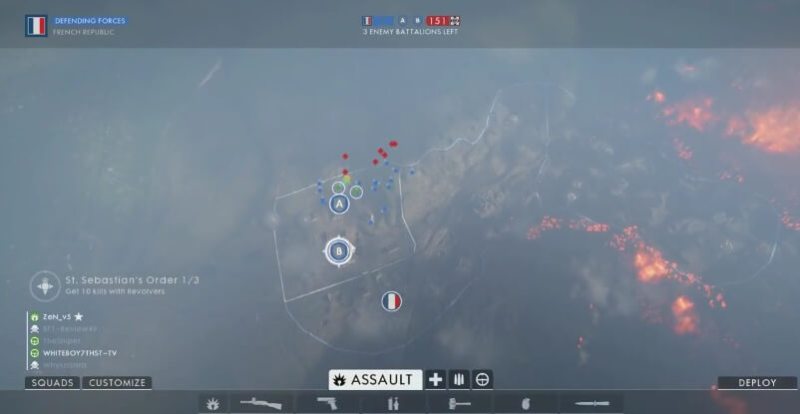 Above: The battleground is scorched by fire in the Verdun Heights map.

GB: I was using the experimental machinegun a lot. It seemed pretty nice at long range, but not quite a sniper’s weapon.

Noghin: If you prefer that kind of gameplay, you’ll love the Ribeyrolles, because that’s exactly what it does. It has a longer range. It even has a bipod, the first SMG with a bipod. You could probably say it was something like a prototype assault rifle, something that was fully developed in later wars. It behaves like an assault rifle would in another game. 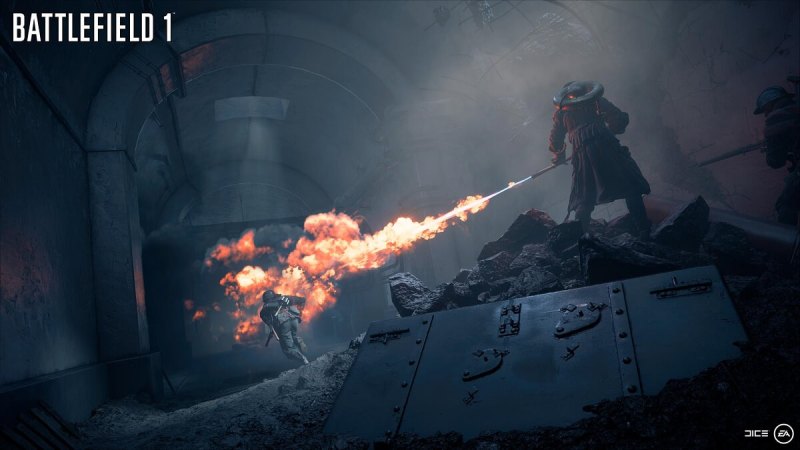 Above: Flamethrowers in Battlefield 1: They Shall Not Pass.

GB: That’s another real weapon, something they actually created?

Noghin: Oh yes, the Ribeyrolles existed, absolutely. It’s a team of designers that also created the Chauchat. There are certain similarities if you look closely. You can see their initials stamped on the weapons.

GB: One of the maps reminded me of the Italian Alps map, where it’s a sort of valley in between two hillsides.

Noghin: Yeah, this is Soissons. It’s French countryside with rolling hills and a beautiful landscape. I can see the similarities to the Alps.

GB: So far, what seems to be resonating with players? Which maps do they like, that you can tell?

Noghin: We showed three of them already, everything except Verdun Heights, the map on fire. That one we wanted to keep close to the chest. But it’s up today. It’s a bit early. I think we have some classics here. We have so many maps we’ve done over the years, and these four in many ways exceed them. These are probably some of the best maps we’ve ever done. Time will tell if I’m right. Personally I’m an infantry guy, so I think I prefer Verdun and Fort de Vaux. But I see players really enjoying the vehicle-based maps, Soissons and Rupture.

GB: And then you have Gallipoli?

Noghin: Right, the Gallipoli campaign is going to finally come to multiplayer. You’ve seen some of that in the single-player campaign. That’s the beach landing and all that stuff. 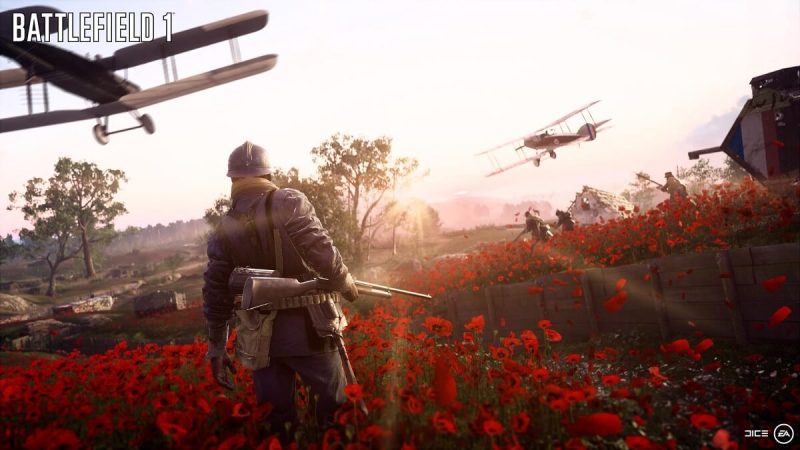 GB: What’s coming up in other expansions? You have the naval one, the Russian one.

Noghin: The Russian expansion, In the Name of the Czar, will probably follow the same template as this one. I don’t know the exact details, but we’ve seen the value of focusing on something exclusively. The way we package everything, the sum of it becomes so much more. This time it’s the French. The next time will be the Russian army and the Russian front, which was the largest front of World War One.

GB: It looks like there are more horses in that one?

Noghin: Yeah, I think you’ve seen that in the concept art. It’s definitely coming back. More horses and new gameplay opportunities. The naval expansion, Turning Tides, will obviously be sea warfare, just like the name implies. I remember even on the main game, looking at some of the things that went on in the North Sea, like the Zeebrugge Raid. They had a staged attack where they took a ship and tried to drive it into a canal and blow it up to block the exit. All these really crazy, advanced raids. That’s some of what we’ve drawn inspiration from.