Do you miss the days when a home console was nothing more than a slot for cartridges, a device that immediately played games as soon as they turned on? Well, someone is trying to make those days come back.

Mike Kennedy is the publisher of Retro Magazine, so he obviously loves old games. However, he thinks enough people share his passion that the world is ready for a new cartridge-based system, which he’s working on right now. It’s called the Retro VGS (Video Game System), and he’s hoping to launch a Kickstarter crowdfunding campaign for the device this summer.

I talked to Kennedy about the system, what kind of games he wants on it, and the unusual way he created the console’s shell.

GamesBeat: It seems like most people who cover games media focus on new or upcoming releases. What is it about retro gaming that attracts you?

Mike Kennedy: I’m in my mid-40s. I grew up with the retro-retro games, back in the ’70s and ’80s. Like many of us, you get some disposable income and you go back 15 or 20 years and start collecting the things you either had when you were growing up or wish you had. I’ve made kind of a hobby/career of it.

I was part of a podcast, Retro Gaming Roundup, which we started back in 2008. That show got me acquainted with a lot of the industry icons that started the industry back in the ’70s and ’80s. Now they’re all friends of mine. That’s where the relationships started. Then, in 2008, I started Game Gavel, which was like eBay but just for video games and other geeky-inspired things. Then I’ve been just adding more things to this business model surrounding the whole retro genre.

Then we did the magazine Kickstarter back in 2013. We sold about 2,500 subscriptions in that 30-day period, which launched Retro magazine, a print and digital magazine. Again, just trying to bring back a little piece of that culture with a print magazine. There’s Game Informer and a few other magazines that are still out there, but I think what’s really special about Retro is that it’s not time-sensitive relative to what’s coming out on the market right now. Although we’ve changed our model a little bit starting with this latest issue. There’s just a lot of history in there. We have original illustrations and artwork. We have a cartoon in the back like a lot of the old video game magazines did back in the day. Just trying to emulate those magazines in the modern day, with a bit of a more modern look. 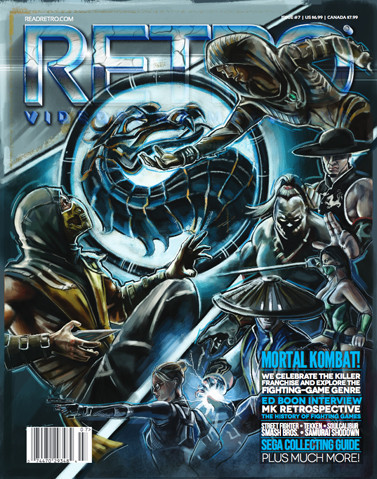 The magazine’s been super-successful. We’re now part of Arcade Block. They’re inserting our magazine in all of their boxes. Our circulation is up over 30,000. We’re in Barnes and Noble, starting with this month’s issue. We have Mortal Kombat on the cover, celebrating Mortal Kombat and fighting games in general. That should be hitting the shelves today, hopefully. The magazine’s been great. We work with a great team of writers I assembled: Jeremy Parish, Chris Kohler, Kat Bailey, Seanbaby, Andy Eddy’s in there. Alexander Hall does all our copy editing. It’s just an all-star cast of writers, all reminiscing and writing about the games they grew up with, the franchises they love. It’s just all about celebrating the history of games. How did we get to where we are today.

GamesBeat: The magazine is definitely cool, but it’s kind of a big leap from a publication to making a console.

Kennedy: Well, yeah. When we started this magazine everyone thought we were a little nuts. Actually, before the magazine was even an idea that we had had, Steve Woita and I were kicking around the new console. This goes back probably two and a half years. The timing just wasn’t right, I didn’t think, at that point, for the console I wanted to bring out, which was going to be a cartridge-based console to play new games on cartridges. It’s not like the Retron 5 where you can plug in your old NES carts. There are lots of ways to play your old carts on a variety of other clone systems. What I wanted to do a couple years ago was make a brand-new console that just ran off carts again. It’s all solid state technology, right? A cartridge-based system, just like the Atari. You can still find Ataris at the swap meet, cartridges, 30 years later, plug them in and it all works. To me that’s the coolest technology out there, with that longevity. A lot of us grew up with it. The kids these days are going to miss out on that.

You’re going to be hard-pressed to find a working original Xbox in 25 years. I just think that’s terrible for the kids these days. I don’t know if they realize that. Maybe it’s not a big deal to them. But we can preserve some of that for them with these retro-style games, which are making a huge comeback right now. Like I said, three years ago, I didn’t think it was possible.

But at E3 last year, I really thought that now was the time. At Microsoft’s booth and at Sony’s booth, which are super-expensive as we all know, they dedicated half of their floor space to showing off indie titles. Most of those titles had some retro influence, or were just flat-out retro-looking, classic-looking. The light kind of went on and I said, OK, they’re taking this genre seriously, the big boys. They have all these games at their booths. That’s when I thought that now is the time to bring out this console. We have the games coming out. We have tons of indie developers, and even mainstream developers, dusting off old IP and polishing it up. I think retro gaming is kind of an art form by itself at this point. It’s being taken seriously as a genre, at least for digital and streaming. Some of these games like Shovel Knight — don’t you want to play Shovel Knight off a cartridge 10-15 years from now?

GamesBeat: It’s funny. That’s the first game I thought of when I heard this whole idea, how cool it would be to have a Shovel Knight cartridge. 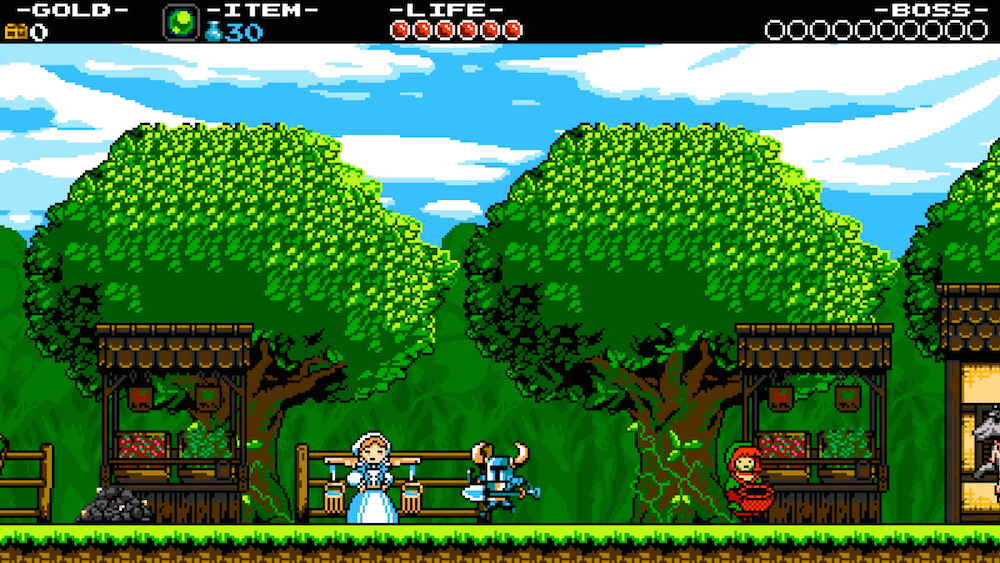 Kennedy: We’re talking to Yacht Club. It looks like there might be a chance — not 100 percent — but we’re talking about Retro City Rampage coming out on it, hopefully for launch. We’ve talked about some games already. The point is, there have been some great digital mobile games, retro mobile games, and they’re just lost in time. Some of these deserve to be preserved. Again, going after games that are super popular in the digital, mobile, or streaming world and bringing them to cartridges to preserve them, to give gamers the opportunity to play them years down the road on original hardware, not having to emulate them, with boxes and illustrated instruction books. All these things people love collecting today. All of us that grew up with Atari and Genesis and NES — we’ve got walls of games. It’s a huge pastime. If you’re 15, 16 years old today, what are you going to have on your wall in 10 or 20 years? But I don’t know. I’m hoping there’s still time to show the younger gamers that, first of all, these classic games are still fun. At least for these types of games, if you enjoy them, you can buy them on these cartridges and play them for most of your life.