All of the pieces seem to be falling into place for Amazon’s rumored set-top box — and now we have a potential wireless game controller.

The controller sports the usual buttons, directional pad, and analog sticks, but it also includes buttons dedicated to Android functions (the three in the center), and media controls at the bottom. Unearthed by David Zats via a Brazilian regulatory agency (PDF), it’s our closest look yet at the hardware that could be in Amazon’s media box, which should also run services like Netflix and Hulu Plus.

At first glance, the wireless Bluetooth controller resembles just about every other modern gaming pad. If real, it’s clearly Amazon’s first stab at gaming hardware — it looks excessively bulky, and it’s not something I’d look forward to holding in my hands for long. It resembles other first-time game controllers, in particular OnLive’s controller (although even that one seemed more slick). 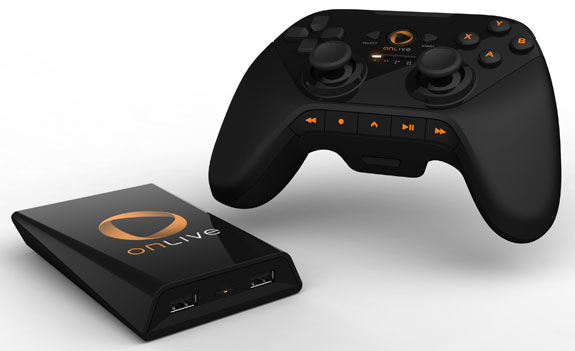 Above: Onlive’s console and controller

While Amazon will likely make Android games a centerpiece of its media box, this controller seems capable of much more — in particular, streaming game services. I wouldn’t be surprised to see something equivalent to OnLive offering full-fledged PC games on Amazon’s box.

Google recently bought Green Throttle Games, a failed Android game studio, which also gives us some hints about its rumored set-top box. Expect games to be a big part of Amazon and Google’s media boxes. Rumors suggest that Apple’s upcoming Apple TV revamp will also have extensive support for games.