Every few weeks, Nintendo digs out enough downloadable content from its virtual warehouse to put something new on all four of its online-enabled systems. Of course, that usually means something cool for the 3DS and Wii U and something weird/dumb/boring for the Wii and DSi, but not this week! Yes, for the first time (and let’s be honest, probably last time), one of the more high-profile releases is for WiiWare, but you can still find the usual cool stuff on the Wii U and 3DS and a game with a weird title on the DSi. So not everything is different.

First up is the Wii U, which gets full and demo versions of Runner 2: Future Legend of Rhythm Alien, the sequel to autoscrolling platformer Bit.Trip Runner. Like the rest of the Bit.Trip series from developer Gaijin Games, Runner 2 boasts a hip techno soundtrack timed with your actions that makes it feel more like a rhythm game than a straight platformer. 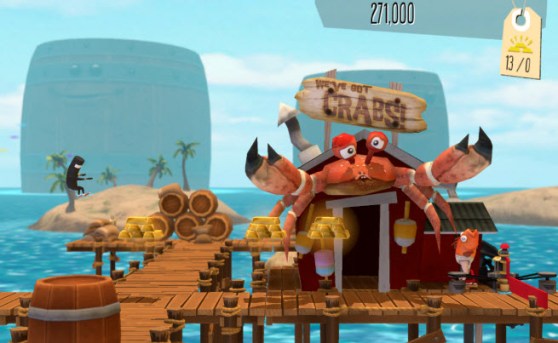 History has shown us that, prior to 2010’s Lords of Shadow at least, the 2D side-scrolling Castlevania games are usually the only ones worth paying attention to. Will Castlevania: Lords of Shadow – Mirror of Fate carry on that legacy? You can find out for yourself today in its new demo, or next Tuesday (March 5) when the full title is available on stores and on the eShop.

If whipping vampires to death isn’t your thing, you can get a pair of new eShop games: Coaster Creator 3D, which lets you design and enjoy your own thrill rides, and Mahjong Mysteries: Ancient Athena, a mahjong game. Also, two-screen action title Fractured Soul is on sale for $7.99 (down from $11.99), and this week is your last chance to download the Champions of Yore 1 DLC for Fire Emblem: Awakening. So, get on that. 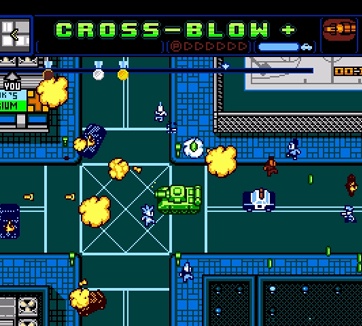 Thankfully, the much-hyped (by me) new Wii release is not a Virtual Console port of a game you forgot about 10 years ago, but it is a WiiWare port of a game you might have played a few months ago: Retro City Rampage. The faux 8-bit Grand Theft Auto-style shooter is essentially “References To Things You Like: The Game,” and the WiiWare version includes the new ROM City Rampage mode, which envisions how it would work if played on a Nintendo Entertainment System. For now, ROM City Rampage is exclusive to the Wii and PC versions, so you can hold that over anyone who bought it on Xbox 360, PS3, or Vita.

Finally, on the DSi, Easter Eggztravaganza takes hidden-object and spot-the-difference games to their logical conclusion with an actual Easter egg hunt. It’s not the same as the real thing, but at $4.99, it is certainly cheaper.