THQ Nordic said it has acquired German developer and publisher HandyGames for an undisclosed price.

The Vienna, Austria-based publisher THQ Nordic, which in February acquired Koch Media and its Deep Silver division, will gain control of HandyGames and its game properties. But the Giebelstadt, Germany-based company will retain its existing management, employees, and studio location.

HandyGames is best known for both publishing and developing free-to-play mobile games such as Townsmen, Clouds & Sheep, 1941 Frozen Front, Aces of the Luftwaffe, and Guns’n’Glory. But the studio has been aggressively expanding into making games for the Nintendo Switch, as well as smartwatch and virtual reality games. 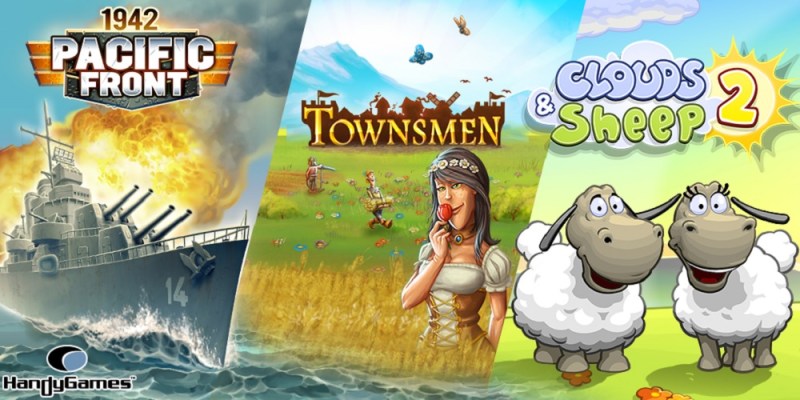 “Both our companies have a very similar DNA when it comes to business conduct, corporate culture and other aspects, such as valuing our independence, whilst at the same time operating in a bigger, corporate network”, said Markus Kassulke and Christopher Kassulke, the co-CEOs and founders of HandyGames, in a statement. “In becoming part of the THQ Nordic group, not only did we find a team that is passionate about publishing great content, but also has the right framework for us for the following years to come.”

With the previous Koch Media acquisition, THQ Nordic picked up game properties such as Metro and Saints Row. HandyGames will now operate an international publisher for small and mid-sized projects and developers.

“It is a true win-win situation for all parties involved, as HandyGames perfectly complements the setup of the rest of our group as the new ‘go to’-publisher for small- and mid-sized developers and projects and will benefit from our network and infrastructure in return. In joining forces with HandyGames, THQ Nordic is tapping into the VR Games segment, and gains access to one of Europe´s most powerful mobile games distribution network,” said Klemens Kreuzer, managing director at THQ Nordic, in a statement. “So we raise our glass and welcome HandyGames to the THQ Nordic crew.”

The Kassulke brothers and Udo Bausewein founded HandyGames in 2000, and the company has 50 employees. All the founders will stay on board.

“We are happy with what the future will bring,” said Chris Kassulke, in an email.