When you lose a video game, sometimes your first instinct is to blame the controls. It’s even easier when the controls are a flat touchscreen instead of an actual joystick and buttons. While many mobile games were designed solely with the touchscreen in mind, some require more tactile precision.

After five years of requiring touch or tilt controls for all of their games, Apple recently opened the doors for third-party hardware manufacturers to produce their own iOS controllers. PowerA, Logitech, and SteelSeries are all established game accessory makers for Android and PC, and they were the first to launch new iOS-compatible devices. Now they’re trying to convince mobile gamers to part with $100 for a more console-like experience on their iPad, iPhone, or iPod Touch.

We compared the three current controllers to determine which, if any, will disrupt the smooth-screen status quo.

All three joysticks look and feel very different. PowerA’s Moga Ace Power is a collapsible, lightweight plastic controller that plugs directly into the Lightning connector of your iPhone 5, 5S, 5C, or iPod Touch 5 and wraps around your device. It offers the same full complement of joysticks and buttons as a PlayStation or Xbox controller.

The Logitech PowerShell, which also wraps around your phone or iPod, is sturdier since it’s made of a combination of hard plastic and rubber. This makes it feel more like a rugged mobile device than the flimsy Ace Power. The PowerShell is not collapsible, which also makes it less portable. Plus, it’s missing two joysticks and two shoulder buttons, which has a negative impact on a few major games. 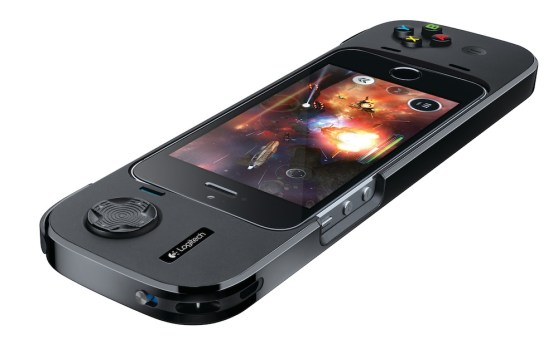 The SteelSeries Stratus controller is much smaller than the other two, because you don’t have to plug your iOS device into it directly. Instead, you can sync the Stratus to your device via Bluetooth. Despite being so small, it still has the same number of buttons and joysticks as a regular console controller. The Stratus’ small size may be an issue for gamers with large hands, but it’s great for portability and younger kids. 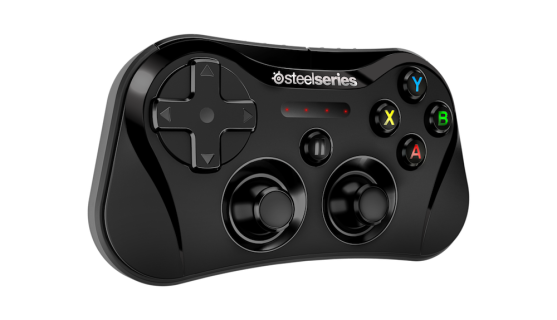 Advantage: SteelSeries Stratus. It’s the most portable device that doesn’t compromise on controls. The bulky PowerShell has a solid feel, but it’s missing several of the necessary inputs, and the Moga Ace Power feels like a flimsy plastic toy.

The PowerShell and Moga Ace Power, as their names hint at, can charge your iOS device while plugged in. This can give your phone or tablet a life-saving boost when you’re away from an outlet, but it’ll also drain the controller’s battery faster and eventually render it useless.

Both snugly house your iPhone 5, giving you the capability to tilt the device or easily reach out and use the touchscreen. This is important, because some games still require the touchscreen for menus or maps.

The Stratus, however, is compatible with the iPad, since it doesn’t need to plug into anything. This means you can set up your iPad on a stand and treat it like a portable TV, which gives you a larger screen and lets you position the controller wherever you like. Most iOS games look better on a big screen, so iPad compatibility is a big plus.

All three of these controllers use micro-USB chargers and hold a few hours’ worth of battery life, but unlike the PowerShell and Ace Power, the Stratus doesn’t have a convenient headphone jack located on the controller.

Advantage: SteelSeries Stratus. It works wirelessly with iPads, which makes you feel like you’re playing on a console instead of a handheld. You’ll need to prop up your iPad, however, which takes some setup, while the other controllers are more convenient to pick up and play.

Game support for these devices is still rare on the Apple App Store — only a few dozen out of hundreds of thousands of apps work with them. A few of them are standout titles, however, that you’ll definitely enjoy more if you use a controller. 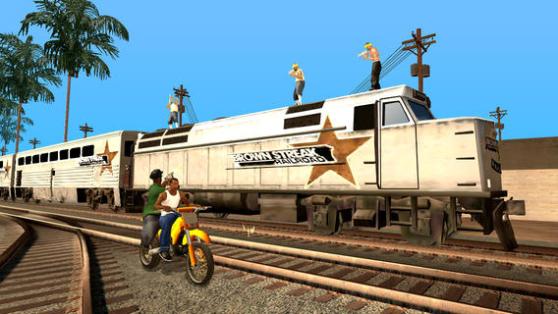 Ports such as Grand Theft Auto: San Andreas, Tomb Raider, Bastion, Limbo, Sonic the Hedgehog 2, and Lego The Lord of the Rings all benefit greatly from a physical controller, since they were all originally designed for consoles. Grand Theft Auto: San Andreas in particular is a very challenging game on consoles, so on mobile, performing a motorcycle drive-by while changing the radio station feels nearly impossible without the help of a controller.

With the Stratus or Ace Power, you won’t have a mental disconnect between pressing on the controls and performing an action in the game — it’s all seamless, with the same moves and responses that are second nature to experienced players. The PowerShell, however, is missing some key components, like a shoulder button to look to the side in Grand Theft Auto: San Andreas or a joystick on the right to swing the camera around in Tomb Raider. 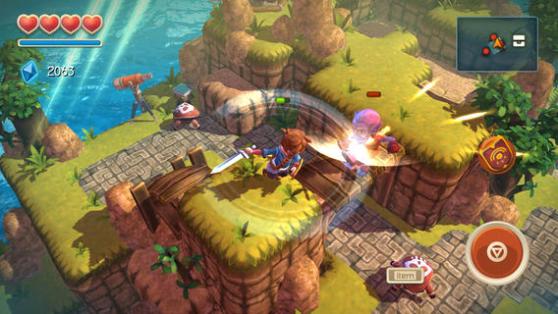 Above: Oceanhorn for iOS.

A handful of original iOS games also support the devices. The Zelda-like adventure Oceanhorn works great with any of the three controllers, since it requires very few buttons and no camera controls. Galaxy on Fire 2, an epic space exploration game, benefits from the extra immersion that natural console controls can provide. Sonic & Sega All-Stars Racing Transformed and Asphalt 8: Airborne, two high-energy racing games, are only compatible with Logitech’s controller.

Dead Trigger 2, a first-person zombie shooter, is a lot of fun to play with actual joysticks. The combination FPS and strategy game Call of Duty: Strike Team requires you to touch the screen half of the time, so we’d recommend a plug-in controller. If you’re looking for a more thoughtful game, the interactive history lesson Type: Rider is enjoyable with or without a joystick. 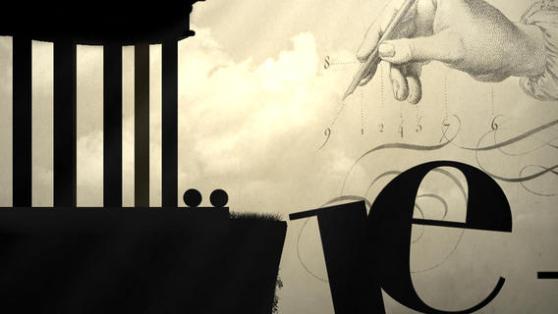 Above: Type: Rider for iOS.

Unfortunately, none of the hardware manufacturers are good about maintaining an updated list of compatible games, so it falls to game review sites to keep track of what works. For example, keep an eye on this list from the Touch Arcade Forums for updates.

Advantage: SteelSeries Stratus and Moga Ace Power (tie). While the App Store may lack many compatible games, both of these devices have the full complement of necessary buttons and joysticks, while the Logitech PowerShell feels like its wings have been clipped. If you’re going to spring for a controller, it’s better to have too many extra buttons than not enough.

All three controllers, in our estimation, fail the price test. They’re each $100, even though some have clear advantages over the others in terms of features. For that price, you could buy either a full console controller that also works with your iPad (the Stratus) or half of a controller that only works with Lightning-docked iPhones and iPods (the PowerShell). The Moga Ace Power’s value lies in-between, since it’s a full controller, but it doesn’t work with iPads.

It’s worth remembering that in 2012, Gameloft and Discovery Bay Games released an $80 accessory called the Duo Gamer controller. Game support was limited right from the start, and its boxy shape had all the ergonomics of a cactus — you can now find it on Amazon new for under $5. The iCade Mobile, another iOS controller from 2012, originally sold for $80 and can now be found online for $10. Frustratingly, most games that worked with the iCade won’t work with the Stratus, PowerShell, or Moga Ace Power.

In other words, paying $100 for any of the new generation of iOS controllers is probably a bad bet. Even the most expensive iOS games that work with these only cost you a few dollars, and no one can guarantee that more developers will add compatibility when few gamers actually own one. If any of these manufacturers lowered the price to around $60, or what it costs for a replacement Xbox One or PlayStation 4 controller, we’d have an easier time recommending them.

Advantage: It’s a three-way tie for last place. Spending $100 to comfortably play a $1 app is just ridiculous, and we expect that the price will nosedive if developers decide it’s not worth adding controller support to their games.

When games first appeared on the iPhone in 2008, developers were forced to come up with creative ways around the limitations of the touchscreen. Grafting virtual controls onto the screen was always an option, but even better was the combination of taps, swipes, and tilts that now define touchscreen gaming.

All three of these new controllers feel like a retro throwback to old console and PC games that required a specific type of input. This is great, because the App Store is in part an archive of retro games. But it also contains modern games, which make a clean break from the past by offering new types of experiences influenced by innovative touchscreen controls.

If you’re going to spend $100 on any of these devices, make it the one with the full suite of buttons and joysticks, plus iPad support: The SteelSeries Stratus. Second place goes to PowerA’s Moga Ace Power, which offers all the control you’ll need but also charges and securely fits your pocket-sized iOS device. The PowerShell is a disappointment due to its lack of buttons, and we hope that Logitech launches an equally sturdy version with all of the necessary inputs.

Developers are never going to abandon touchscreen controls, because it’s the default experience that the vast majority of players will have. Console-like controls are a fun extra, and for a handful of games, they’re essential, but the price is prohibitively high. There’s little point in trying to perfectly re-create past gaming experiences on brand-new devices when the future is taking us in a new direction.