VentureBeat is proud to announce three more heavy hitters who’ll be speaking at our GamesBeat 2009 Games Conference conference next month, which will focus on the most important issues in the video game industry: 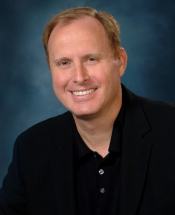 They are among dozens of speakers who will address the conference, which explores how gaming is expanding rapidly in almost everything we do, from the way we engage with content online to the way we pass time on mobile phones. If Shakespeare said “All the world’s a stage,” the 21st century tech community can say: “All the world’s a game.”

Smedley’s San Diego, Calif.-based division of Sony has created a series of ground-breaking massively multiplayer online games, from EverQuest to the upcoming free online world, Free Realms, which is supported by virtual goods sales. Under Smedley, Sony Online Entertainment managed to launch a series of profitable online worlds even as dozens of others failed. Smedley also has a charter to expand the company’s reach from hardcore male gamers to everyone. Smedley will be our keynote speaker. 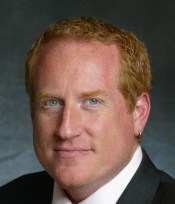 Seamus Blackley (left) was one of the people who convinced Bill Gates to take on Sony and Nintendo in games by creating the original Xbox, which launched in 2001. Now in its second generation, the Xbox and Xbox 360 have sold more than 50 million units and made Microsoft a key player in the console game business. In 2004, he joined Los Angeles-based CAA, where he plays matchmaker, putting together some of the hottest game developers with publishers and other entertainment companies. He defines and executes CAA’s global strategy for representing many of the world’s most respected and successful game creators. Under Blackley’s leadership, the Games Department negotiates game production deals with publishers, financiers, film and television studios, and networks. Blackley has always been a passionate advocate for game developers and in his job at CAA he can advise them on how to gain greater creative and financial control. At GamesBeat, Blackley will take part in a one-on-one fireside chat about what it takes to make the highest-quality games. 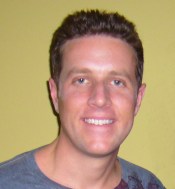 He’ll talk with well-known game TV personality Geoff Keighley (right), the executive in charge of game relations at Spike TV and the host of Game Trailers TV with Geoff Keighley. Keighley, has spent more than half his life covering the video game business as a journalist, television host, and producer. Today he serves as both host and executive producer of Spike’s GTTV with Geoff Keighley, the No. 1-rated video game show, and has an overarching talent and production deal with MTV Networks Entertainment Group. His on-camera work includes GameStop TV in more than 5,000 retail locations around the country, and GameTrailers’ popular roundtable talk show, The Bonus Round. His print journalism in publications such as Entertainment Weekly and Business 2.0 led him to be named one of the top 30 journalists under 30 by NewsBios.com in 2004.  He is also a co-chairman of the Game Critics Awards, an independent group of journalists who award the annual Best of E3 and Game of the Year awards. 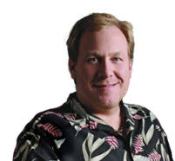 Curt Schilling (left) was an All-Star Major League Baseball pitcher who helped win four different World Series championships and struck out more than 3,000 batters. Most people don’t know that he was also an avid gamer as a teenager and continues to play to this day. In 2006, Schilling founded 38 Studios (named after his player number) to create a fantasy-themed massively multiplayer online role-playing game. Code-named Copernicus, the game is a “deep throw,” or a big investment not only in a game but in a line of toys and comics as well. We interviewed Schilling about the new venture at the beginning of 2007. 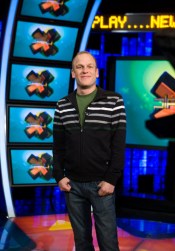 He’ll have a fireside chat at GamesBeat 09 with Adam Sessler, co-host and managing editor of G4TV‘s X-Play show, which has an audience of tens of millions of Comcast cable TV subscribers. Sessler has been a TV personality as a show host for more than a decade. He previously worked for TechTV and ZDTV. He currently is responsible for G4’s Sessler’s Soapbox web content and co-hosts X-Play with Morgan Webb. In 2006, he was named one of the top 50 games journalists by Next Generation Magazine, and today he regularly lends his expertise to CNN, MSNBC, AP, Maxim Radio, and a broad range of video game media across all platforms.

We’re very excited about these headliners and hope you’ll check out more at the GamesBeat 09 web site. We’ll be posting more of our speakers later this week. The event will be held on March 24 at the Mission Bay Conference Center in San Francisco. It precedes the March 25 start of the main Game Developers Conference. (Our event is located at 1675 Owens St., not far from the Moscone Convention Center where the GDC is taking place).