Autobots — and Decepticons — transform and roll out!

Transformers are hitting the road in a free mobile platform game next year, DeNA and Hasbro announced today. Transformers: Battle Tactics, a turn-based tactical combat game for iOS and Android devices, will feature more than 75 of the well-known shapeshifting robots, including Optimus Prime, Bumblebee, Megatron, and Starscream.

The game is the third title in a three-year Transformers agreement between DeNA, which also developed Star Wars: Galactic Defense for mobile, and Hasbro. The first two included relatively quiet releases of the Transformers: Legends card battler and the runner Transformers: Age of Extinction official game. The new Transformers: Battle Tactics is the first mobile turn-based strategy game for Transformers fans. 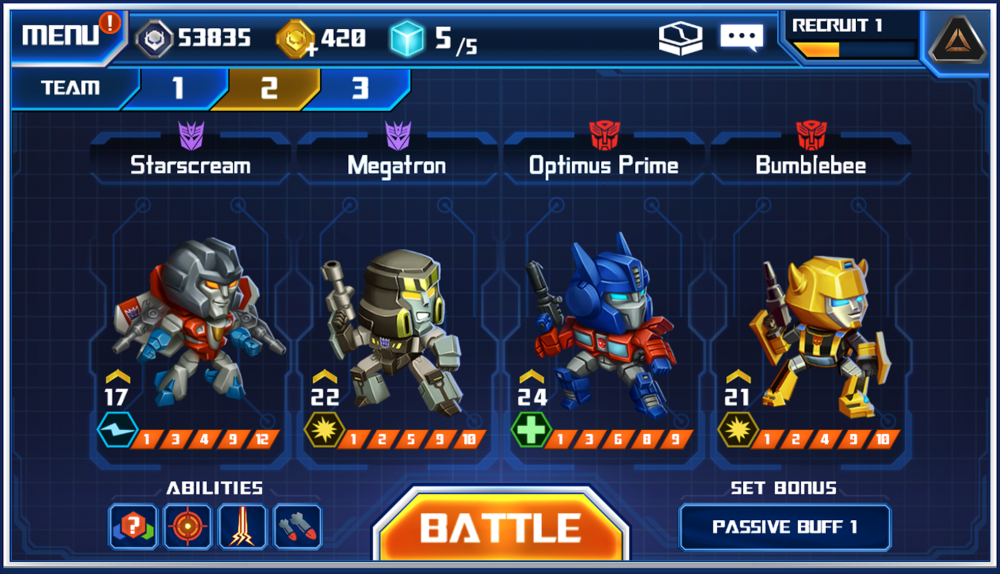 Above: Assemble! …your team.

“Transformers: Battle Tactics blends fast action and strategic gameplay with a style Transformers fans of all generations will appreciate,” said Barry Dorf, vice president of partnerships and alliances at DeNA, in today’s release.

The companies said Battle Tactics’ matches will be quick and strategic, with each Transformer including unique stats and abilities that shift as players transform them. The graphic style is inspired by the Transformers Generations Combiner Wars characters and comic books. The new game will include a single player campaign the companies call “expansive,” in-game events, and real time PvP matches with leaderboards. 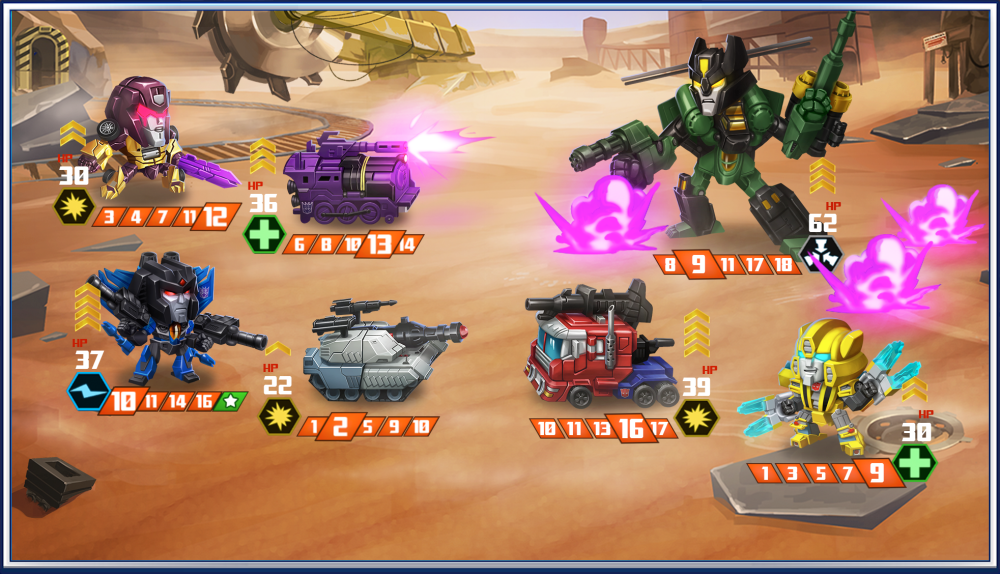 Above: A battle in progress.

Players can sign up for game information (with the bribe of in-game goodies once it launches). Battle Tatics will run on iPhone, iPad, iPod Touch, and Android devices in 2015.