I’m playing through Tokyo Mirage Sessions ♯FE Encore on my Switch right now, and I’m mostly having a great time. Like many, I missed this Japanese role-playing game when it first came out for the Wii U in 2016. This Switch port, which releases January 17, gives me a chance to check out this Shin Megami Tensei/Fire Emblem crossover project from Atlus.

And while I’ll have plenty of nice things to say about the game once it’s time to write my review, there’s something about it that’s been bugging me. The hero is boring, and I have no idea why he’s the protagonist.

Although Tokyo Mirage Sessions is a crossover of Shin Megami Tensei and Fire Emblem, it mostly feels like a Persona game. Persona is a series spun off from SMT, and it involves Japanese teenagers fighting supernatural forces. Fire Emblem is a series of tactical strategy games, but the franchise only contributes some of its characters (these are the mirages that give each party member their supernatural powers).

I love the Persona games mostly because of their strong casts of likable and relatable characters. This is one place where Tokyo Mirage Sessions has been falling short of its inspiration. It’s cast is full of bland JRPG and anime tropes, like the clumsy (but adorable) girl with confidence issues. But, hey, whatever. It’s not Shakespeare. I have a harder time forgiving the lame, no-personality protagonist. 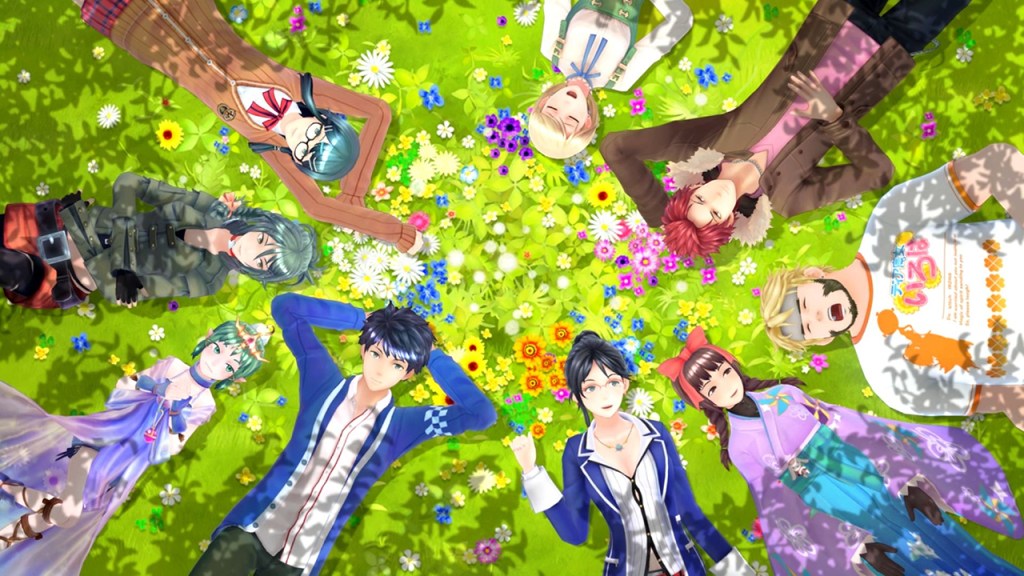 Above: The game has a large cast, and the one you play as is the most boring one of them.

Itsuki Aoi is the player character. He’s the guy that you’re controlling when walking around Tokyo and the dungeons. He’s the only character you can’t remove from your party. He’s also boring, with no strong personality traits or goals aside from beating the bad guys, which is the most basic thing any protagonist could want. Like, Luke Skywalker’s motivation in the first Star Wars wasn’t to beat the Empire. It was to escape a boring life and discover his place in the galaxy. That’s why we care about him. What does Itsuki want? Not much. Even when other characters press him about what he wants to do with his life, he just shrugs his shoulders.

Now, it’s not uncommon for a JRPG to star a blank slate of a character so that it can become an avatar for the player. It’s something the Persona games do. They star silent protagonists that you can name yourself. But Itsuki is not a silent protagonist. You can’t name him anything other than Itsuki. He’s not an avatar for the player. He’s just bland.

A star with no purpose

He also doesn’t feel important to the story. In fact, much of the early plot of the game revolves around Tsubasa Oribe, the clumsy girl with confidence issues. She’s also an aspiring idol (a Japanese pop singer), so her character has actual goals. Why isn’t she the protagonist? Sure, she’s a JRPG stereotype, but at least she has a dream that she’s working toward achieving. She’s just not just floating through the story. 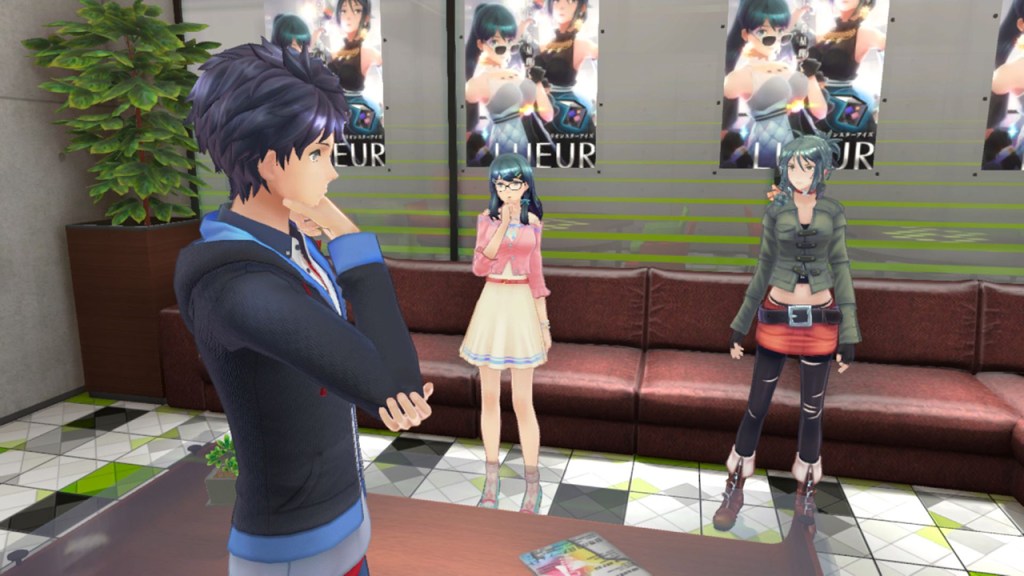 Above: Everyone is probably wondering why they put Mr. Bland in charge.

Instead, Itsuki is the star, even though he doesn’t even seem like he wants to be there. In fact, not only is he the star, but everyone agrees that he should be the leader. Keep in mind, this is a group that includes a famous idol who has much more experience fighting the supernatural monsters that the team is going up against.

Almost everything about Itsuki annoys me. He’s like a robot. He’s also oblivious to Tsubasa’s very obvious romantic interest in him, which just makes him look like an idiot. His role as the game’s star is borderline sexist. He’s surrounded by more competent and interesting women, but he’s still elevated to the role of leader. He’s the ultimate JRPG mediocre man.

Again, there’s a lot about Tokyo Mirage Sessions that I like. The battle system is fun and flashy, and characters are always learning new abilities and becoming more interesting to play with. I just with that the game’s star was somebody I could actually like instead of a nobody who’s only job is to support his more interesting friends.

Tokyo Mirage Sessions is lighthearted and colorful, everything that this bore of a hero isn’t.