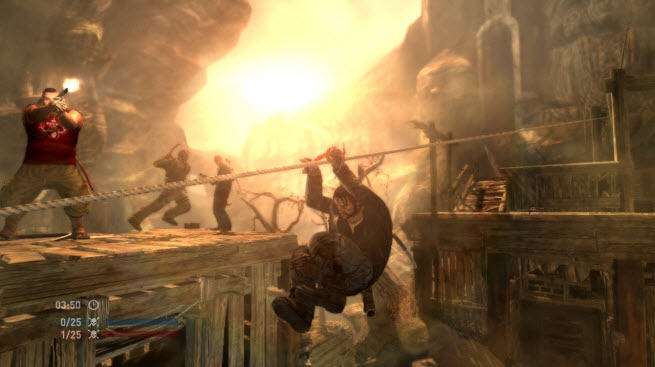 Arriving this March, Tomb Raider is a huge reboot of the Lara Croft franchise coming from Square Enix’s Eidos Montreal division. So far, it looks like a monumental single-player narrative, told from the perspective of the young Lara Croft before she became a “tomb raider.” But until now, we’ve heard very little about the multiplayer side of the game. And this multiplayer won’t be like Call of Duty by any means. It will be something that fits the world of Tomb Raider. 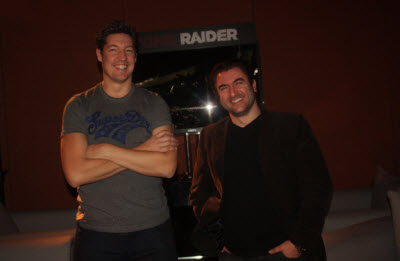 Joe Khoury, the producer on the multiplayer version of Tomb Raider from Eidos Montreal, told GamesBeat that for a time, nobody was convinced that the game should have multiplayer. After all, we can’t all be Lara at the same time. But Khoury’s team dissected the challenge and found it was doable.

The game takes place on an island. The survivors of Lara’s shipwreck include a bunch of friends, and they enter into the conflict with scavengers and other bad guys. That became the foundation of the two opposing teams in multiplayer battles. On top of that, the environment of the island itself is dangerous, adding complexity to battles. It would serve as a great arena, said Khoury.

“We wanted to do multiplayer and do it well,” he said. “As fans, what we saw in Tomb Raider had so much heart in it that we had to do something we believed in. As we played single-player, we saw a lot of elements that contributed to multiplayer. With these pillars, we found we could build something that made sense.” 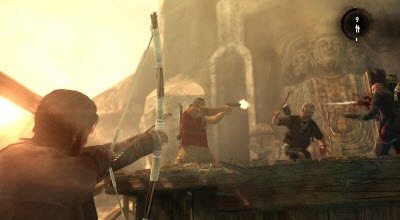 Darrell Gallagher, the head of the studio at Crystal Dynamics, which made the single-player game, said that multiplayer modes were developed with survival in mind. That makes it a good complement to the campaign, where Lara’s survival is key to the development of the story. The modes can pit four Lara friends against four survivors. With such a small number of players, the team-based combat resembles Gears of War multiplayer.

Each map has what Khoury calls a “game changer,” or an event that can be triggered by players. The result is so big that it can change the course of a multiplayer match. In the “Chasm” map that I played, for instance, one side could trigger a sandstorm that could hurt the other side. The team that triggers the storm can still see the outlines of enemies and friends, but the other team will be blinded as the sand sweeps through the arena. As many as four players can square off against another four players in multiplayer. 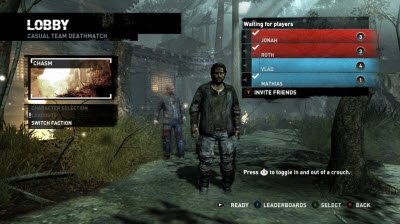 Tomb Raider debuts on March 5 for the Xbox 360, PlayStation 3, and Microsoft Windows. It will be rated mature. (We’ll have our own hands-on report on multiplayer gameplay later).