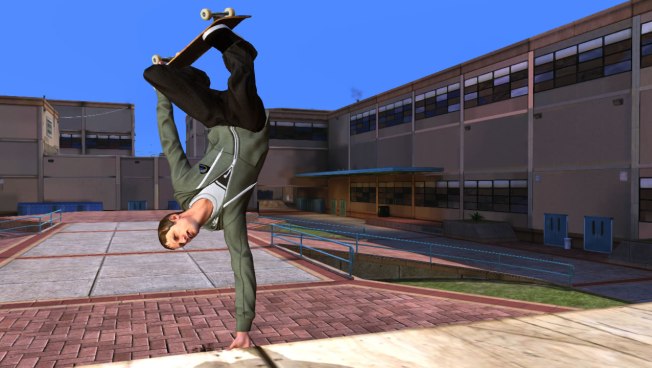 In early 2001, I was 17 and Tony Hawk Pro Skater 2 was the perfect video game. I was never a “sk8r boi.” Avril Lavigne never sang “see you later boi” to me. Yet, like countless others, the arcadey skate-boarding simulator swallowed my life in a year-long blur of Pop Shove-Its and 540 Japan Airs.

THPS2 just felt right. Now, more than a decade later, the game’s fans would recognize that feeling instantly, and they would know if something was off.

Somehow, with that burden on its shoulders, Tony Hawk Pro Skater HD developer Robomodo maintained the essence of what made the Tony Hawk games so important and delivered a product that also just feels right. Unfortunately, it kept some of the more archaic game designs.

It’s still Tony Hawk
It’s a testament to Tony Hawk Pro Skater 2 that the original mechanics of that game still hold up. Not taken in the context of its time, but compared head-to-head with the best games of 2012. THPS2 was one of the first 3D games to really nail the character-environment interaction, and a dozen years later, it hasn’t really been surpassed.

Everything in the world behaves in a predictable manner. The pinpoint-accurate controls liberate players to learn how the combo and balance systems work. That’s when the math of the game’s programming gets under your skin. Your thumbs are in a constant dialogue with the engineers and level architects. 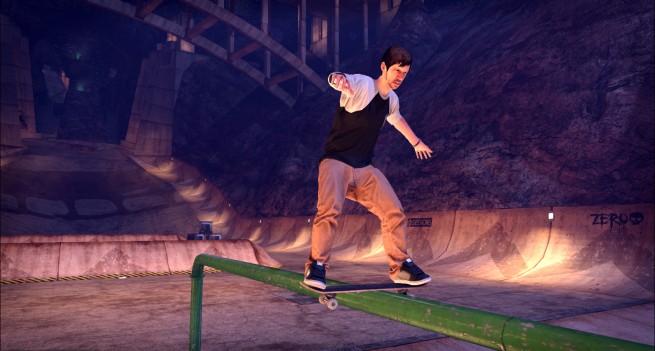 You may say, “I can push this combo just one trick further. I still have control.”

The game will respond, “You’re wrong. That last No Comply is going to add a bit more speed to your balance meter than you’re prepared for. Sorry ’bout that.” BAM. A 20k-plus-point trick with a 30-point multiplier down the drain. But that’s how the game talks to the player. Gamers can learn everything about the way THPS HD operates simply by paying attention to the affects their inputs have.

It’s an incredibly rewarding experience, and Robomodo didn’t screw it up.

On a more surface level, the developer does a good job of reincarnating the most memorable visual and audio cues of the first two games in the series.

Unless you’ve played it recently, it’s hard to tell that the level lineup isn’t exactly out of THPS2. The actual list of skate areas is a mix of THPS 1 and 2 maps. The missing courses may rub some people the wrong way, but most won’t even notice.

Same goes for the soundtrack. It’s pretty much what I remember. I know it’s missing some licks from THPS2’s deified track list, but I didn’t notice. Enough memorable music was present to release a sizeable dose of dopamine into my nostalgia gland. 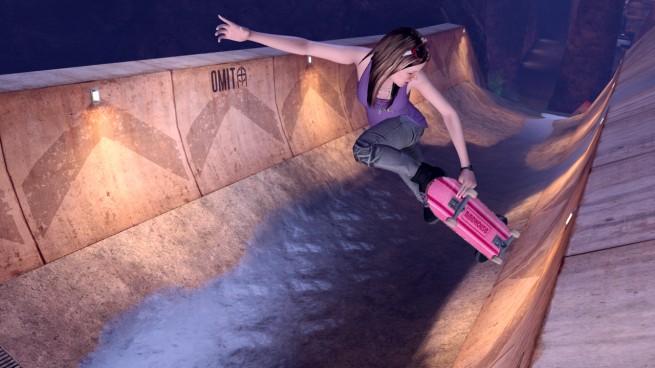 Online/asynchronous multiplayer and Facebook sharing stoke the competitive spirit
Later Tony Hawk games introduced online multiplayer. It was fine, but I always ended up playing with random people from the Internet. With this game’s built-in fan base and the support of the Xbox Live and PlayStation Network infrastructures, friends should have an easy time getting together.

If that’s not an option, the asynchronous leaderboard action should more than suffice. After all, what’s the point of perfecting a run over the course of two hours if you can’t shove your score in your friends’ faces?

In that vein, Robomodo introduced the option to share your score on Facebook after any run. It is pretty satisfying to know that even if my competition puts down the game, they can’t escape my dominance. Unfortunately, an option to send scores to Twitter wasn’t availble…I guess I’ll just have to type it in myself like some sort of animal.

Boring objectives and an overall archaic game design
I’m happy to praise the game’s mechanics. Time hasn’t hurt that aspect of the franchise. I can’t say the same for the rest of the game. It’s pretty frustrating to spend hours completing boring objectives just to level up a character. Especially since every character will end up with the same maxed-out stats in the end.

At first, long-time Tony Hawk players may be excited to see classic tropes like jumping over a magical bum named Ollie several times in the Venice Beach level. But that type of busy work is nothing but painful. I had to retry eight times before I knew exactly where Ollie would magically teleport to after each jump and actually performing it in the time limit took a few more starts. The pause screen provide a map, but it’s hard to read it doesn’t show your players current location.

If a task isn’t about performing combos to get a high score, then it’s about dully skating around the park to collect something or just going to a certain part of the map. It’s not skill intensive. It won’t leave players with a sense of accomplishment.

The only positive is that maybe in the constant skating back and forth, you may uncover a combo-friendly line in the level that you can use to improve your high score.

Robomodo lifted nearly all of these chores directly from the original games. I get that the dev wants to stay true to the source material, but this is one thing that they should’ve changed. 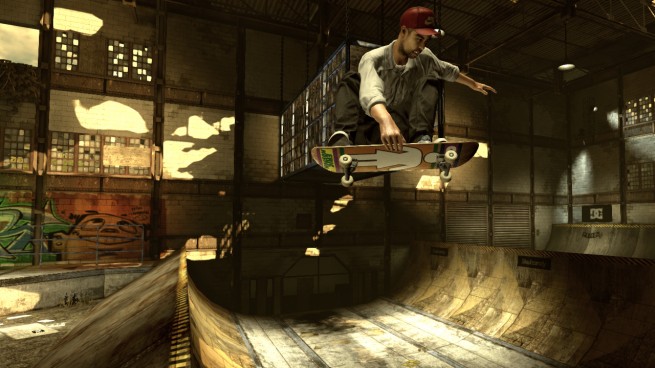 Occasional graphical hitching
Visually, Robomodo did an excellent job of updating the 12-year-old art. It looks like a high-definition version of what you think THPS2 looks like, which is exactly what fans want. The character models animate well, and the environments look crisp and easy to understand at a glance.

Only an intermittent stutter ruins things. For the majority of the game, everything will operate smoothly. Maybe one out of every nine rounds — and usually during a combo — everything on the screen will come to a complete halt. This lasts for about two seconds. That’s a long time for a twitch-based game, and you’ll probably just want to restart.

To be fair, this was on the Xbox 360. We haven’t had a chance to look at the PlayStation 3 version.

That Xbox 360 directional pad
It’s bad, man. Maybe you can play Tony Hawk with an analog stick, but I need a D-pad…and the one on the standard Xbox 360 controller is an atrocity. I suppose it functions for the most part, but it’s nearly impossible to hit just one direction. To get out of a half-pipe, you have to hold up. To come to a stop, you have to hold down. Yeah, both of those things are nearly impossible to do on command with this piece of garbage.

I won’t hold this against Tony Hawk Pro Skater HD since Microsoft did release that updated controller, which I’m thinking about getting just for this game.

It’s sad that this series couldn’t find a way to stay relevant, but this game shows that there was never anything wrong with the core mechanics of the franchise. I’m happy to have a reason to get reacquainted with them. Sure, some of the objective design really bogs down the progression, but that’s just a facade. The real progression happens with a fully maxed out character and a player that’s willing to engage with the design. That’s when THPS HD is at its best.

Tony Hawk Pro Skater HD is out now  for the Xbox 360, via the Xbox Live Arcade download service. The publisher provided a download code for this review. And here’s a picture of Tony Hawk at E3, as he plays his own game. [Photo credit: Dean Takahashi] 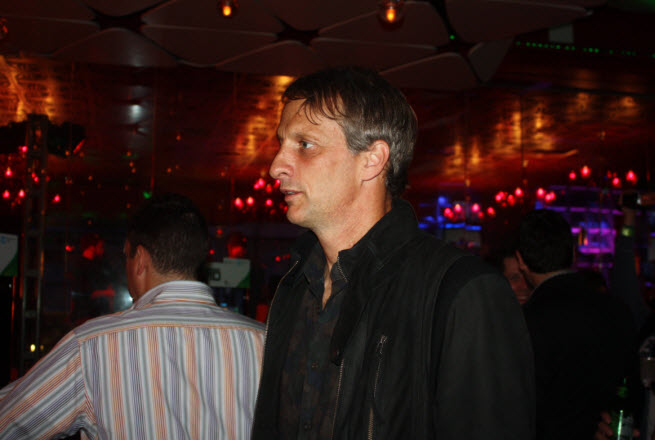