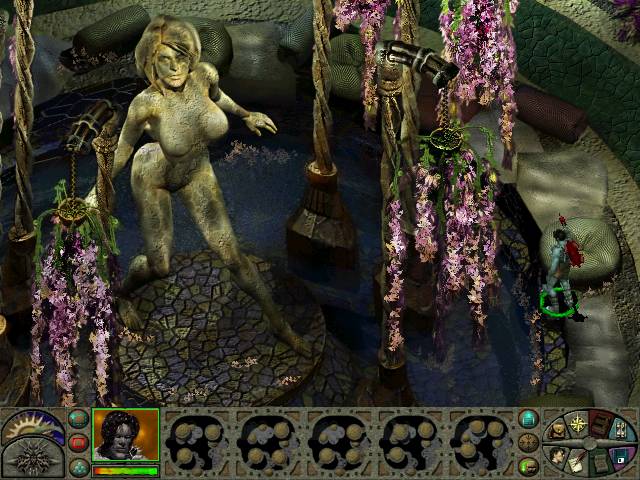 Torment: Tides of Numenera has more than 61,000 backers for a total pledge amount just over of $3.52 million. That’s more than Double Fine’s $3,336,371 for its adventure game, now known as Broken Age.

That total actually puts the campaign beyond one of its major stretch goals which will see the Chris Avellone, lead designer on the original Planescape: Torment, join the new game’s design team.

InXile launched its crowdfunding venture nearly a month ago. The campaign ends this Friday at 8 p.m. Eastern (5 p.m. Pacific). That gives it slightly more than 72 hours to raise the $617,000 it needs to catch up to Obsidian’s Project Eternity. That would make it the most-funded video game Kickstarter yet.

GamesBeat reached out Double Fine to see if they had any hard feelings about another game surpassing them on the Kickstarter leaderboards. As you would expect, they expressed only happy feelings about their fellow developers.

“I think it’s awesome,” Double Fine’s Tim Schafer told GamesBeat. “I want each Kickstarter to be more and more successful because that’s just good news for the games industry.”

“It’s great to watch crowd funding continue to evolve into a viable platform for game financing,” Double Fine vice president of business development Justin Bailey told GamesBeat. “It’s exciting to think that one day AAA games may be financed in this manner, and that a modest point-and-click adventure game helped get it all started!”

Despite the new backdrop, creative lead Colin McComb insists his team will focus on what makes a Torment game a Torment game. As he explained to GamesBeat in December, that is all about finding a theme that will resonate with players.