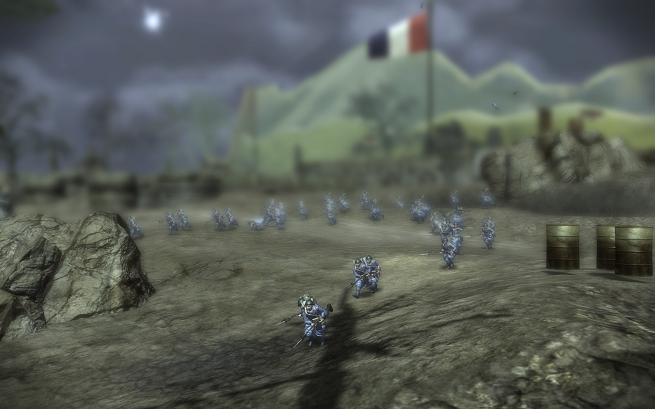 Some say war never changes. Others believe war is hell. Still others think erecting a carefully detailed diorama re-enacting World War I’s pivotal battles using nothing but glue, paint, and a helmetful of imagination beats doughboy muckwork any day of the week. Toy Soldiers musters its forces squarely for the latter’s camp, and when the smoke clears and the sirens silence, a lightheartedly entertaining game emerges the victor.

Originally an Xbox Live Arcade title released in 2010 by developer Signal Studios, Toy Soldiers heads to the PC as a Games for Windows Live port. It’s a tower defense game, but it brands itself an action-strategy hybrid instead. That’s not a cheap disassociation from the often repetitive tower defense genre; rather, Toy Soldiers’ action elements neatly complement its base-building backbone.

Charm
Days of youth spent tinkering with plastic soldiers and orchestrating epic conflicts represent the beating heart of Toy Soldiers. Each of the campaign’s 12 levels takes place within a diorama box caricaturizing soldiers and war machines alike. Set pieces such as desk lamps, shelves, and windows loom in the background as a reminder of scale. Trench warfare charges and artillery-laden no man’s lands make appearances, but Toy Soldiers trades the horrors of war for cartoonish exaggeration — the most visible example being units exploding into plastic bits instead of bloody chunks when destroyed. 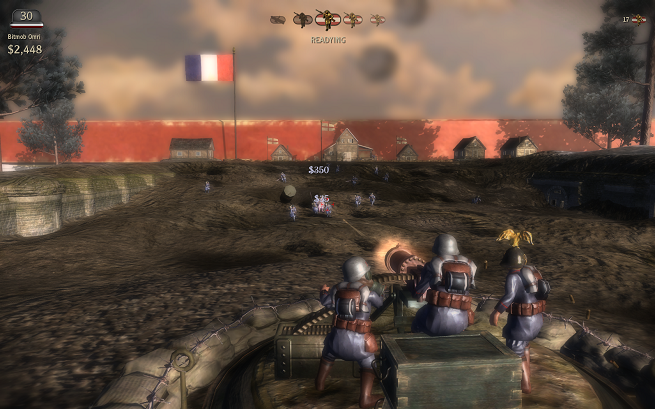 Heroics
Safeguarding your base in tower defense games typically means a laidback affair. Toy Soldiers provides the option of assuming direct control of one of your towers at any time to personally mow down the enemy. The gameplay shift from strategy to third-person shooter action is fantastically smooth, and holding the line within the varied maps with well-placed machine-gun or mortar fire makes for some awesomely heroic moments. Certain maps feature driveable tanks and biplanes as well, and not only does the extra firepower clear waves expediently, it’s also needed for bringing down impressively sizeable boss enemies that love showing up right when you think victory is certain. 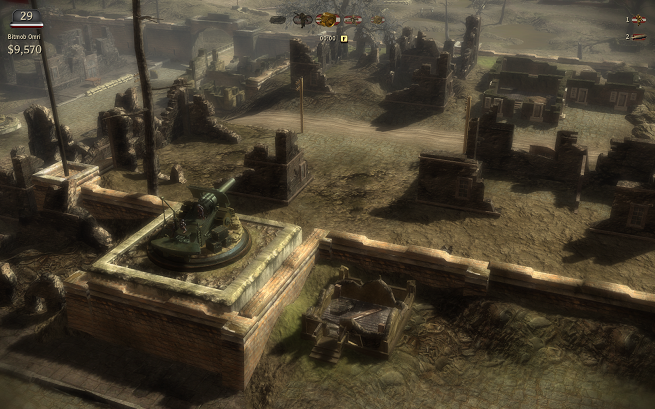 Flying follies
Soaring the skies in British and German aircraft looks promising at first glance, but shaky mouse-and-keyboard controls clip the wings of any aviation acrobatics. Turning, banking, and staying on target during dogfights becomes troublesome without thumbsticks for precise movements, and I quickly found myself plummeting to the ground and spiraling helplessly as I wrestled with the mouse. Thankfully, flying is usually a completely optional endeavor as a single AA tower easily mops up aerial waves without supervision.

Missing multiplayer
The Xbox Live Arcade version of Toy Soldiers allows two players to trade lead and shells while simultaneously defending and waging offensives against each other. That feature is strangely absent from the PC port, and Signal cited technical difficulties wrangling the admittedly painful GFWL interface for matchmaking as the reason for dropping multiplayer entirely. Still, a port sans a significant chunk of content isn’t a good thing, and Signal’s ongoing support of the PC version won’t include the addition of multiplayer for the foreseeable future. 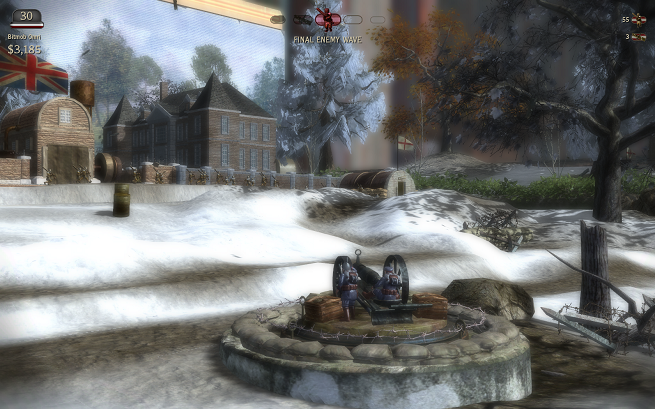 CONCLUSION
Toy Soldiers is a solid mixture of polish, inventiveness, and just plain fun. Its blended style of fantasy and authenticity supplements its accessibility with pleasing flair. Jumping into a tank, plane, or tower and causing havoc among the opposition offers great satisfaction, and even though wonky flying controls and the multiplayer’s inexplicable disappearing act tarnishes its draw somewhat, Toy Soldiers still provides great entertainment for strategy and action fans alike.

The PC version of Toy Soldiers was released on April 27, 2012. A copy of the game was provided by the publisher for the purpose of this review.