Toyze is announcing today that it will let mobile gamers use 3D printing to create custom figurines based on their favorite mobile game characters, starting with Om Nom from the Cut the Rope series.

Toyze, a Lithuanian startup created by GetJar founder Ilja Laurs, is creating the first “app store” for 3D printed mobile game characters. Zeptolab, the maker of Cut the Rope, is the first announced partner that will allow its game characters to be re-created as physical toy figurines. Using the free Toyze app for iOS and Android, players can create their own custom poses using a touchscreen interface. 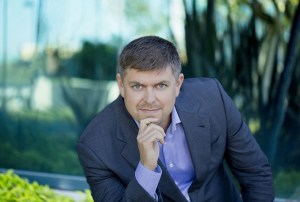 Laurs said in an exclusive interview with GamesBeat that he believes 3D printing will become a revolution and that Toyze wants to deliver one of the first game-related services for mobile users. Over time, Laurs said he is excited about what could happen in the future with 3D printing of toys. But it will take a while before 3D printers are in every home.

There is some competition. Figure Prints, founded by former Microsoft game chief Ed Fries, allows players to re-create physical versions of their favorite World of Warcraft and Minecraft creations. But Laurs hopes to get the jump on creating a simple, touch-based app aimed at a mobile audience. Laurs said the physical toys will be high-quality, high-resolution 3D figurines.

Laurs started the company as part of an early stage investment fund he created in Lithuania, using the money he made from GetJar, a successful mobile app marketplace. Zeptolab, whose games have been downloaded more than 500 million times, liked the idea so much that it became an investor and gave Toyze permission to create characters based on Cut the Rope and Cut the Rope 2. The price of the character is based on the size that you order. A 2-inch plastic version of Om Nom will cost about $8, while a 2.5-inch model costs $15. An 8.5-inch figure is the current size limit.

“We’ve partnered with Toyze because they have the most cutting-edge technology and an easy-to-use app where your favorite game characters can be customized and ordered to be 3D-printed and delivered to your doorstep — on demand, from a game, straight from your mobile device,” said Misha Lyalin, CEO of Zeptolab, in a statement. “We invested, because just like ZeptoLab, many game developers will find that partnering with Toyze is a great way to provide brand extension and one more revenue stream.” 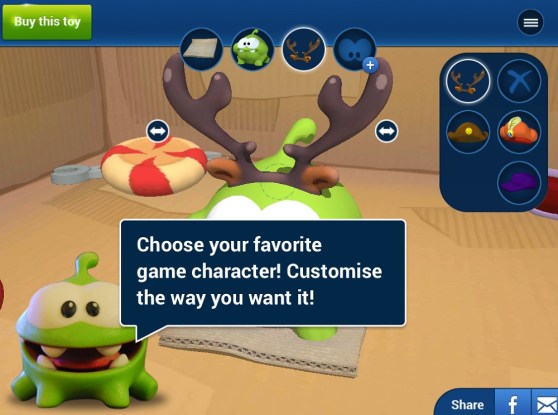 Above: Toyze lets you print Om Nom in almost any pose.

Laurs said that 3D printing will help democratize the fabrication of physical toys.

“I spent half a year learning what 3D printing is now capable of,” he said. “It’s amazing what you can already do. It’s very advanced. In Europe, you can buy a home 3D printer for 100 euros. It’s easy to see how in the next five years, everybody will have a 3D printer in the home, like they have microwave ovens now.”

He added, “You will be able to walk up to it in the future and print your own Superman. And nobody else in the world will have exactly the same toy.”

Laurs plans to create his business with the cooperation of brand owners like Zeptolab, which can profit through the relationship from an additional revenue stream.

“It will also help brands build communities and expand their merchandising,” Laurs said. 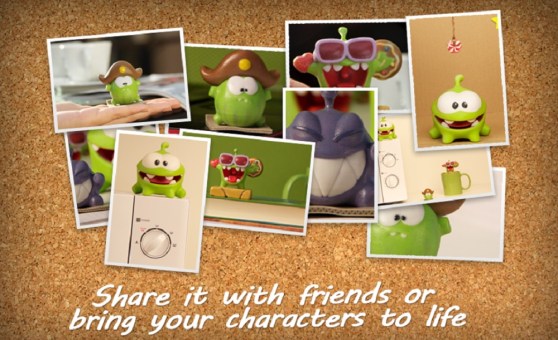 Players can use the free app on iOS or Android to create 3D custom characters with the swipe of a finger. They can use a touchscreen and 3D editor to move a character’s limbs around. They can rotate the image to see if they really like it. Then they can purchase the toy and send it to an approved third-party 3D printing company. The manufacturer will send it to you within a couple of days. So far, Toyze is using Materialise in Belgium to fulfill its orders.

You can add accessories and attributes (like hats, glasses, mustaches), play with poses and sizes, and build your own collections. Once you have completed their model, you can share the creation via Facebook and email. Over time, the market will include more and more game characters, Laurs said. You’ll also be able to print the toys using different kinds of materials in the future.

“Our experience with GetJar and its mobile app store gives us extensive experience and connections in the ever-expanding game space,” Laurs said. “The momentum is strong, and we will be announcing several more game developers and characters in the coming weeks and months.” 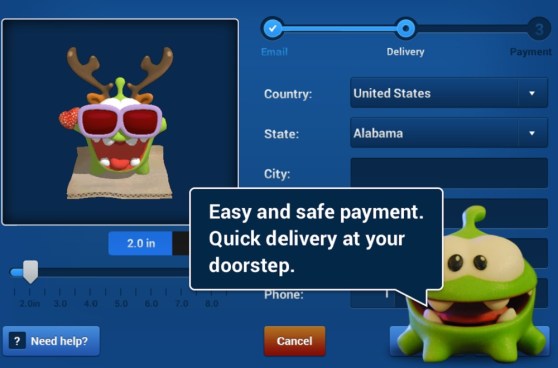 Above: Toyze lets you pay within its app.

It isn’t easy to create the 3D characters, since Toyze’s own artists have to re-create the characters based on models provided by the game makers. That’s because the artists need to make sure that an object is printable and sturdy, and that it has high-resolution details.

“We need more polygons for higher resolution, and 80 percent of the developers don’t have these kinds of 3D models,” Laurs said. That means it will take time to come up with a lot of game characters, but it also means that it won’t be easy to copy Toyze’s business plan.

Laurs founded the company in 2014 and funded it via his Nextury Ventures fund. The company has eight employees. Laurs said he is funding 10 early stage companies in 2014. 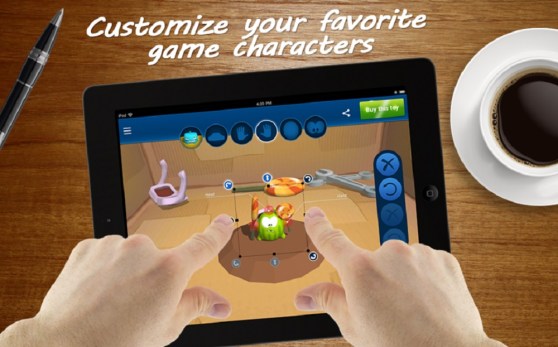 Above: Toyze lets you customize your 3D printed toy with your fingers.