The free-to-play MOBA (multiplayer online battle arena) model is just about everywhere — and it will soon be on the PlayStation 4.

Trans Galactic Tournament is an indie game from publisher Kiz Studios and developer Hibernum Creations that debuts this year on the PS4 as a downloadable game. And it’s about time that the multiplayer online battle arena genre — made famous by Riot Games’ League of Legends on the PC — migrates to the PlayStation 4. Sony’s box has no free-to-play MOBAs, and Trans Galactic Tournament hopes to set itself apart from the crowd that are coming (and those already on the PC) with speedier gameplay and a low learning curve. I tried it at this week’s PlayStation’s event in San Mateo, Calif.

You can play as a single-player with bots, or in a 4-versus-4 multiplayer combat. It’s optimized for the PlayStation 4, with high-end cartoon graphics.

The backstor has bunch of characters from all of the galaxies meet for a kind of March Madness-style tournament. Each of the 10 champions has its own lore, and they’re kind of inspired by the characters in Guardians of the Galaxy, said Kiz Studios president Mark Parrish in an interview with GamesBeat.

Multiplayer has three modes: Annihilation (team deathmatch), Conquest (control points), and Plunder (capture the flag). The six arenas have sci-fi themes, with several paths for traffic and vertical objects for multiple movement options. I played in a practice arena against bots. I found it was easy to learn; I maneuvered and fired using the twin-stick controls and buttons on a controller. You can read about the capabilities of your champion, but you can also drill down deeper to get stats on different abilities if you wish. I played with a character with a heavy melee attack, and I found it reasonably easy to get kills, so long as I concentrated on the enemies. I kept falling into some traps in the map, so I learned to be careful about that. 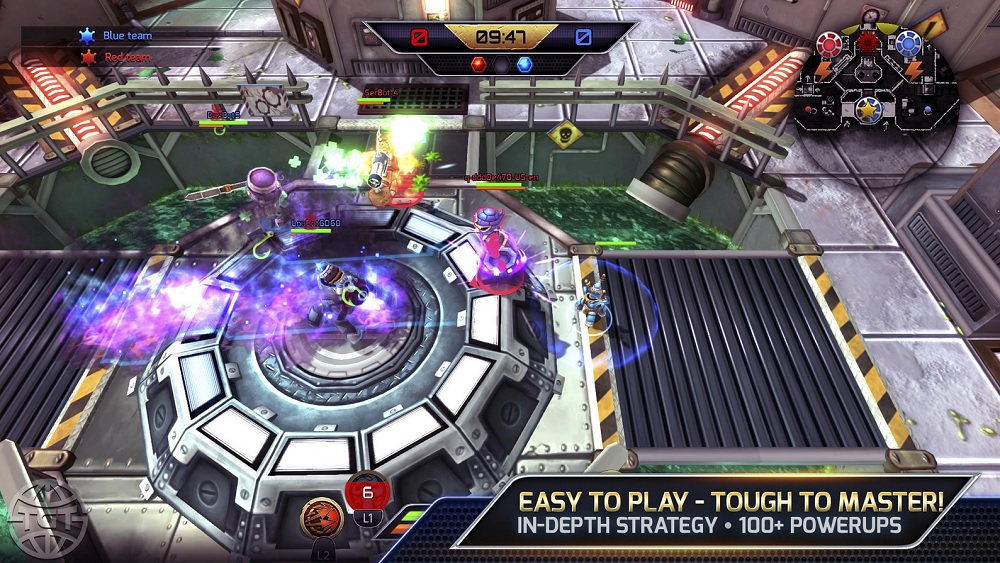 Above: Trans Galactic Tournament has modes like capture the flag.

You can jump in for quick play, or you can form clans and battle against other teams.

The monetization follows a typical League of Legends-style pattern. You get access to some champions on a rotating basis, but if you want to own a favorite character, you can purchase the character via an in-game purchase.

Trans Galactic Tournament has in-depth customization. You can earn skills through training or combat, and you can also earn different kinds of equipment. It has more than 100 power-ups, 60-plus skins and emotes, and more than 30 weapons. You can earn trophies and daily challenges, and you can always see where you rank on the leaderboards.

Matches last for five minutes or so, which makes it much more casual than other MOBAs such as Vainglory on mobile devices or League of Legends on the PC. It’s wacky and irreverent fun.

The intellectual property comes from Kiz Studios of Atlanta and Hibernum in Montreal. Kiz originally tried to launch the game on the PC under a different name, but it has adapted it for the PS4 as an exclusive, Parrish said. 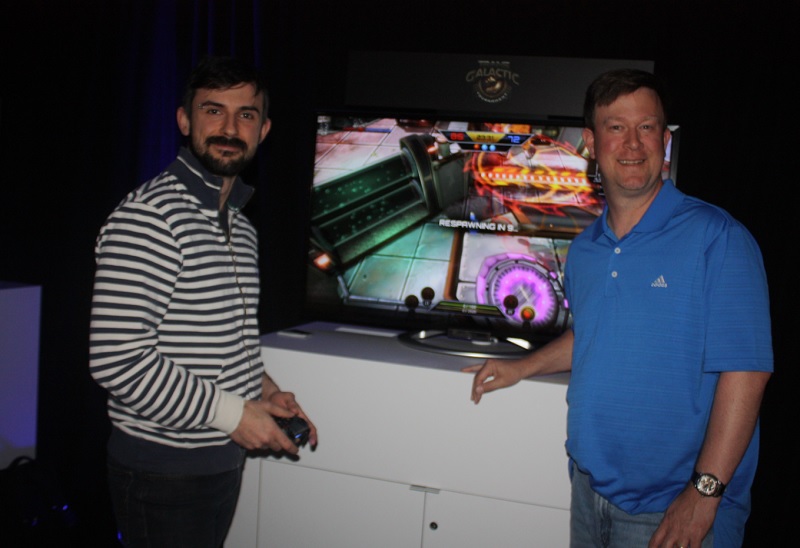