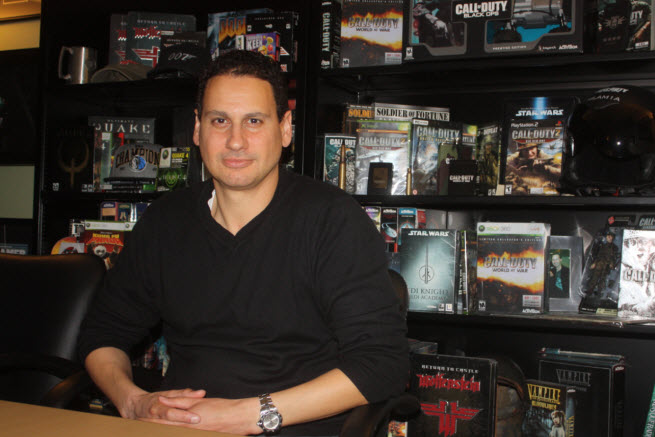 Mark Lamia’s day of reckoning is approaching: Nov. 13. That’s the day that Activision Blizzard’s Call of Duty: Black Ops II goes on sale around the world. The previous Call of Duty games have been the fastest-selling games of all time. And once again, Lamia’s Treyarch game studio is up to bat on the franchise (it shares development duties on the franchise with Infinity Ward). This time, the developers took a lot of risks, taking the storyline of the game from the late 1960s into the near-future of combat in the year 2025. While the battlefield is full of deadly drones and robot mechs, Call of Duty still focuses on the infantry soldier’s combat experience.

We spoke with Lamia about what Treyarch tried to accomplish and how they will define success as hardcore fans pick up the game on Nov. 13. Here’s an edited transcript of our interview. 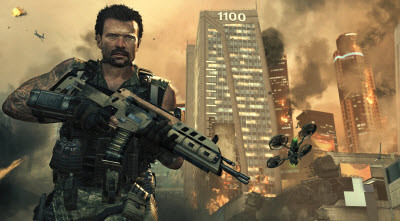 GamesBeat: You’re already in the category of the fastest-selling game of all time. What kind of goals do you have left?

That starts from our setting. Black Ops was set in a different time period. This is set in the near future, and there’s also a time span here that takes place in the ’80s. If you look at the campaign, we’ve changed up the fundamental structure. It’s different from any Call of Duty game that anybody’s experienced before, the non-linearity of it. There’s a campaign arc that you have to see through if you want to get to the end, but we also have the Strike Force levels, which give you a choice. It affects not only what you’re playing but also the narrative structure of the game. We wanted to introduce greater player choice into the story, giving people these branching storylines and more choice inside the levels. The levels are designed so that you can take different approaches. You can even optimize your loadouts in campaign before you go in.

There’s a lot going on. It has a complex narrative structure that we architected. Players are going to love it. They’ve never gotten to experience that in the franchise. And all the gameplay mechanics have been built around this near-future setting. But it still has some core fundamentals. … The epic, cinematic nature of how we present Call of Duty to players and how they experience it in the campaign is still there. The core gun gameplay, how that feels. People who’ve played it before are going to find a familiarity in it. At the same time, though, there’s a lot that’s new as well. 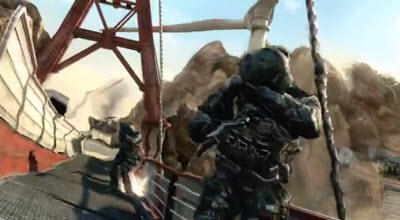 For me and for the team, that’s very important. Bringing it back to your first point, we have this game that a lot of people love and a lot of people play. It’s a franchise. But in order to stay exciting and on top of your game, we have to bring new energy and new experiences. That dovetails creatively with what we wanted to do: something creative, not just an iterative sequel.

You’re always riding that line. You’re creating a sequel. Clearly, a lot of people are interested in that, because they liked the first one. You’re always balancing that, making sure you have something new and enough of what people already love. And that’s just the campaign.

But with multiplayer, it’s the same thing. You’ve played it, right? It feels how a Call of Duty multiplayer game should feel, but it opens it up wide. There’s that thread of choice that we provided the players. It’s accessible and it has depth and replayability. Whether it’s in campaign or the multiplayer, or even in Zombies, those are important design goals for us.

GamesBeat: How do you feel about the competitive noise this year? Last year, we had a lot of manufactured attention about Battlefield 3 versus Call of Duty: Modern Warfare 3. This year Medal of Honor: Warfighter is out, but it almost feels like we’re seeing more divergence this time. What’s your observation about the competitive environment?

Lamia: First off, it is an incredibly competitive environment. There are so many high-quality titles coming out in just one month, six weeks surrounding our launch. That’s great for the industry and great for entertainment. But when we’re making the game, we don’t know what other people are doing. It’s not really a factor in anything that we’re doing while we create the game.

We have a military theme that runs through our action entertainment product. That’s what we’re doing with Black Ops II. The multiplayer is military-themed, but it’s as much about that competition, especially with our eSports agenda. And then we have Zombies, which clearly distinguishes it from any other games. … [Laughs] 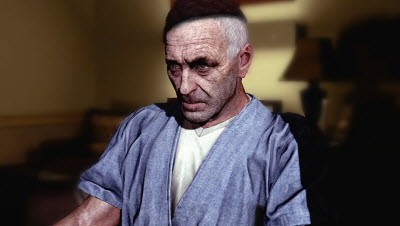 GamesBeat: What kind of sentiment do you detect about the storyline? How has some of that changed since you guys started talking about it and revealed more things? What kind of feedback is coming in?

It’s interesting to go into the future and see how warfare has changed. This villain is a villain in the past — he’s a narcoterrorist and a dealer in arms — but in the future he’s taken on different means to achieve his goals. There’s a lot of really great stories for each of our characters. They have their own arcs in the game, and the branching affects that. Certain decisions you make will have an effect on the entire structure of the narrative the game is going through.

The fan reaction to us taking on a new setting and telling a story in this new time period has been great. You get all kinds of feedback on a Call of Duty game, especially since people haven’t experienced it yet. People have all kinds of opinions. But generally, I think they’ve been surprised and delighted that we’re trying to bring something new to the franchise. They appreciate all those things I was talking about in terms of trying to push things forward.

The trailers that we’ve put out were very deliberate as far as trying to make people understand that we were going to be telling a story in our campaign and in multiplayer. We’re going forward with customization and player choice and the eSports. We have this expanded world that has exponentially more choice. People appreciate the ambition of this game. They had some preconceived notions about what Black Ops II might be, especially given the success we had with the first one. I think this is unlike what anyone expected us to come to the table with. 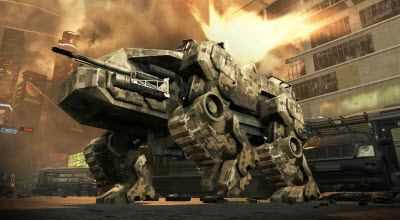 GamesBeat: Is there anything else that’s noteworthy coming in the final run-up to the game’s launch?

Lamia: When you run a studio, you feel differently about different projects at the end. After you create something and you’re going to put it out there and you know that a lot of people are going to have a lot of different opinions about it. … I look at this project as something we’ve thrown our hearts and souls into over the last two years. It’s the culmination of almost a decade’s worth of building this team. That’s what this game is.

Many people won’t have played a lot of our other games. Some people will have played Black Ops, some might have played World at War or Big Red One. We have people on the team from back to Call of Duty: United Offensive. You can see how, as a studio, we’ve been building up, how this is where we’ve gotten to.