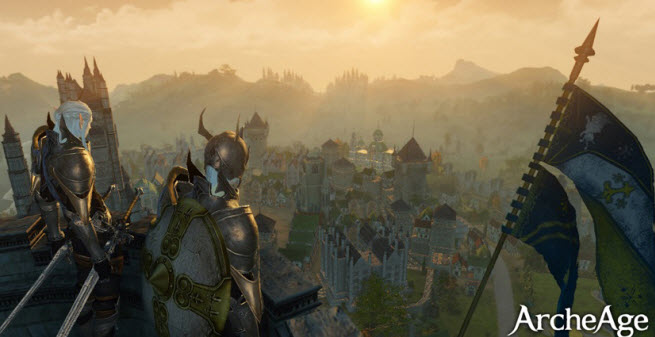 Trion Worlds has signed a deal with South Korea’s XL Games to bring the big-budget fantasy role-playing game ArcheAge to Western markets. It will publish the game on its Red Door online commerce platform in North America and Europe. The deal represents a major bet on the massively multiplayer online gaming business, which is competing fiercely for the attention of consumers alongside rivals such as social, mobile, and console games.

The title has spent six years in development, and its creator is Jake Song, who made the smash hit online game Lineage. It has been in closed beta tests for two years and has launched in beta testing in Korea. For Trion, the deal is a big coup, said Lars Buttler, the chief executive of Redwood City, Calif.-based Trion, in an interview with GamesBeat. He described ArcheAge as having an “incredible amount of polish.” Trion aims to launch the game later this year in North America, Europe, Turkey, Australia, and New Zealand. 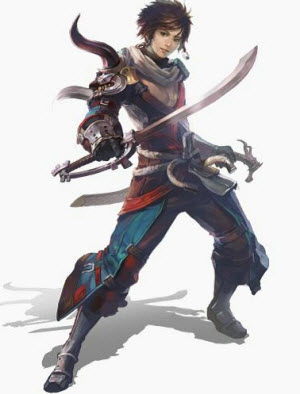 Trion is the publisher of Rift, another fantasy MMO that also took about six years to make. Buttler said that the game generated more than $100 million in revenue for Trion in its first nine months, and the title will soon be coming out in China, one of the biggest MMO markets. Trion also developed an online games publishing platform dubbed Red Door, which it can use to publish games developed by other companies. One of the premier games coming up is Crytek’s Warface, a modern combat shooter that is expected to be published this year.

ArcheAge might seem similar to Rift, but Buttler says the two are different. ArcheAge is divided into two continents. The western one (Nuia) is designed to appeal to Western gamers, while the eastern one (Harihara) is targeted at Asian gamers, who prefer different art styles.

“We’re thrilled to be working with Trion Worlds, a company who is setting a new standard for gaming by embracing original, high-quality [games] on a dynamic connected platform,” said Song, the CEO and founder of XL Games. “We are impressed with Trion’s track record as they have consistently delivered against an unwavering vision; we are confident partnering with Trion will help bring ArcheAge the success it deserves.”

Buttler described Song as a “perfectionist in the best way.”

The addition of ArcheAge will give Trion a busy spring, with Rift China, ArcheAge, and Defiance (an open world sci-fi shooting MMO that is debuting in conjunction with the launch of a SyFy channel show on television starting in April) all moving into large-scale beta tests that precede official launches.

“We could have half a dozen launches this year,” said Buttler. “We are on an amazing inflection point now. We think [Red Door] will be the winning platform.”

Buttler also said that company will publish its online games on “any connected device.” His company is operating “games as a service,” where you launch a game and continually update it.

In ArcheAge, players choose a continent and then launch a virtual life in the online world. They can design their own characters and engage in all sorts of activities such as farming, flying, trading, building ships, creating underwater gardens, fighting naval battles, and more.

“It’s all you expect from a triple-A game,” he said. “In this category, you have to see World of Warcraft as competition.”

Tencent will introduce ArcheAge in China while GameOn will publish it in Japan. GigaMedia will publish it in Taiwan, Hong Kong, and Macao. That’s as close to a global launch as any MMO has ever had. Trion will translate the title and make changes to suit Western audiences.

Buttler described Red Door as a true web-based platform consisting of the back-end infrastructure and monetization tools for a huge online game. It has a development platform aimed at speeding up publication and a server architecture designed for dynamic events, where changes happen to the game world on the fly.

Meanwhile, Buttler said that the company has delayed the launch of its End of Nations real-time strategy MMO. The title was made by external developer Petroglyph Games in Las Vegas. But Petroglyph’s contract expired, and Trion decided to bring the game in-house to finish it, said Buttler. That resulted in layoffs at Petroglyph at the end of 2012, and Trion absorbed a number of its developers. That team is now making the game “more accessible,” said Buttler. That means the team is making it easier for players to get started more gently.

“It will take longer, but it was the right decision to bring it in-house and polish it more,” he said.

But the delay isn’t a problem since Trion will be more than busy publishing other titles in the first part of the year, said Buttler.

While Rift was tied to the PC, future titles will run across platforms. Defiance, for instance, will be published simultaneously on the Xbox 360, PlayStation 3, and the PC. Over time, Buttler said the company will embrace smartphone and tablet platforms in a bigger way. Right now, Rift has companion apps, but those don’t let you play the same game while on the run.

Trion has a big war chest to publish huge games. The company raised $85 million in early 2012. Trion has more than 500 employees.

“We created a wish list from day one with the start of Red Door,” said Buttler. “We got Warface from Europe, and from Asia, we got ArcheAge.”

Here’s a trailer video for ArcheAge.