Trion Worlds created its massively multiplayer online game (MMO) infrastructure to publish internally produced titles such as Defiance and Rift. But it has opened up the platform to third parties, and the latest company to take advantage of that is South Korea’s Ginno Games. Trion is announcing today that it will publish Ginno Games’ free-to-play Devilian online game in Western markets.

Devilian is a fantasy action role-playing game that has already been released in South Korea and Thailand, and Trion will publish it on the PC in the West. The fantasy MMO market is crowded, but Devilian’s unique twist is that you can play the game as a normal character, or you can summon your Devilian form, or a supercharged version of yourself, to fight in combat. Devilian presumes there’s a devil within us all.

It’s an open world with combat against artificial intelligence characters or other human players. You can separately level up your normal character or your Devilian self, following a whole new progression path. In contrast to other rival RPGs, Devilian is a full MMO, where you can socialize and interact with other human players. The game has a huge fantasy world with a map that is divided into numerous regions. Each one of those regions is like a world unto itself. 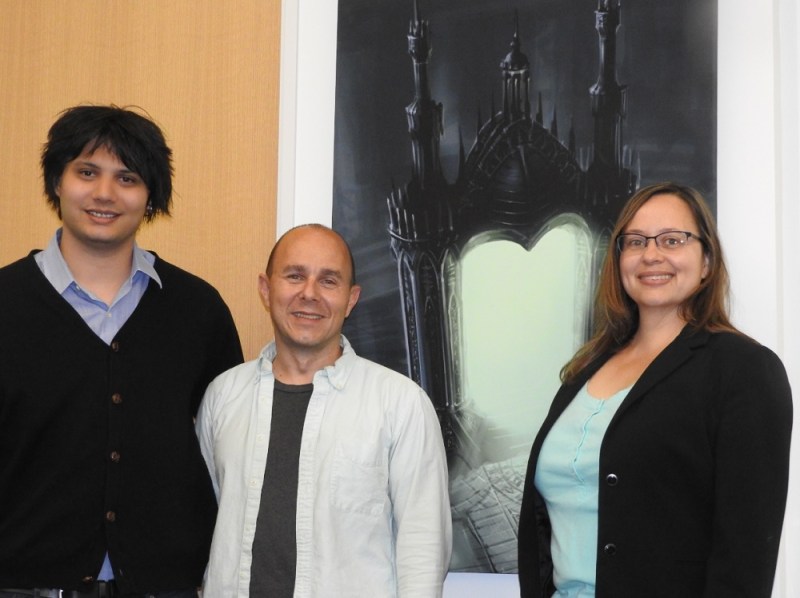 You can enter player vs. player mode and become your Devilian character automatically. The PvP action can be three-on-three or as many as 20-vs.-20. The title uses a custom engine to deliver high-end graphics and physics. And Devilian takes advantage of Trion’s infrastructure to create “rift events,” where a tear opens up in the world and enemies invade the fantasy world. In these events, players converge on the spot and fight together to expel the invaders.

The character types include an Evoker who casts spells. She can pull enemies into a void. The Shadow Hunter is a whip wielder who can do ranged attacks. The Cannon Shooter is a traveling class, and the Berserker is a melee, dual-wielding soldier. I watched the Shadow Hunter go into action against a bunch of skeleton-like creatures. It was fast and furious. You can collect talismans to gain new power. You can also merge talismans to create more powerful talismans. And you can hop onto mounts and ride them into combat.

The game is quest based, and there is a full storyline that you can follow. Along the way, you encounter “open world bosses” that require the cooperation of a lot of different players. If you all attack at once, you have a better chance to win. You can team up with your own guild members to fight, or you can enlist players from guilds that are allied with your own guild. You can also give out gifts to your friends. The game has dungeons that are best tackled with other players, and you can go on raids with up to ten players.

The partnership was made possible because Trion Worlds rebooted its strategy and decided to use its advanced MMO technology to publish other games. Under Hartsman, Trion Worlds expanded its strategy of pursuing third-party MMO game developers in the past couple of years.

“It’s still a costly affair to run your own MMO, even in the era of cloud computing,” said Scott Hartsman, chief executive of Trion Worlds, in an interview. “A lot of these systems, they’re not quite scaled. Cloud has scaled fantastically for asynchronous services like web services and synchronous services that are less intense. But the economics don’t quite make sense for hardcore server-based games. We’re taking that message to people here in the states, people in Korea, people in Canada. We’re talking to three or four companies in Europe. We’ve been talking to pretty much everybody.” 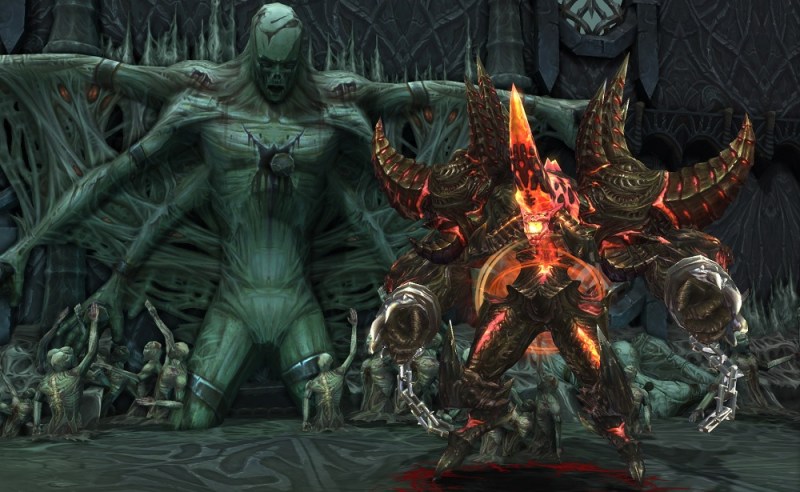 Above: Devilian is being published in the West by Trion Worlds.

It worked with Jake Song (developer of Lineage) and his development company XL Games to publish the ArcheAge MMO last September. Hartsman said that launch went well, and more developers approached Trion as a result. He said his team happened to meet the Devilian team in a bar in South Korea, by chance.

“We are the partner that helps bring it to a new audience,” Hartsman said. “They continue providing the game. We do things like the localization, the operations, the community management, the storefront management, the microtransaction business model design, the client-facing front end, and the server backend. When we say ‘publisher’ it’s more like what you would call ‘partner.’ We’re the exclusive partner for our territory of 38 countries.”

He added, “The thing that made us pick Devilian was just the quality of the game, the fun. We evaluate a lot of games. Some of them, the fun or the quality isn’t there. But it was also our conversations with the developers. They have the same vision as far as where we think triple-A online on PC should be going.”

Hartsman said that Ginno Games owns the Devilian intellectual property. Trion is taking sign-up requests for the beta test now, and it expects to publish Devilian by the end of the year in the West.

Here’s the debut video for Devilian.