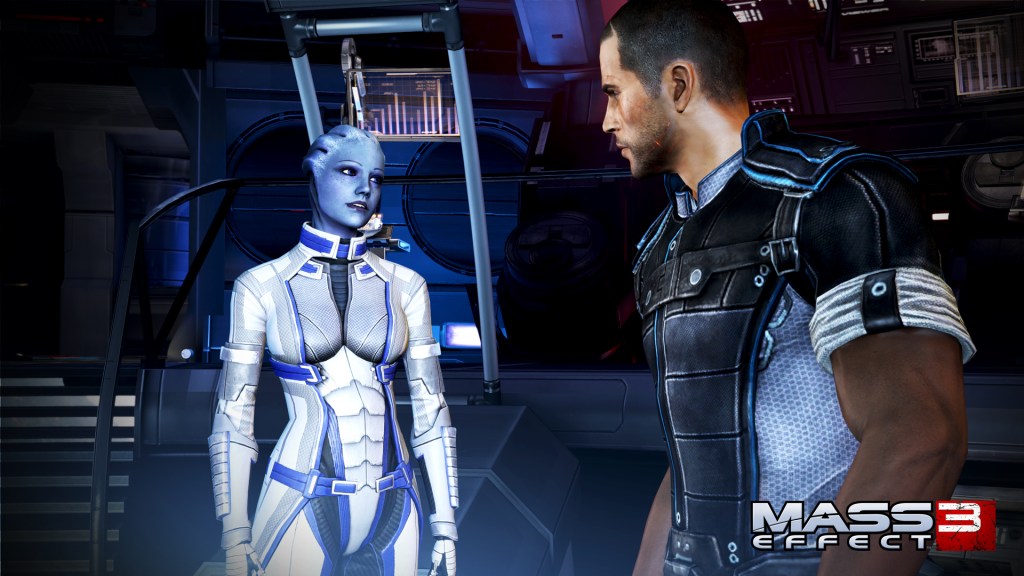 Fresh concerns about the future of European game retailer Game Group have risen today, as it was revealed that the company will not be stocking the highly anticipated role-playing-game Mass Effect 3. A company spokesperson blamed this on a “supply issue”, while a leaked memo to store staff suggested Game could not agree to credit terms with publisher Electronic Arts.

The beleaguered U.K.-based retailer has already seen its shares lose 90 percent of their value over the past year. Today’s news that it will not be stocking Mass Effect 3, or any of EA’s other March releases — including FIFA Street, Tiger Woods 13, and Sims 3 Showtime — saw its share value drop a further 16 percent, to less than £0.05.

With Game set to post an £18m loss for the year to January 31, and lenders pressing for the company to sell its stores in continental Europe, credit issues have come to the fore. The retailer recently failed to stock Wii RPG The Last Story, Tekken 3DS, as well as Ubisoft’s entire PlayStation Vita launch line-up.

Game’s problems are partly due to a general lack of activity at brick-and-mortar stores, with strong competition for sales coming from online giants such as Play.com and Amazon. Its position has not been helped by the general decline in video game sales seen during 2011, alongside the increasing number of people downloading games directly from digital marketplaces.

In addition to the EA titles missing from Game’s shelves this March, there will be no copies of Mario Party 9. A Game spokesperson said, “We are in talks with Nintendo to resolve this, and we apologize to our customers for this disappointing news.”

Game has issued a statement on its website, explaining the problem with Mass Effect 3 to its customers. The statement says, “The high street is having a tough time at the moment because people have less money to spend. We’re doing as much as we can to give our customers the widest possible range during this time, but as flagged before, we need our partners’ help in order to do this. We want to be in a position where we’re selling as much of their products as we possibly can. We need their help to do this and that’s what we’re working on at the moment.”

EA’s Q3 financial statement, issued on February 1, spoke of concerns “with the financial condition of one of our major European retail partners, which could lead to both increased bad debt and lost sales.” The current situation at Game certainly reflects these concerns, and a leaked internal memo, obtained by Eurogamer, indicates that the failure of Game and EA to agree to credit terms is the cause of the situation.

The memo reads as follows:

“Last week we held an event for our partners in the industry and explained the challenges we are facing in the short term – and we asked for their support. We asked them to trade with us using manageable credit terms, and for them to continue to do that whilst we work through the strategic review and refinancing our business.

“We gave the industry commitments – we committed to integrity and openness in our dealings, and working with everyone equally.

“We committed to only stocking products on which we could get the right credit terms, regardless of the title or the supplier. We will not stock products if the terms are not right for our business – we will not sacrifice long-term credit requirements for short-term sales opportunities.

“As a result of us taking this position – a position that we believe is critical to our long-term health as a business – we have taken the very difficult decision not to stock EA’s March releases, including Mass Effect 3.

“As a specialist retailer dedicated to games and gaming, it is never easy to make a decision not to stock a title, particularly one with such a strong fan base, it is imperative that we treat every supplier evenly, that we stick to our commitments, and that we don’t sign up to payment terms that will hamper us further in the future.

A spokesman for EA told The Guardian newspaper, “Game’s challenges with several of its suppliers is regrettable, however given the incredibly high demand for Mass Effect 3 we want our consumers to know that the game is available at a wide variety of retailers across the UK and Europe.”

Piers Harding-Rolls, from research firm IHS Screen Digest, said: “It’s a big blow that they can’t stock these bigger titles.” He added that it was in EA’s interest to help resolve the problem: “Game is a vitally important partner in terms of their distribution network. They will both be working for a solution that works for both companies.”

With Mass Effect 3 set to be a sure-fire hit this month, Game will no doubt be counting the cost of lost revenue from its failure to stock the title. In the long term, it remains to be seen whether these financial troubles can be overcome, or whether they will eventually lead to the closure of Europe’s largest brick-and-mortar video games retailer.

VentureBeat has reached out to EA for further comment but has yet to hear back.