Steam’s Early Access is a bit of a mystery. Players know it enables them to try out upcoming PC and Mac games before they launch, but it’s easy to chalk the program up as any other beta or alpha release.

To Jean-Francois Major, the cofounder of Mercenary Kings developer Tribute Games, both assessments aren’t wrong as much as they’re inadequate. The program — part of Valve’s digital-games distribution service, Steam — was the next step in the 2D action-platformer’s public development after it exceeded its crowdfunding goal of $75,000 (it raised $116,064 total) on Kickstarter in September 2012. We followed the indie studio’s progress with Early Access from when it began last year in August through the seven months leading up to Mercenary King’s launch today, March 25, for PC and April 1 for PlayStation 4.

What the media doesn’t understand

If you’re a member of the press, you’re probably dealing with Early Access all wrong — or at least, not in the way developers want you to.

“I think my main concern is with media,” Major told GamesBeat. “Not all of them seem to really grasp what Early Access is. Or they don’t quite know how to handle Early Access games. We’ve had countless reviews when they should be treated as preview, some of them pointing out issues we resolved a week later. I’d say most reviews will require to be rewritten — very unlikely — by the time the game launches as it won’t represent the final product.” 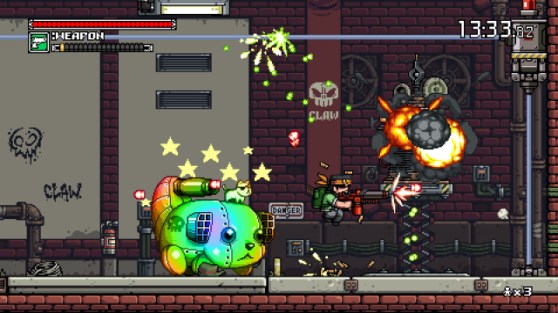 Not all early coverage is detrimental. For one, it gives prospective paying customers an idea of what they’re getting into upfront, and it can help dispel misconceptions.

“One thing that we’ve been struggling with is distancing ourselves from being considered ‘just another Metal Slug clone’ when we feel the game is much more than that,” he said. “Pretty much all articles we get are quick to mention that this is not the case. So I feel it has helped thus far.”

Tribute spent a lot of time (in August, especially) doing bug fixes, adding in content, and reading and responding to player feedback. A number of people requested a level editor, for example, which is something that Major said the team briefly thought about but would be more inclined to create depending on how well Mercenary Kings sold.

“It’s really hard to please everyone without denaturing your game,” he said. “Someone asked for diagonal shooting. Adding such a feature would destroy all our level design. It was just not meant for this. Same thing with split-screen [multiplayer]; we don’t use the full-screen estate when split in two- or three-player games because that would make the cameras too wide and show stuff that isn’t intended to be shown.” 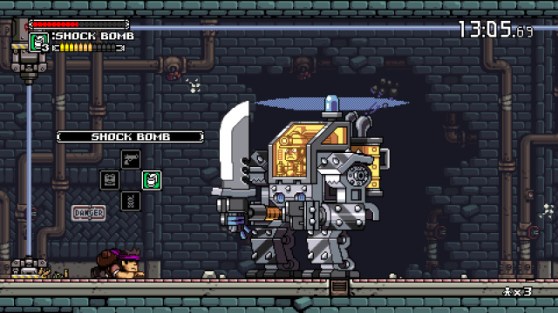 These requests don’t mean players don’t understand what they’re buying into with Early Access, however. Shortly before this article went live, Major linked me to one Steam community thread where a user was asking if testers felt “betrayed” that they were paying $15 for an incomplete and buggy release when thousands of others would get a finished game at launch.

Most forum users disagreed, defending the Early Access process: “The purpose of Early Access isn’t merely to be a tester,” wrote user Jamfrost Jamiro. “You help influence design decisions by providing input/criticism to the developer who will then use that feedback to better the game. For those that participate in that process, the experience is quite positive.”

What the pirates don’t understand

Piracy is a potential problem with any game. But Tribute discovered little ways of dealing with it through Early Access.

“One thing that is kind of funny — or maybe sad — is pirates,” said Major. “We make updates to the game roughly two to three times a week. Torrents just can’t keep up. So we have to try to troubleshoot people running two-week old builds of the game. Some of them even emailed us to ask if we could share a new build. Are you kidding me? Go buy the game on Steam, and you’ll get the updates as we release them!”

That’s the good part about Early Access: People get so tired of tracking down updates that eventually they give in and buy the product. Major added that the developer was able to lock some of Mercenary King’s Steam forums to game owners only, including the bug section. 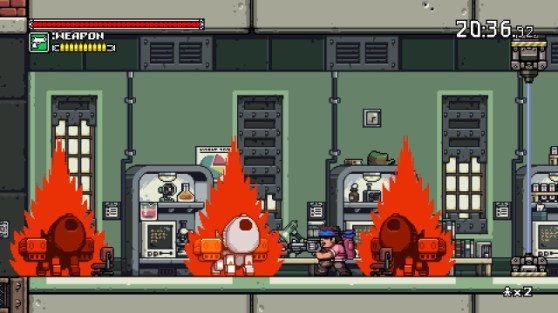 “So if a bug slips into the general section, there’s a chance it’s coming from a pirated copy of the game. By moving the thread to the bug section, we quickly find out [if that’s true] if the guy just stops answering in his thread.”

After Tribute stabilized the game in September, it started filling in missing content. “It’s hard to juggle both at once and figure out a good balance between improving what you have versus what is missing,” said Major.

Early Access and Kickstarter share one main characteristic in common: the amount of work they take to maintain. Tribute’s crowdfunding campaign was a two-month, full-time effort: “Building the project, making the video, making appealing updates to boost interest, interacting with the backers and so on,” he said. And they still had physical rewards to distribute to the backers afterward.

“The first week of Early Access was nearly impossible to maintain,” said Major. “We couldn’t handle the amount of threads popping up on the forums. I’m sure we missed a couple of posts.”

The early state meant Mercenary Kings was hard to market to people on both Kickstarter and Early Access. “I think people are starting to understand that there is so much more to the game than what we we’re able to relay with a very early video and screenshots. Selling the game is much easier now that people can read previews and view a close-to-finished product.” 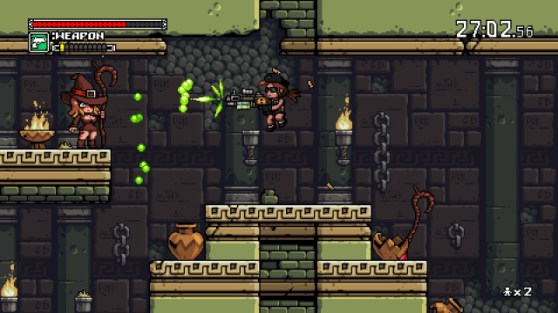 Steam sales help even during Early Access, he discovered. The developer held a 48-hour sale in November, which brought in new players and helped generate more interest in the title.

Major said the whole experience has also been invaluable for polishing Mercenary Kings for its console release on PlayStation 4 as well. “It’s good to be able to test the features that are common to all platforms and make sure they work — rather than having to patch each platform post launch and go through the submission process all over again.

“One thing is for sure. I’ve gained so much more respect for people like [Retro City Rampage creator] Brian Provinciano releasing a game on multiple platforms at once with such a small team.”

How the community made a difference

Even with all of the confusion over Early Access, Tribute gave a lot of credit to how helpful and receptive Steam’s community has been — and how much it’s shaped Mercenary Kings.

“We’ve had valuable feedback from gamers,” Major said. “I doubt the game would have progressed this fast without all those bug reports and feedback posts.”

Someone even made a Chinese version of Mercenary Kings, which — while the developer doesn’t condone piracy — impressed the team. “He had to figure out our file formats, add Chinese characters, and [everything].” That inspired Tribute to open up translation efforts to fans.

“We’ll be distributing our localization tool with the Steam version and see if anyone wants to take on or help with a specific language,” said Major. 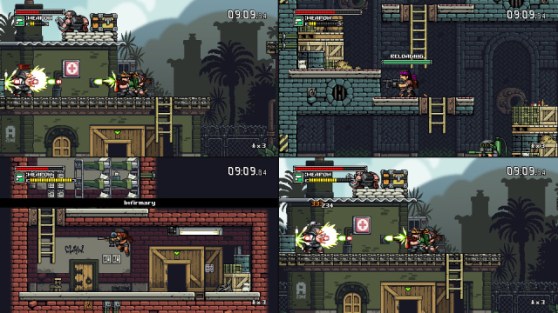 He also pointed out that one notable player, who goes by the pseudonym “Cat Skye,” has clocked over 330 hours in the game and contributed a lot of helpful bug reports. It’s made a real difference to Tribute.

We tracked down Cat Skye, who’s since changed handles. Surprisingly, he didn’t know about the Kickstarter for Mercenary Kings until later, so he was never a backer. But that hasn’t stopped him from putting hundreds of hours into the game even before it officially released.

“I do enjoy the fact that I can communicate with the developers in Kickstarter and Steam Early Access,” he told us. “It lets me know that the developers are listening and that I have a chance to participate in the game’s development.”

He got so involved “out of love for the game,” which he personally described as a mix of Metal Slug, Super Metroid, and Mega Man ZX.

“I had finished the game in a matter of 48 hours — all that was left was to play it all again while running a side job for the developers. I utterly enjoy the game, so why not lend a helping hand? I want to see Mercenary Kings through to its glory. It’s bursting with potential, and the developers are trying their best every day to bring it out.”

And for Tribute, the final quality of Mercenary Kings owes a lot to how much the community put in.

“It seems like the further along we get, the more players talk about our game and educate others that this is not simply a Metal Slug,” said Major. “So that should really help with our official launch.”