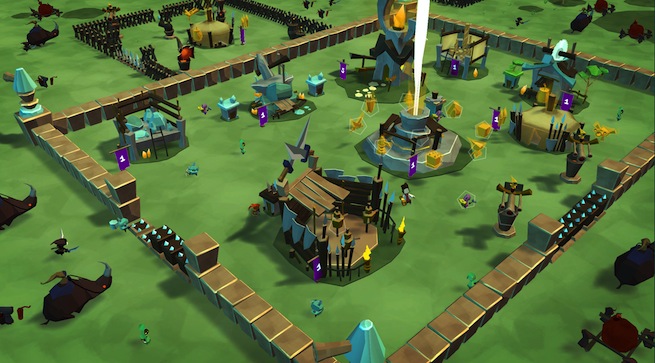 Some of the best things in the world are open source — that is to say that the basic code or instructions for it are available for everyone to use for free. Google’s Android operating system, for example, is open to anyone who wants to use it. That provides companies like Amazon and Ouya with the base infrastructure they needed to create unique software for their consumer-electronic devices.

In gaming, open-source code can lead to a lot of experimentation from smaller developers. That is what technology firm Turbulenz is hoping for. The company revealed today that it is making its HTML5 gaming engine, also called Turbulenz, open and available to everyone.

The rendering code is available now to download from Github. Several developers already use Turbulenz to power their 2D and 3D HTML5 games on tablets, on smartphones, and in browsers.

“The Turbulenz Engine contains an extensive range of features and services for creating games,” Turbulenz chief executive James Austin said in a statement. “The engine was designed to be a complete Internet generation game engine. By this, we mean a game engine that was conceived, designed, and implemented specifically for building games that are played via the Internet using web technologies, rather than as a native application on a console or PC.”

Austin and his team designed Turbulenz with performance and modularity in mind. Basically, that means the engine is malleable and can meet many different developers’ needs while maintaining a decent framerate.

That’s evident in games like 2D arcade-style helicopter game Save the Day:

As an open-source solution, developers will quickly judge for themselves if Turbulenz will meet their needs. Soon after that, gamers will judge whether HTML5 is a legitimate platform or a strange technological anomaly.