The Turkish game studio Gram Games was down to its last $25,000 when it created 1010!, a puzzle game that resembles Tetris but builds on its gameplay. When the game debuted in September, it became a hit, and its success so far has saved Gram Games. The title has been downloaded

more than 25 million times, and it has 3.5 million daily active users.

The title shows that the rags-to-riches business

fairy tale is still alive in mobile games. In Gram Games’ case, all it took was taking an old nostalgic title and tweaking it in a way that enabled a new kind of gameplay. Nine months later, the company is preparing to launch a multiplayer version of the game.

1010! is an addictive title where you lay Tetris-like shapes made out of squares on a 10 by 10 grid. You can’t manipulate the shapes as you can in Tetris. You just have to figure out how to use the shapes to fill out

an entire vertical or horizontal line in order to eliminate the entire line. If you fail to do so and the screen fills up so you can no longer place a shape, then you lose. It’s a very simple title, and it took Istanbul-based Gram Games just a month to make the game — preceded by a few years of hard work and learning.

Mehmet Ecevit, cofounder of Gram Games, said in an interview with GamesBeat that the idea was to create a simple strategy game.

“It has a nostalgic relationship with Tetris,” he said. “It is like Tetris without gravity.”

The title reached more than 2 million installs within 20 days. It hit No. 1 n the U.S. top downloads for free titles, and it has stayed in the top ranks without a relatively small marketing campaign to support it. 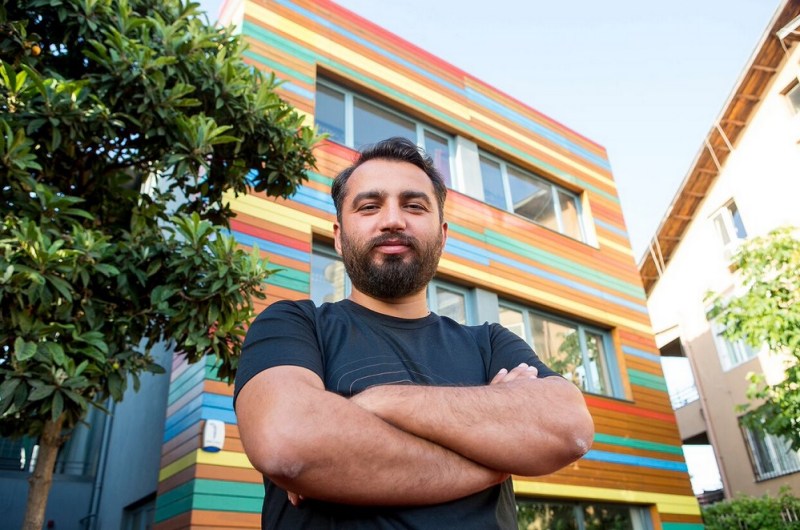 The title stands a good chance of gathering even more momentum, since it’s lot of fun, in my opinion. Actress Hillary Duff, who has 4 million followers, recently gave it a boost when she tweeted about the game.

And it’s a surprise coming from a largely unknown studio in Turkey. Gram Games formed in 2012, founded by Ecevit, a self-taught programmer, Kaan Karamanci, and Alpay Koralturk. Their philosophy was to learn continuously, be driven by data, hire the best people available to grow, and maintain their gamer roots in their corporate culture. Ecevit’s first job was as a shepherd. That was one of the ways he paid for his education.

The company released three titles and found enough success to keep going. But it was down to its last $25,000 last fall.

The title emerged during the company’s Prototype Wednesdays, an event where all the staff put their work on hold to focus on prototyping a pet project. The 1010! title came out of that process. The game was prototyped in a day, tested internally, and built and released within a month.

“We almost didn’t finish the project,” Ecevit said. “We sent it to family and friends, and they liked it.”

In some ways, the hit game wasn’t a surprise. Ecevit has tried to instill a culture of creativity at Gram Games. The company has a strong focus on team culture, including regular staff dinners, celebrity events, LAN parties, and concerts. The programmers write code in a big garden. The average age on the team is about 25. 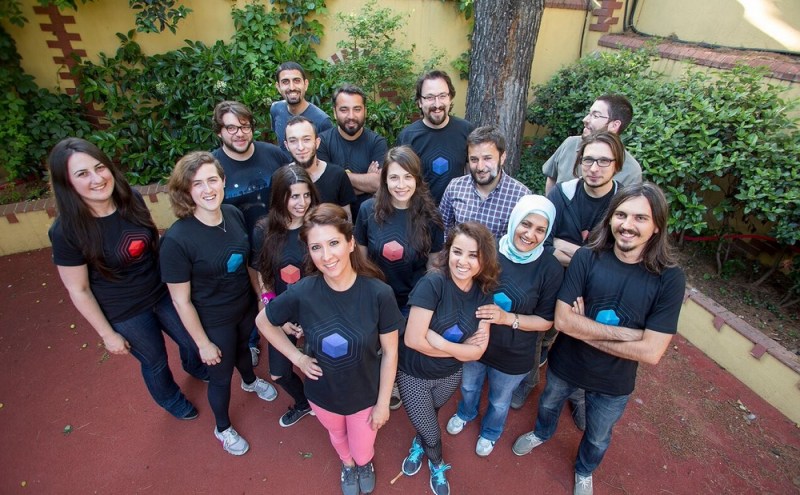 The company had just five people when it made 1010!, but now it has 20 employees. On the global stage, it competes with the likes of Supercell, Machine Zone, Gree, and DeNA. There are already more than 500 clones of the 1010! game on the market, most of them in Asia.

The company has raised $1.1 million in a couple of rounds to date. Gram Games’ investors include Hummingbird Ventures (Deliveroo, Shutl, Avinity) and serial business angels Fabrice Grinda, Jose Marin, Kaan Karamanci, and Tunc Yalgin. Ecevit said the company is opening an office in San Francisco, and it is talking to investors for a possible round of funding.

Meanwhile, Ecevit said that Turkey’s gaming ecosystem needs help. So Gram Games has also set up its own tech accelerator, 2Tons, to help local game developers in Turkey. They share knowledge and publish their titles with lower marketing costs.

Above: 1010! is a big mobile gaming hit that resembles Tetris.