StreamElements, a company that creates tech for streamers, released a report called “State of the Stream” that has details on Twitch and YouTube Gaming‘s performance in 2018. According to the report, Twitch viewers watched 9.36 billions of content in the site in 2018. That is a growth of 25 percent over 2017.

YouTube Gaming’s live content earned 2.3 billion hours, which is 25 percent of what Twitch accomplished. However, YouTube Gaming saw more growth than Twitch between 2017 and 2018, increasing those hours watched by 104 percent.

The report also includes a list of the 10 most viewed streamed games of 2018. Unsurprisingly, Fortnite is on top. 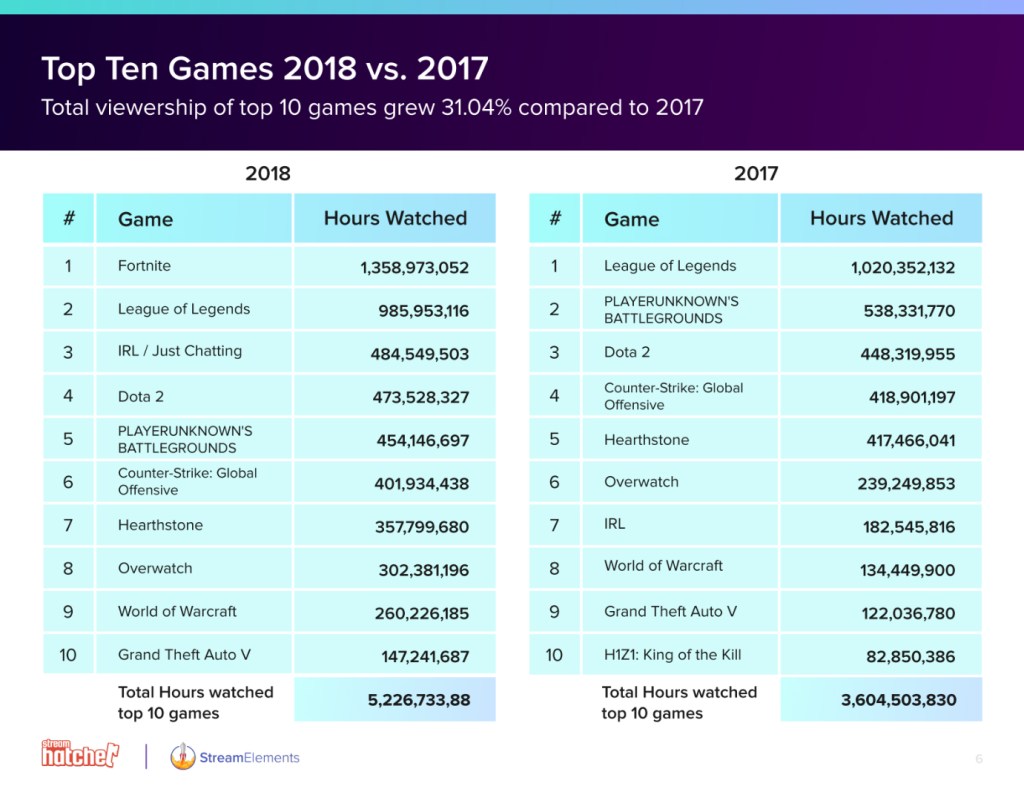 However, Fornite’s viewership is on a downward trend. It peaked during the second quarter of 2018 with just under 400 million hours. That was down 15 percent to 340 million during the fourth quarter. But it still has a commanding lead as streaming’s most popular game.

PUBG, Fortnite’s biggest battle royale rival, saw a drop in hours watched. PUBG was able to rise in 2017 as the originator of the battle royale craze. Fortnite released it’s battle royale mode late in 2017, and it has since become a sensation, stealing some of PUBG’s thunder (and audience).

It’s worth noting that IRL (in real life) is missing from the 2018 chart because Twitch has split it into multiple categories, including chatting, food and drink, and travel and outdoors. When combined, IRL actually grew by 302 million hours.