Livestreaming a game on the Twitch video service leads to better sales, according to research that a Twitch seinor researcher released today. That’s an important finding, as Twitch has grown well beyond 100 million monthly viewers.

Danny Hernandez, a data scientist at Twitch in San Francisco, did a study on how much exposure the site can do for a game in terms of spending by consumers. He asserted that 25 percent of sales of games such as Punch Club and The Culling are directly due to Twitch. And he attributes increases in player retention from week-to-week as high as 15 percent, thanks to Twitch. (Though we note that this research comes from a Twitch employee, not an independent source.) 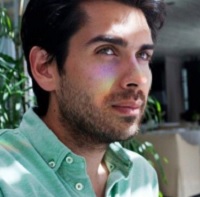 Above: Danny Hernandez of Twitch

“Pick up the money you are leaving on the table. Invest in your Twitch community,” Hernandez wrote.

Livestreaming could theoretically discourage someone from playing a game, if you watch someone playing it and conclude it’s a bad. But it can also get spectators excited about a quality game and spur them to purchase it, Hernandez noted, because Twitch provides the most authentic preview of a game on the Internet. It’s like watching your friend play on a couch and liking the game so much that you buy it yourself.

“I found that when a Steam connected viewer watched a game on Twitch, their odds of purchasing the game within 24 hours went up substantially,” Hernandez wrote. “So I attribute purchases that fit this ‘watch then buy’ pattern to Twitch.

Developer TinyBuild launched a Twitch plays Punch Club channel with the novel slant that the game would be released when the people in chat beat the game. After Twitch viewers beat the game, TinyBuild kept doing things right, and they gave a bunch of broadcasters keys right after the game launched to keep up momentum.

Within six weeks, 1.2 million viewers watched Punch Club on Twitch, Hernandez said. The viewing experience was so compelling that 2.8 percent of Steam-connected viewers went on to buy the game.

“Given the assumption that steam connected viewers, 0.53 percent of views, behave similarly to Twitch’s global viewership, I estimate 25 percent of Punch Club sales are directly attributable to Twitch,” Hernandez said.

Another finding wasn’t intuitive. Hernandez concluded that 46 percent of sales to broadcasters that average between 33 and 3,333 concurrent viewers on Twitch. This is because, he believes, smaller channels are more like your friend’s couch and less like a stadium.

“This is strong evidence that Twitch does more than just remind potential buyers that your game exists,” he wrote. “Some channels are much more likely to convert a viewer into a buyer. The biggest channels on Twitch have massive reach. Much of their reach comes from their ability to influence other broadcasters.”

After Lirik, one of Twitch’s most prominent broadcasters, played the game Hurtworld, many mid-sized broadcasters followed suit. Hernandez estimated that 10 percent of Hurtworld sales on Steam are attributable to Twitch, while 52 percent of those sales were from channels that averaged between 33 and 3,333 concurrents.

Hernandez also found that viewers who watch Dota at least once on Twitch had a 5 percent improvement in week over week retention, or returning to the game.

Hernandez concluded, “There is now strong public evidence that game creators should foster their Twitch community both pre and post launch in order to move units and retain players. This means building out your community by giving out early access, getting game design feedback from broadcasters, and considering a Stream First approach. All game devs should get their community manager focused on Twitch and start a dialogue with us.”