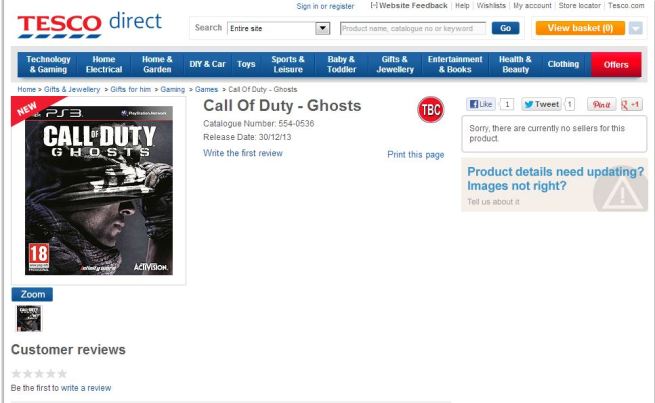 A few retailers may have pulled the trigger early on revealing the next Call of Duty game.

Cover art for a game called Call of Duty: Ghosts from Activision and Modern Warfare 3 developer Infinity Ward appeared on the website for U.K. retailer Tesco today. An unconfirmed Target ad, pictured below, also lists the item for PlayStation 3 and Xbox 360.

GamesBeat reached out to sources at Activision and Infinity Ward, but neither company returned our request for a comment. We will update this story if that changes. 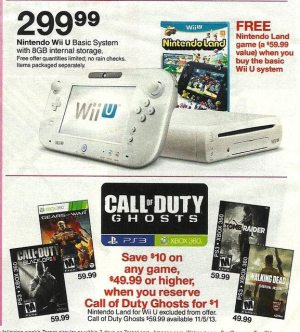 We reached out to Tesco, who has since pulled the game from its website. A customer service representative told us that the reason it was pulled was because someone posted it prematurely.

“It was put up accidentally,” the Tesco customer service rep told me over the phone. “I think they made a mistake, and that’s why they took it back off.”

Similarly, a Target customer service representative told GamesBeat that the game is in one of the retailer’s advertisements. She also said that I couldn’t pre-order it yet since it wasn’t in the Target online system.

Since Activision isn’t talking, we’re don’t know what “Ghosts” in the subtitle refers to, but In the Call of Duty: Modern Warfare series, a character named Simon Riley goes by the handle “Ghost.” He is a member of Task Force 141, which plays a central role in the recent Modern Warfare games. Ghost also wears a distinctive skull mask and sunglasses that sets him apart from other characters.